Nairobi MCAs promise to shoot down finance bill if not amended 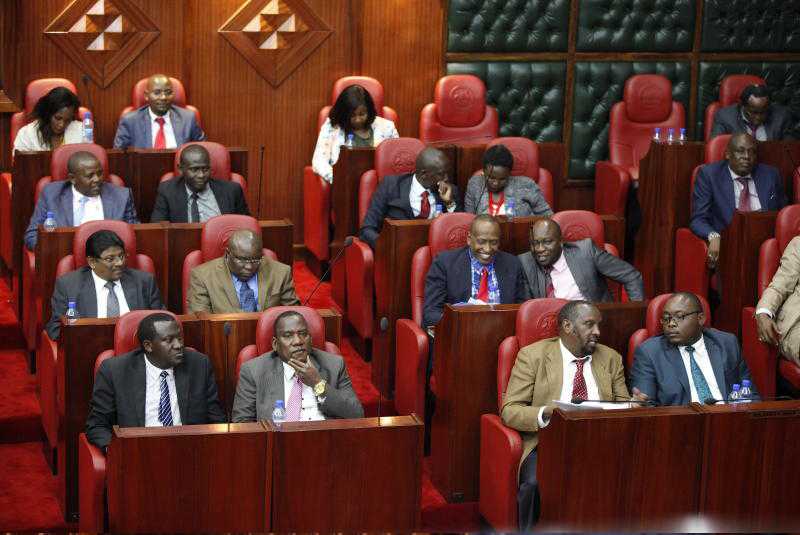 Nairobi county assembly MCAs have vowed to reject the proposed Finance Bill that seeks to impose several levies on residents unless it is amended.

At the same time, city residents want a review of the bill to reduce the charges.

The 2018/19 revised Finance Bill proposes an increase of parking fees from Sh300 to Sh400 and a monthly waste management fee of between Sh100 and 500. Pitching of tents that accommodate over 200 people will attract a levy of Sh30,000 while Sh1,000 will be charged for preaching at the park if the Bill is adopted.

But Nairobi MCAs say the bill must be revised to lessen the burden on city residents.

Members of the Budget and Appropriations Committee have been holding public participation forums on the bill. They met residents in Waithaka on Monday before heading to Jericho.

Committee chairman Robert Mbatia said he will make sure residents are not over-taxed.

“Issues that came out during our meetings were to do with the proposed levy on waste and lack of water. Residents of Waithaka felt more water bowsers should be hired to address the shortage. The proposed levies on tents and preaching at parks also caused a lot of concern because these type of activities are very common in the area,” said Mbatia.

Passengers and crew praise smooth first return flight from US

As KQ celebrates four successful flights on the new route, KQ appears to be just getting started with its ambitious plans for the future.