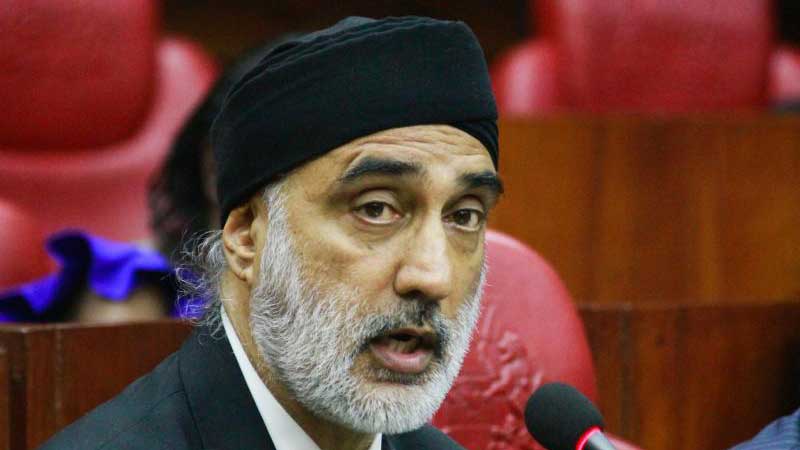 West Kenya Sugar Company boss Jaswant Rai (pictured) yesterday claimed he is being fought because of his company's outstanding performance.

Rai, appearing before National Assembly Committee on Implementation said his company has done what no other firm has done by paying cane farmers promptly.

“I am a victim of jealousy because I pay farmers for their sugarcane within seven days while other millers take months or even years to pay the farmers. We must think about the farmer first,” he declared.

West Kenya and Butali Sugar companies said cane poaching had reached worrying levels and if not addressed, many millers would close down and expose thousands of workers to agony.

Rai and his Butali counterpart Sanjay Patel accused each other before the MPs of orchestrating cane poaching.

Rai told the Moitalel Ole Kenta-led committee that he is ready to table evidence and documents  to prove that all along he has had the interest of sugar cane farmers at heart.

He also disputed claims West Kenya Sugar got its licence illegally. “What you are being told are just wild allegations. When I share with you the details you will realise that what is being alleged is not true. We were licensed in 1981, “said Rai.

Rai told MPs that because of his company success, other millers are determined to bring him down.

Patel blamed cane poaching on the inactivity of the regulator. “Presently as hurtful as cane poaching is, absence of regulation has resulted in establishment of weighing bridges everywhere and poaching of  even of grossly immature sugarcane is being undertaken with abandon,” he said.

Scandal involves judicial officers and banking officials who received money from the law firms but failed to remit the same to authorised accounts.