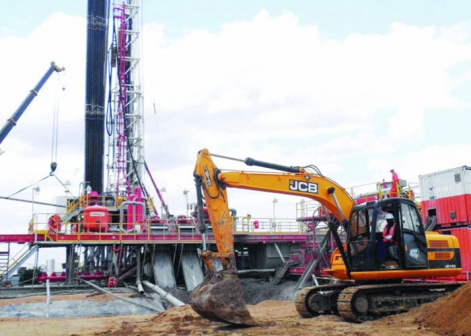 Efforts by local firms to block oil exploration in six wells in Northern Kenya have failed.

It has emerged that the case, which had been filed by Interstate Petroleum Company, seeking to quash oil exploration permit for block 10BA, 10BB, 11A, 11B, 12A and 13T will now not proceed. The permit had been issued by the Energy ministry.

The Court of Appeal in its verdict noted the firm had filed a similar case, which had been dismissed by the High Court.

Intestate had filed a Judicial Review case on December 16, 2010 before Justice Martha Koome, claiming that the Energy Permanent Secretary used the information given to him to issue permits to other firms, thus denying them an opportunity to explore oil.

The court heard that Intestate found some substance, believed to be oil in the process of drilling water in Turkana. But the judge dismissed the case.

Another case was subsequently filed by Moses Kengara and Edward Onyancha, and this time the complaint was that the PS and the firms that had been given the permit had defrauded and expropriated Intestate’s secrets contained in the chemical analysis report founded on oil samples within the six blocks.

In the appeal, Judges Festus Azangalala, Gatembu Kairu and Agnes Murgor ruled that filing another suit was an abuse of the court process.

“In our judgement, the subsequent judicial review application was not only barred by the doctrine of res judicata (the matter cannot be raised again, either in the same court or in a different court), but was also an abuse of the process of the court,” the court found. The basis on which Interstate sought court’s intervention was that in the course of carrying out its drilling programmes in Turkana and West Pokot areas to prospect for water reservoir, it ran into “a black substance smelling like kerosene”, which it suspected to be crude oil. The company said it forwarded its findings to the Energy Permanent Secretary in December 2005 with a request to carry out chemical analysis.

The firm said it applied to the Permanent Secretary for a non-exclusive exploration permit with a view to obtaining crude oil samples for further chemical analysis. It claimed the Energy minister robbed it of its “God-given find”.

The PS disputed the claims and instead maintained that the knowledge regarding possible existence of crude oil deposits in the area predated the alleged discovery of crude oil by Interstate.

“The ruling of the High Court delivered on March 5, 2013 is hereby set aside. The ex parte leave granted to the 16th to 18th respondents (Onyancha and Kengara) to apply for judicial review orders of mandamus and prohibition is hereby discharged. The application for judicial review by the 16th to 18th respondents in Judicial Review Number 1 of 2012 is hereby dismissed in its entirety,” the Appellate Court judges ruled.

Limak Holding plans to bid in a sale of Sofia airport and is looking at more investments in Africa for its main construction, energy and cement businesses, and the head of the group's investment arm said.