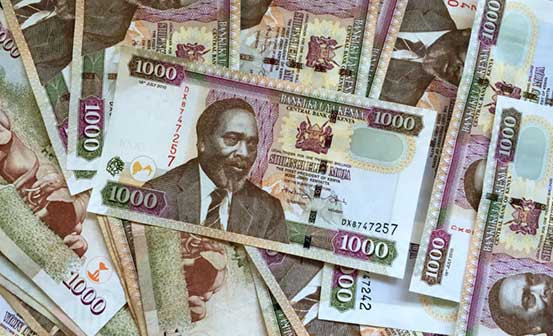 NAIROBI: Interest rates on Government borrowing are rising steadily to levels last seen in September last year. This is stoking new fears of a crisis in access to credit for ordinary borrowers.

The State offered investors a return of 11.75 per cent in this week’s Treasury Bills auction, after rising for the ninth straight week since November – around the time the Government was seen to dictate the market rates by directing a reduction in the cost of its own borrowing.

He was referring to a statement made by Deputy President William Ruto in the last week of October directing that the cost of Government’s borrowing from the domestic market had to fall from the prevailing rates of over 22 per cent for the 91-day paper. “Interest rates will begin to go down from next week and in another month, thing will go back to normal,” the DP said.

In just three weeks, the interest rates had slumped from a high of 22.13 per cent to 9.65 per cent without any major external intervention. At the time, commercial banks had also announced a second round of interest rate hikes on new and outstanding loans only for the notices to be set aside after Ruto’s directive.

Borrowers had already been hit by the first round of interest rate review of between 2 and 4 per cent – which is still in force.

Commercial banks peg their loan rates on the cost of Government borrowing, specifically the 91-day bills, where a rise almost always translates to higher repayments for borrowers.

How it works is that banks have the option of lending to the private sector including individual borrowers, or loaning to the State by investing in Treasury bills and bonds.

Loans to the private sector, however, are priced at a premium to factor in the risk profile of the borrower.
In that regard, commercial banks are more comfortable lending to the State, which is a risk-free borrower.

The spike in interest rates last year pushed the government from issuing longer-term loans from the domestic market, opting for the 91-day and 182-day debt securities – in the hope that the interest rates will subside.

It is for that reason that more than Sh450 billion worth of the short term loans issued last year will be coming up for settlement before the end of 2016.

Analysts have projected that the State will have to borrow to repay the outstanding loans, and finance its operations. That borrowing is expected to exert pressure on interest rates in the market, with a knock-on effect on the commercial lending rates.

Recently, CBK Governor Patrick Njoroge said he was deeply disturbed that the large banks were now abusing their market dominance, which borders on illegality. Typically, the smaller lenders should offer costlier loans because they do not have a wide base to absorb costs including interest expenses on customer deposits.