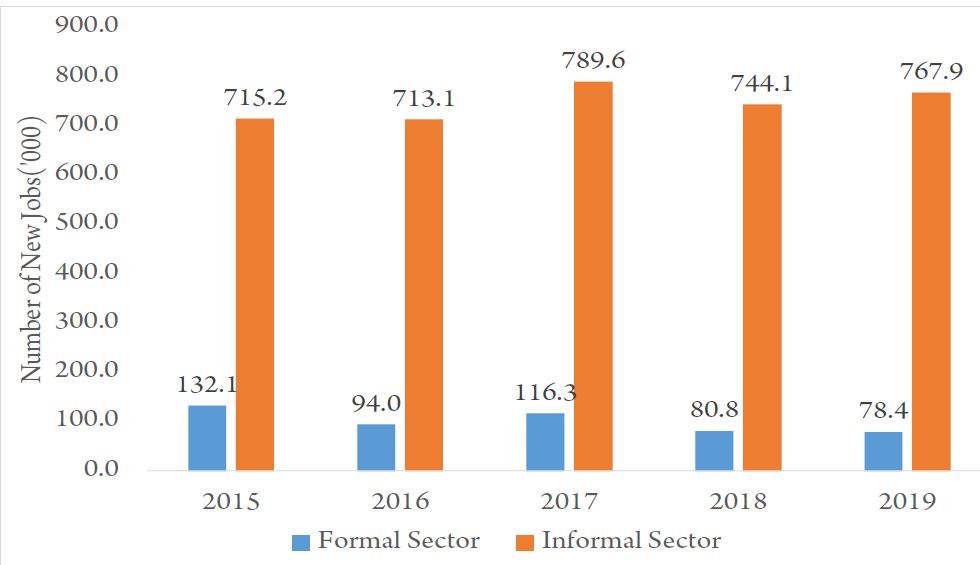 The majority of Kenya’s female employees are working in the education, agriculture, forestry, fishing, public administration and defence sectors, a new report reveals.

Male employees, however, dominate all the sectors of the economy. In 2019, male employees accounted for 64.5 per cent of the total wage employment in the modern sector.

Overall, casual employment registered a growth of 6.0 per cent and accounted for 23.4 per cent of the total wage employment.

County governments’ employment level registered the highest rise of 6.4 per cent in the review period to stand at 190.0 thousand persons.

During the year under review, employment in ministries and other extra-budgetary institutions, registered a decelerated growth of 0.3 per cent compared to an increase of 4.5 per cent in 2018.

The annual average earnings in the private sector increased by 8.2 per cent to 780.1 thousand in 2019, compared to a growth of 7.9 in the public sector, over the same period.

By Richard Magoma | 1 day ago

By Everlyne Kwamboka | 2 days ago