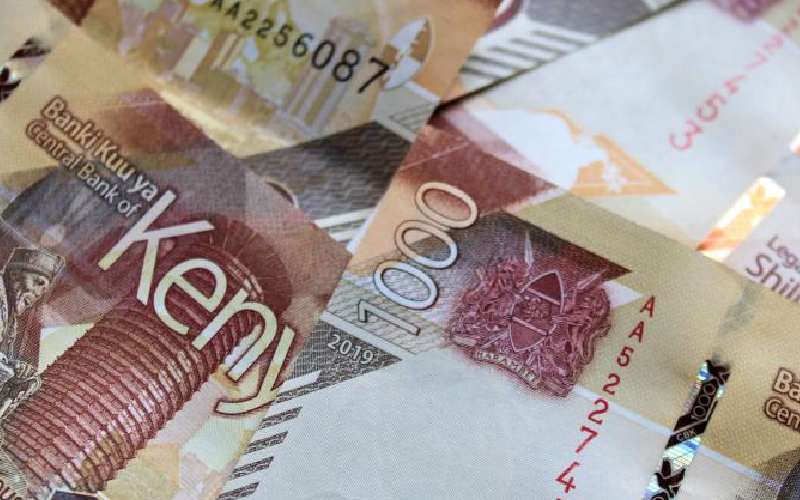 At his peak in 1992, politician Cyrus Jirongo was generous to a fault.

Nicknamed Mr Money Bag, the former chairman of the infamous Youth for KANU 1992 (YK’92), would lavishly dish out the new Sh500 banknotes to anyone who caught him in a good mood.

“Imagine a situation where you could go into the Golf Hotel in Kakamega and find senior government officials, including ministers, queuing waiting for their turn,” remembers Herman Manyora, a political analyst.

Jirongo always had so many of the Sh500 banknotes with him that some people thought that he and the YK’92 team, which also included Deputy President William Ruto, printed them.  The notes were even christened “Jirongo.”

There is no evidence that the former MP for Lugari Constituency printed the notes. It was the Central Bank of Kenya (CBK), the country’s financial regulator then led by Erick Kotut, which printed excess money.

The money was then credited to the account of the government at CBK as an overdraft facility, a short-term advance like Safaricom’s Fuliza. But this is issued by the CBK to Treasury.

By the end of June next year, the government will set aside Sh1.1 billion from the taxes it will have collected, not to buy drugs or pay teachers, but to repay CBK for the excess billions that were printed in 1992.

The payment is expected to continue to 2039, with taxpayers paying a total of Sh42 billion after CBK converted the overdraft facility that had exceeded statutory limits into a loan at an interest rate of three per cent.

Today, the former Lugari MP does not only know the vanity of material wealth, having lost much of it after being declared bankrupt.

But these events are also a stark reminder to those in charge of how sacrosanct their role of ensuring that money plays its role as a medium of exchange; that in itself, money is but a piece of paper.

After all, the tiny island of Yap in the South Pacific has used a doughnut-shaped rock for two millennia to pay for major purchases, including land, canoes and bride price.

Instead of making Kenyans richer, the deluge of money in the early 1990s only left them poorer.

This was too much money chasing too few goods. Consequently, inflation, or the overall increase in prices of products, touched an all-time high of 61.54 per cent in January 1994. Also not spared was the borrower who paid an average interest rate of 32.3 per cent in April 1994, according to CBK data.

In other words, Sh1,000 in January 1994 could barely buy half of what it bought in January the previous year.

Workers, realising that the cost of living was going through the roof, agitated for wage increments.

The economy was in the doldrums as poverty soared.

“If you are talking of a disaster zone, Kenya was a disaster zone in terms of macroeconomic management. The exchange rate has never dropped faster than in that period...,” said current CBK Governor Patrick Njoroge in a past interview.

The over-printing of money was a last-ditch effort by the government of the day to address an economic crisis that had been building up.

The West had closed its tap of aid to Kenya, demanding that the country carry out certain changes to its political and economic structures.

Then a drought hit the country, with the prices of sugar and maize more than doubling.

Lack of food also meant that the country depleted most of its foreign exchange reserves to import foodstuffs.  The country’s produce, on the other hand, was not attracting better prices in the global market.

So when in 1992, caving in to pressure from the World Bank and the International Monetary Fund (IMF), Kenya decontrolled prices of about 72 items a move that triggered producers to suddenly increased prices beyond the reach of ordinary Kenyans.

It did not help that Kenya was holding its first multiparty elections that year. A strong increase in consumer demand, said the Kenya National Bureau of Statistics (KNBS), was also caused by the expenses incurred during the period of campaigning, preparation and actual conduct of the 1992 general election.

Running out of cash, the government decided to print money, hoping that this would then stimulate demand.

This was its undoing, according to Samuel Nyandemo, an Economics lecturer at the University of Nairobi.

He said the government in effect tried to spearhead economic growth through consumption instead of production, a factor that only pushed up prices of commodities.

“A lot of money was pumped into the economy, which was not commensurate with the level of production,” said Dr Nyandemo.

Fearing a Zimbabwe-like situation, where people went to supermarkets with sack loads of cash, the government introduced the Sh500 banknotes.

Mbui Wagacha, a senior economic advisor at the Office of the President between 2013 and 2018 and who also worked at CBK, said hyperinflation tends to affect denominations.

“Because if prices rise by say, 40 per cent, a shilling will buy you nothing. When you are trying to buy things with shilling pieces, you might need ten bags of shillings,” said Mr Wagacha.

Much of the increase in money was in cash outside of banks and money in demand deposits, such as salary accounts which can be withdrawn any time.

Money outside of banks and in current accounts increased by 50 per cent to Sh50.1 billion in 1992 from Sh38.7 billion in the previous year.

The outbreak of the Covid-19 pandemic last year brought to the fore the issue of printing money, with proponents such as Professor Bitange Ndemo, who teaches entrepreneurship at the University of Nairobi arguing that developed countries were already doing the same with little repercussion in the form of inflationary pressures.

Most developing countries kept away from the so-called quantitative easing and only had the leeway to bring down the interest rate and borrow more to deal with the adverse effects of the Covid-19 pandemic.

Since the outbreak of the pandemic, central banks in advanced economies have been printing money and purchasing longer-term securities from the open market in order to increase the money supply in what is commonly referred to as quantitative easing.

Professor Ndemo reckoned that African countries missed an opportunity to print money as a means to deal with the aftershocks of the pandemic.

“Even though it is true that just printing money may not make you rich, in some circumstances it can help sustain the economy in periods of crisis like the one the world is facing at the moment,” said Ndemo, arguing that fear of inflation should not suffice.

However, critics have noted that while there are countries that can print money without fear of inflation, that is not the case with Kenya which imports a lot of its goods.

Moreover, with the printing money being channelled into banks, it is not a sure bet that banks will lend the money.

What is known as the printing of money is oftentimes an overdraft facility that CBK gives to National Treasury for emergency needs.

Like Safaricom’s Fuliza overdraft facility, the money is deducted as soon taxes hit the National Treasury’s account at CBK.

Ideally, because money is simply a medium for transferring value, the amount of money printed should keep up with an increase in economic activities.

In other words, the money supply should not exceed the growth in the gross domestic product (GDP) or the size of the national output.

Wagacha, who also worked at CBK, said the financial regulator’s primary role since 1996 has been to determine the price stability, although that role has been expanded to include maintaining financial stability a role that is played by a different player in jurisdictions, such as the United States.

“At the time, CBK’s principal concern was price stability,” said Wagacha, with the apex bank expected to maintain inflation between 2.5 per cent and 7.5 per cent.

This role then gives CBK the leeway to determine money supply. If its highest decision-making organ, the monetary policy committee (MPC), finds that the economy is overheating, it reduces the money supply in the economy by using a number of tools.

It can, for example, increase interest rates or increase the cash reserve ratio, or the minimum fraction of deposits banks are supposed to keep with CBK.

In 2019, when the country was introducing new currencies, there were fears that this would result in increased inflation as in 1992.

“The print button on my desk is disabled. We are not printing money to finance government projects though very good in themselves. This is not a risk you need to worry about,” said CBK boss Njoroge.