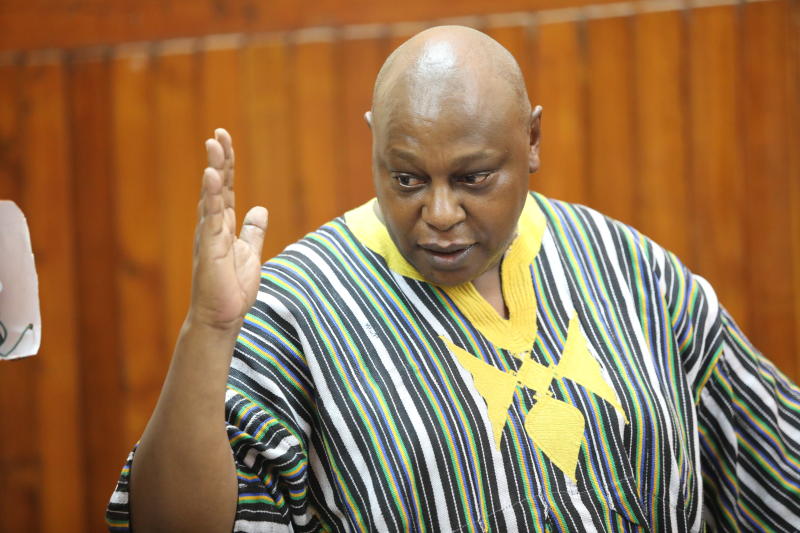 In May, social networking giant Facebook released the names of the first 20 members of its Oversight Board, a new autonomous body that will determine cases on content moderation on the firm’s platform. Among the 20 individuals is Maina Kiai (pictured), the only East African picked so far.

What do you make of your new appointment and what is the scope of work you expect to fall on your lap?

The idea of an oversight body that is independent of Facebook is encouraging given the laissez-faire approach corporates have taken in the last 15-20 years on issues of social justice. I am keen to see how it works and how it will make social media less harmful. We are a deliberating board or a tribunal if you may.

We’ll step in when cases are referred to us and believe those cases are significant and warrant our attention. We are a tribunal if you wish, and in this context, a lot will depend on people in Africa, East Africa or Kenya, raising complaints with us. We are not the first line of contact with users.

The first stage is to report the case to Facebook, which will take it through its internal systems and make a ruling and if you are not satisfied with the ruling, you can appeal to the Oversight Board. There are millions of posts made on Facebook and Instagram on a single day, and there is no way we can audit them all.

Artificial Intelligence tools are useful in sifting through much of the content, but users also have a right and even a duty to report violations like misinformation, incitement or hate speech that slips through the algorithms.

The Oversight Board is supposed to be independent of Facebook in discharging its mandate. How do you expect to achieve this given the scale of the company and its influence?

There are a number of ways to perpetuate and guarantee independence, including ensuring that structures that are put in place ensure Facebook does not interfere with what we are doing.

However, structure and systems are not enough, and a lot depends on the people appointed; what kind of roles they see themselves playing and how much independence they want and value in their own personal lives and as professionals.

Facebook has done quite some bit of work in terms of setting up the structures to maintain a huge “Chinese Wall” between the company and the Oversight Board. This is why we have the Sh13 billion endowment fund that has already been committed to getting operations moving.

Secondly, we have fantastic people appointed to the board who have strong and clear personalities. Within that board, there are some very strong critics of Facebook who have been openly and publicly critical of how Facebook operates and what it allows on its platforms and these are also people who have a lot to lose if we are seen as compromised by Facebook.

What standards will the Oversight Board rely on in making these weighty decisions on cases that involve misinformation, hate speech or censorship?

There are a lot of standards and texts we are going to be using as our constitutions, including the community standards and values of Facebook as well as international human rights law on freedom of expression and similar charters.

The ruling made by the Oversight Board is binding on Facebook on what the issue is, and we have a role to make advisory opinions and guidance to Facebook on how to work around similar issues. The first cases will be very important to us in terms of establishing our legitimacy and singling our approach. So we would begin with the controversial cases as this will set the tone.

We will have a case selection committee within the board that will be revolving through panels that have specific roles. We believe sometime around October we should be able to start.

What will be your priority, and what challenges do you anticipate?

At 20 members, the Oversight Board is a bit small compared to the number of cases we expect to be coming through. We’ll definitely need to enlarge the board and set up the different panels to work on the content moderation.

A lot of us wanted the board to be operational by the time of the US presidential elections this November, but because of the disruptions from the Covid-19 pandemic, we have been slower in onboarding and inducting members.

A lot of misinformation, hate speech and incitement happens around the US presidential elections, and it would have been an interesting place to start this work. By 2021, however, we should be up and running to begin hearing cases.

How confident are you that the Oversight Board will be a solution to the growing challenges of misinformation, hate speech and cyberbullying and restore confidence in the platform?

If we have a consensus that the freedom of expression is important and that we can have a platform that gives people a voice to debate political or personal issues that are controversial without descending into incitement or hate speech, that is fine.

This is how societies grow and develop. I don’t have to agree with a viewpoint for me to acknowledge it as valid. Our personal grievances thus are irrelevant.

The loss, occasioned by the invasion of the pests is estimated to be over 150,000 tonnes of cereals from November last year