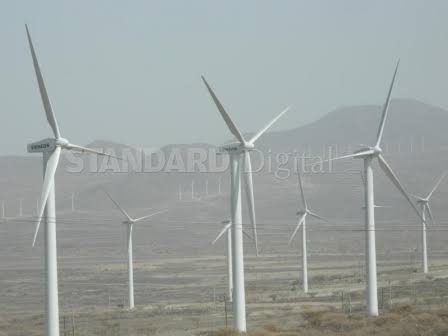 Power producers have made new offers to develop electricity plants that could double Kenya's generating capacity.

Different companies had as of last year applied for licences to develop power plants that would use renewable energy sources with a capacity to produce over 4,000 megawatts (MW) of electricity.

But the applications have stalled owing to concerns that this would increase the installed capacity that is already in surplus.

A new report by BloombergNEF, an energy research firm affiliated to Bloomberg, said the interest by investors has been due to Kenya’s emergence as an attractive investment destination for clean energy investments.

New investments are largely focused on solar, wind and geothermal.

“The government received applications from over 4GW (gigawatt) of clean energy projects. While this signalled the strength of the local development pipeline, it was also far more than the Kenyan grid was ready to absorb at the time,” said the Climate Scope Report.

Kenya had an installed power generating capacity of 2,711MW as of December last year, according to the Kenya Economic Survey 2019.

Some power plants have since come on board in this year, including the first unit of Olkaria V by KenGen generating 86.6MW.

Peak demand stands at about 1,900MW. An additional 4,000MW would substantially increase the surplus and, in turn, the power bill.

The Ministry of Energy has recently said it will balance demand and supply as well as costs in approving new power plants.

The Bloomberg NEF survey also ranked Kenya the fifth most attractive for investors looking to invest money in green energy mostly in the developing world.

Kenya trails Indian, Chile, Brazil and China, in the rank of 104 countries. It is the first time that the country has been ranked among the top five investment destinations for clean energy.

“A boom in clean energy investment in 2018 along with Kenya’s extensive renewable energy value chain pushed the country to the fifth position in the survey,” said the report.

“Kenya is gradually boosting the contribution non-large hydro renewables make to its grid by adding more solar, wind and geothermal capacity. In 2018, non-hydro renewables accounted for 38 per cent of the country’s capacity and 49 per cent of generation.”

This is set to continue growing as clean energy investment reached a new record in 2018 with $1.4 billion (Sh140 billion) attracted for geothermal, wind and solar plants.”