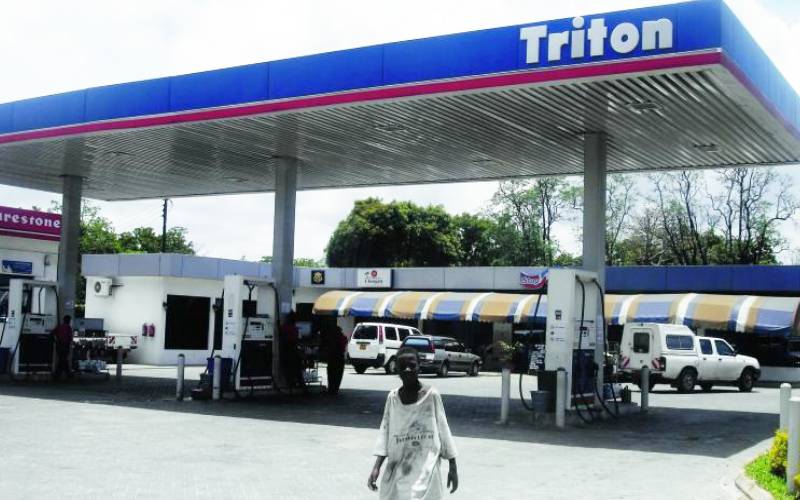 Triton boss Yagnesh Devani was indicted for colluding with KPC staff and using political connections to defraud oil marketers and financiers more than Sh7 billion worth of petroleum products.

Mr Devani remains a fugitive in the United Kingdom fighting extradition to Kenya, and late last month, the Court of Appeal in Nairobi made a landmark ruling in the saga that remains alive 11 years later.

Dutch lender ABN Amro, one of Triton Petroleum Company’s financiers in the smoke and mirrors deal, lost a six-year battle to recover Sh1.7 billion from KPC, a bill that would have been footed by Kenyan taxpayers.

Before a merger between the two banks in 2010, ABN Amro was operating in Kenya as Fortis Bank when Devani approached the lender with the deal that would set off one of the biggest oil scams in the country’s history.

“Fortis Bank was to finance the purchase of various consignments of petroleum products by the Triton Companies,” explains ABN Amro in its court filings in part.

The bank would finance the purchase, shipment, storage and inspection charges of the products on behalf of Triton.

“The cargo would then be discharged at the Kipevu Oil Storage Facility (Kosf), who was to hold this cargo in trust for Fortis, and would only release it to any other parties after receiving a release order from Fortis,” explains the bank in part

Under this agreement, the bank financed the purchase of 12.6 million tonnes of products from Chevron and the consignment delivered in July 2008.

A few weeks later, Triton informed Fortis of a deal it had reached with Total for the sale of 8,000 tonnes.

Total confirmed this and committed to making a payment to Fortis upon which the bank authorised KPC to release the products in question. A month later, however, Total cancelled the transaction with Triton and voided the payment commitment to Fortis.

The bank also cancelled the authorisation it had issued to KPC to release the 8,000 tonnes of petroleum products. In January 2008, KPC informed Fortis Bank that “the stock in Triton under collateral agreement with Fortis was nil.

This left the taxman facing a legal exposure of more than Sh5.5 billion as of 2009, with Mr Devani, the architect of the deal, taking off. ABN Amro sued KPC, accusing the oil marketer of occasioning the bank loss through fraud, conversion, breach of trust and negligence.

In the wake of the scandal, a forensic audit by PricewaterhouseCoopers (PWC) found at least 10 companies had been caught up in the row and now made demands of payments from KPC.

At around the same time, the opening of Triton oil’s Liquefied petroleum gas (LPG) depot was graced by at least eight high-ranking government officials and ministers including then vice president Kalondo Musyoka, then-prime minister Raila Odinga and then finance Minister Uhuru Kenyatta.

Fortis Bank placed Triton Petroleum Company, which was also building a bulk storage facility at the port of Mombasa, under receivership pacing some of its assets on the auction block.

The bank only managed to recover Sh300 million through an out of court settlement that involved other Triton creditors including KCB Group.

This was however much less than the Sh1.7 billion it sought as compensation including interest and costs and Fortis Bank, now ABN Amro, returned to court to seek full compensation.

On July 19, three-judge bench denied ABN Amro’s Sh1.7 billion claim against KPC and the defunct Triton Petroleum Company - putting another nail in the coffin of the case that refuses to go away.

In March this year, the court allowed the Director of Public Prosecution to amend charges against four senior Triton and KPC employees implicated in the scam.

Mr Yagnesh Devani, the chief architect of the scam remains at large in the UK despite Kenya issuing an extradition order.

This has also raised questions about the effectiveness of several agreements signed between Kenya and the UK on recovering assets obtained through corruption and bringing the perpetrators to book.

Ethiopia opens up banking sector to its diaspora

Abiy’s government is also opening up other key sectors of the economy to foreign investment.