What was inspired by muratina grew into a million-dollar firm 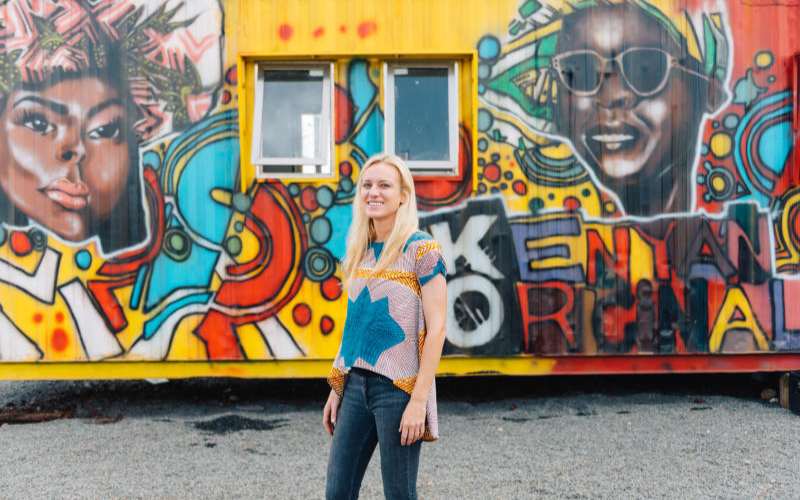 With the fruit cider beverages, the firm that began operations from a shipping container is reshaping a market space dominated by companies long entrenched in Kenya’s social psyche.

Kenyan Originals has since crossed the $1 million (Sh107.8 million) annual turnover mark and has heady ambitions to hit an annual turnover of $25 million ($2.6 billion) in the next four years.

Their beverage portfolio has over 10 flavours and ranges from ciders, mixers and tonics, iced tea and will soon launch a spirits range.

Legalise traditional brews, they are safe

“No one was making local Kenyan craft beverages. Our cider portfolio is inspired by muratina.”

Among other factors, what makes a craft original is using the local raw ingredients and also studying the Kenyan tradition of making drinks.

“How do you create a safer and legal version of muratina because people love it? That’s why we developed the concept into one of a fermented base that is then blended with locally sourced fruit,” says Alexandra.

The Kenyan Originals plant in Baba Dogo processes over three tonnes of fruit monthly with a production capacity of 2,000 bottles daily.

Alexandra is no newbie in the world of booze having worked for many years in West Africa for French Alcoholic beverages giant Pernod Ricard which has brands such as Jameson, Chivas Regal and Martell under its belt.

She says that in West Africa, spirits were moving fast but noted the huge gap in the local premium segment and made similar observations in Kenya.

“I found the same thing in Kenya where there was a huge mass-market low-end products and a lot of expensive imported products,” she told Enterprise.

The beverage ranges are made from locally sourced materials including pineapples, lime, passion, mangoes and tea.

The farming value chain is further strengthened with the sourcing of other ingredients such as cucumbers, rose flowers, hibiscus, mint and ginger. Most are obtained from farmers in various areas such as Kisii, Meru and Nanyuki.

“Ultimately we want to create Kenya’s version of wine, it’s about making sure you have great quality fruit but from the right region and with the right variety,” she said.

Recently, the company, spotting an opportunity to exploit the market for the famous ‘dawa’ cocktail, came up with an “alcoholic version”.  The honey cider contains lemon and ginger.

Opportunity in a competitive market

Kenyan millennials are their key target, especially those over 25. “At the core there are the mavericks of Nairobi, the independent thinkers who are pushing the boundaries of what the Kenyan youth is about.”

The alcoholic market is very competitive even having “beer wars” that saw global giants such as SAB Miller eventually exit.

But for entrepreneurs like Alexandra, herein lies the opportunity.

The small number of big players restricts choice making it easier to visualise new products tailored to what consumers want.

“There’s a lot of opportunities in the food and beverage space, new products can come out and are tailored to the Kenyan consumer, whichever the demographic. There are still plenty of gaps,” said Alexandra.

Beating challenges and growing the business

However, she notes that there are big barriers to entry for an SME in this market space with the main challenges being licensing and the route to market.

“It’s just the historical nature of this market that’s a challenge for new entrants,” she says.

“It helps that no other local brewer uses fresh fruits. They use concentrates and artificial flavouring. That gives us an edge in the market.”

Distribution networks are also a headache for new entrants and Kenyan Originals sees an opportunity in building their own.

“We are going for direct distribution rather than working with a lot of distributors. We still want to work with some stockists but we want to find new smart ways to get to the shops.”

Penetrating counties outside Nairobi is also a challenge and they plan to partner with an e-commerce player.

“We are still working on how to best optimise our out of Nairobi distribution. We can find a way that could be much cheaper to do cost per serve.”

Kenyan Originals is now found in over 600 wines and spirits shops and about 140 modern trade outlets across the country.

But Alexandra still bets big on bars to grow the brand.

“We are dipping our toes carefully but really at the end of the day, the way to win the hearts and minds of our Kenyan consumers is to be in trade with them and be in the bar,” she said.

Beverage firms are some of the biggest advertisers in the world. Alexandra notes that their brands are still fairly new as a concept hence activation and sampling is crucial. This, she explains, helps people understand why the brand is different.

Also, the Kenyan alcohol consumer is very shifty, meaning their attention can easily waver. In the recent past, there’s been a gin revolution. The beer market which was once huge has dwindled with time.

“The big players have dominated the beer market and this segment has witnessed stagnated growth with the younger population shunning it.”

But above all else, raising capital has been the biggest challenge. Fortunately, the firm received a boost from an angel investor – the Chandaria Capital founded by Darshan Chandaria who now sits on their board among other external investors.

“We have managed to grow and tap into investors. We are planning to venture into spirits and need additional investments in order to expand capacity,” she says.

She notes that fundraising for Kenyan manufacturers is not a walk in the park compared to other sectors. One has to have recorded high revenues to attract investors.

“The Kenyan investment landscape is difficult if you are in manufacturing. I reckon it’s easier if you are in tech or impact space,” she adds.

Having the right team

“Women are amazingly hard-working in this country,” notes Alexandra, explaining why a majority of her staff are female. “Selling a new product is harder. Thus one needs a great team. I have found mine.”

On expansion plans, she says that Kenya is their first “stomping ground” and is taking a cautious approach to any expansion.

“Businesses make the mistake of jumping outside quickly when growing and lose focus on their key market. Besides, we’re called Kenyan Originals and we do want this market to be our home ground. We would consider expanding to the UK or US market, to tap into the diaspora market,” she says.

SUICIDE OR MURDER?: The mysterious death of woman in a Baba Dogo police station

Relief for traders as counties resolve to stop multiple levies

The Ministry of Trade and CoG will meet to develop an agreement for the 47 governors' signatures. 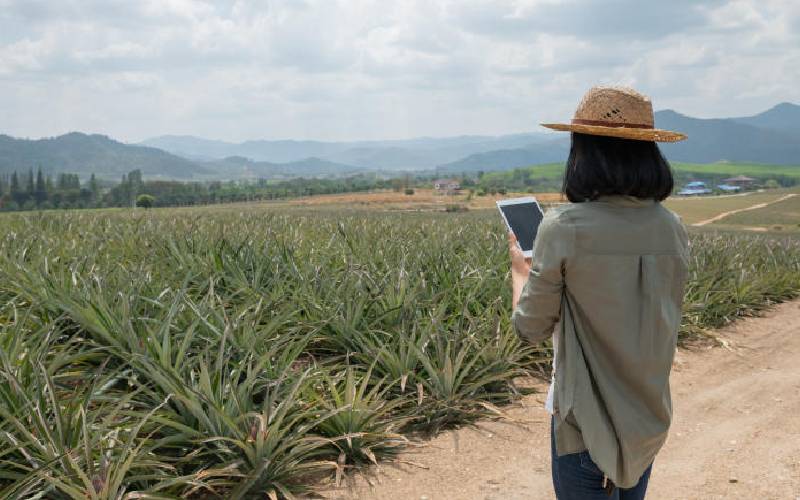 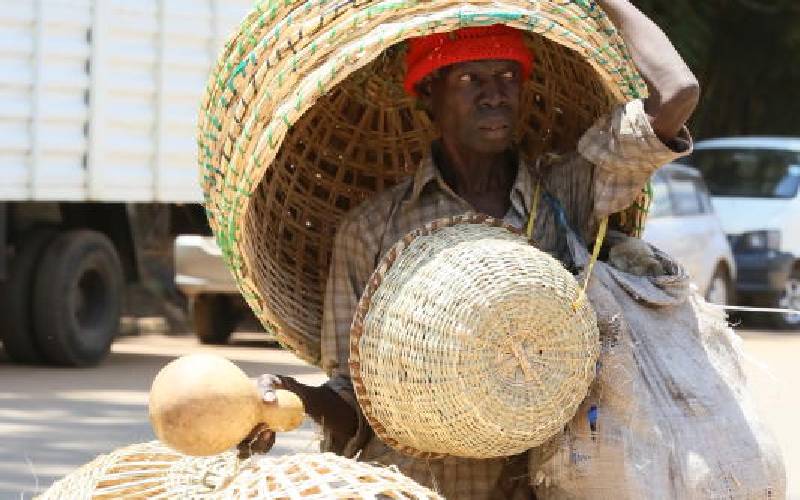 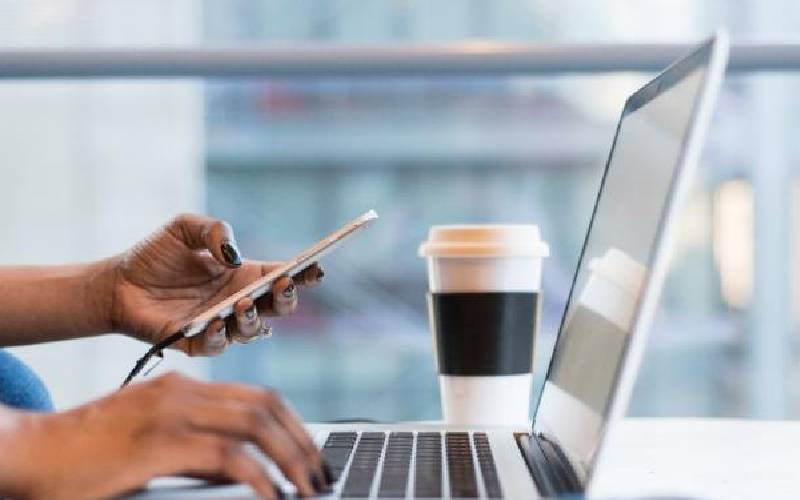 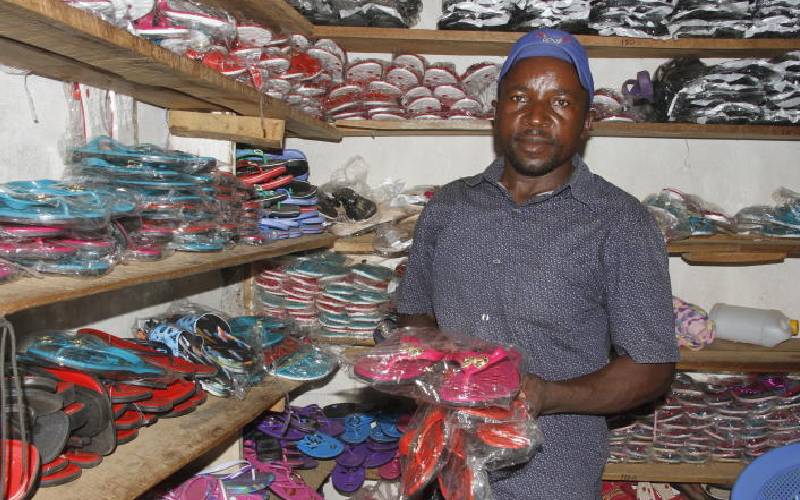