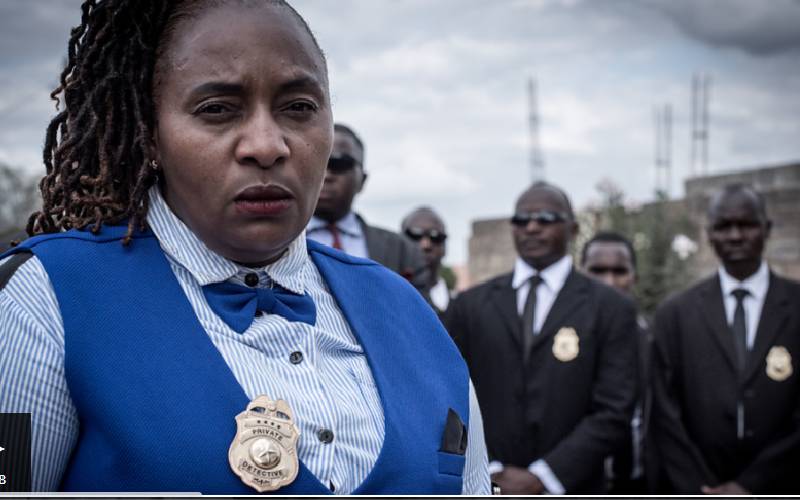 Real version of the spy James Bond, most hunted woman in the world by criminals, celebrity private investigator – all these are words used to describe Jane Mugo (pictured).

The social media sensation was featured on the BBC investigative segment Africa Eye, where she was celebrated for solving hundreds of crimes including murders and kidnappings.

Speaking to BBC, Jane said, “I am the best in the world. In Africa and Kenya, nobody can beat me up.”

But the piece elicited different reactions, with many criticizing Mugo’s skills and knowledge.

At one point in the segment, she is shown trying to show her tae kwon do prowess but fails at it. Many say a led investigator ought to be fit, in the least.

Detectives, spies, or private investigators prefer to keep a low-profile, but Mugo is not cut from that cloth.

BBC says Kenya’s private investigative industry is one of the biggest in Africa, especially because police are deeply mistrusted.

“Experts estimate the industry is worth millions of dollars every year.”

Mugo lives in a secret compound, protected by 10 bodyguards. She says she trains the guard dogs herself, even naming her favourite one Hitler.

In an attempt to show how she trains her guards, some of the men in ill-fitting black suits and black shades patrol the compound as others in t-shirts and shorts are seen frog-marching.

One rolls on the floor, with Mugo splashing water on him from a pipe, mimicking a torture scene straight from a movie, only hers looked more like child's play. She asks the man, “What are my names (sic), why did you come here?” 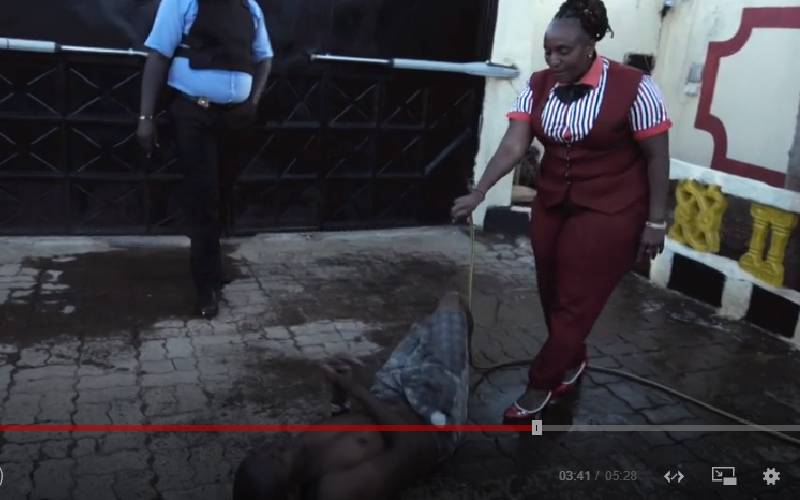 The BBC report added that Mugo has put behind bars more than 70 criminals and received numerous death threats. However, she does not mention a single case she has solved as no cases are cited.

For her protection, she has rigged her home full of secret cameras hidden in everyday objects.

Further, her food has to be tasted by others before she can eat it.

“If she [the chef] refuses to have the food of course I’m not going to have it. Because if you cooked the food why don’t you want to taste it?”

Jane regularly trains her security guards, but much of the work is led by her bodyguard, code-named Charlie 1. The guards are trained to endure maximum pain, including being whipped during meal times. When asked, one admits that it was indeed painful to be whipped, while others say “I’m not in pain. I’m just fine”. 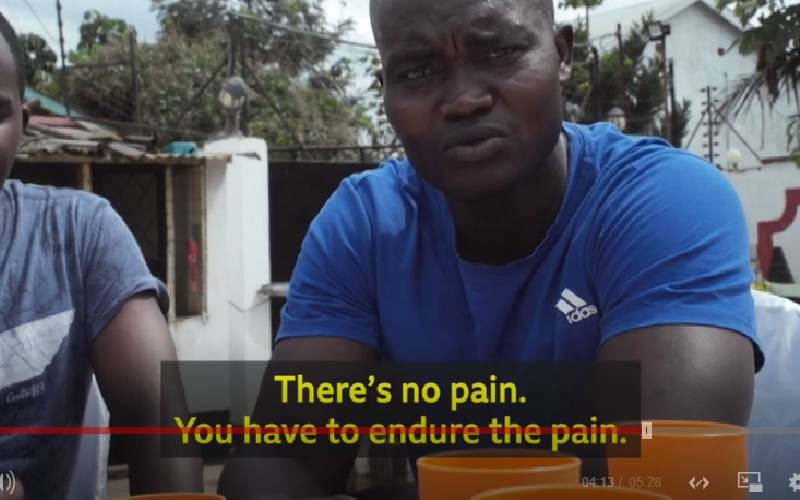 But Mugo adds, “I love my job and I love justice. Fighting for justice is in my blood system.”

Her team, according to BBC, has been credited with solving several difficult cases. She has been approached for information on theft, cheating spouses, and sometimes killings.

Most of the cases, which Jane says are both local and outside the country, are confidential.

The self-proclaimed “best in the world” spy even sips a drink from a bottle with her image on it.

Her methods have been questioned.

One user said, “That BBC documentary on Jane Mugo is painful viewing. Should've come with viewer discretion for those who don't want to burn their brain cells.”

Some likened Mugo to Melissa McCarthy, an American actress, and comedian.

A second Twitter user, responding to the men being whipped as they picked food, added, “All this man wanted was a small serving of dried-out pilau njeri after a long day of throwing what can only be described as the weakest punches to ever be committed to film and is, instead, pummeled across his back with an old leather belt.”