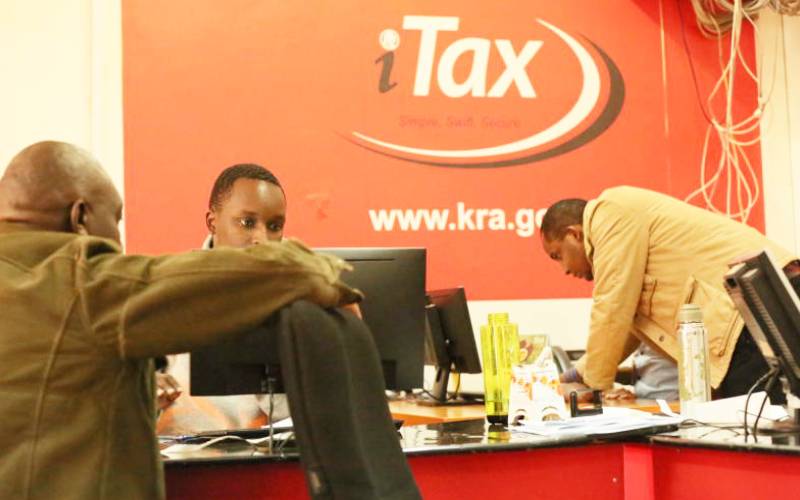 You would need to have landed from Mars if you are unaware that the country is going through severe financial doldrums.

He also practically disowned his predecessors who have consistently published unrealistic indicators of our macro-economic outlook including unrealistic revenue targets and bloated expenditure projections.

The generally tranquil CBK Governor has admitted that all is not well with the economy and that the much-flaunted GDP growth is of little relevance to the struggling Kenyan population which has been experiencing dwindling economic fortunes.

One of the clearest signals of reduced fiscal space is the enhanced vigour with which the our beloved Kenya Revenue Authority (KRA) has been seeking to collect taxes from those that they can identify, since many Kenyans, who operate below the surface, have been insulated from KRA’s net.

In the last three months, we have seen an increase in the cases of alleged tax defaulters hauled before the corruption courts, the most visible being Tabitha Karanja’s Keroche and Humphrey Kariuki’s alcoholic drinks empire.

At the outset let me affirm the need to ensure that every Kenyan is carrying their rightful share of the tax burden.

For too long, only persons in formal employment, who could not escape PAYE, or those who entered the formal business environment, were paying taxes.

Other than VAT which everyone is obliged to pay, most people managed to operate under the radar or find ways of evading tax. That is neither a just nor sustainable situation.

The taxman must be empowered to keep expanding the tax brackets rather than enhancing the burden of those already in the KRA radar.

My concern, while recognising KRA’s legitimate mandate, arises from complaints I have noted from business people that I have interacted with in the last few months. In his enthusiasm to raise tax revenue, the taxman has ended up discovering persons, especially in business, who have either evaded their full tax obligations or understated these obligations.

The KRA sanctions in those circumstances have been severe.

The unpaid monies once assessed are then levied penalties and interest and immediate payment demanded.

Those who cannot raise the required monies but happen to hold monies, sometimes their trading monies, in their bank accounts, have had their accounts “frozen” awaiting settlement.

While this process is legal and may be necessary to ensure compliance in good times, certain realities of our circumstances must be taken into account by the taxman.

In a large majority of cases, failure to account to the taxman is informed by realistic business considerations, not intent to defraud.

Most of the businesses in our economy have low margins. Unfortunately, we are not a record-keeping culture and people hardly document their expenses so as to reduce their tax exposure.

The profits that their bank accounts and other records may appear to show are not real.

A demand for taxes on those “presumed” profits will collapse many a business.

But even where profits were made but taxes were not paid, very few business people are sitting on that money in some bank account from where they can draw to pay the taxman.

Met by such difficult demands, including the possibility of account freezing, most business people are preferring to close businesses rather than deal with the fury of the taxman.

That cannot be good for a struggling economy with gross unemployment.

A more prudent approach at a time like this would be to agree that while taxes that are due must be paid, penalties and interest should, except in unique circumstances be waived and offending businesspeople granted a reasonable time to pay outstanding monies, subject to a commitment to cease all future evasion of taxes.

That approach makes more sense than forcing the closure of businesses with all the negative attendant consequences for the long-term growth of the economy.

COTU has faulted the State for its freeze on hiring, terming it retrogressive and a wrong signal to the private sector employers.

By Mutiso Kiio | 6 months ago