Why the coffee caucus seeks to pick cleanup from Munya

Lugari Member of Parliament (MP) Nabwii Nabwera has summed up the frustrations felt by many leaders regarding the coffee value chain mess that continues to bedevil the local subsector.

The first-term MP, who is calling for removal of brokers in the marketing chain, cited Tanzania and Uganda as some of the countries that have done well by removing leeching benefactors from the coffee value chain.

“As Cabinet Secretary, Peter Munya was very firm. Little did he know that everyone at his office was working for the exploitative brokers and the buyers of our coffee,” Nabwera said at the launch of the Parliamentary Coffee Caucus in Nairobi on Tuesday.

However, Nabwera is an isolated voice in praise of the former minister who, in his own words, has gone on to farm coffee, tea and miraa (khat).

The crowd of MPs from coffee-growing regions in the 13th parliament has been highly critical of the just over two years that the former Meru governor was in charge at Kilimo House, a tenure praised as 'highly effective' by his former boss and fourth president Uhuru Kenyatta.

The Caucus chaired by Githunguri MP Gathoni Wamuchomba, in its criticism of the Munya term, has even sought to do the unthinkable.

It has not only proposed to open up the Nairobi coffee auction to as many buyers, brokers and dealers as possible, but also to bypass the Ministry of Agriculture and the Attorney General’s chambers in formulating new coffee regulations guided by the reports of the National Task force on Coffee Sub-sector Reforms.

President Uhuru appointed the task force chaired by policy and legal scholar Prof James Keiyah in March 2016. It published its report six months later and was then converted into an implementing committee.

The committee then went ahead to publish the draft Crops (Coffee) General Regulations 2019, Capital Markets (Coffee Exchange) Regulations, 2020 and the Coffee Bill.

Rather than cure the general malaise in the subsector, the publication of this new set of legislation opened a Pandora's box with accusations of resurgence of state capture and a court case in which public agencies are fighting “for public interest.”

The bone of contention is publication of the Crops (Coffee) General Regulations, 2022, by Munya on June 9 this year, during the contentious transition moment between the fourth and fifth parliaments.

The Council of Governors (CoG) is pitted in the case against the CS Agriculture, its crop regulator - the Agriculture and Food Authority (Afa) -  and the Attorney General.

The main grievance was that Munya had published his own set of regulations while completely disregarding the views of county governments and other stakeholders, including by taking away licensing powers of devolved units and proprietary rights to growers as owners along the value chain.

The contentious regulations had deleted a proposal for a grower milling licence category that authorised a coffee producer to mill and market their own coffee directly or through the coffee exchange.

The regulations required the grower to be granted a milling licence by their county government, but then get a separate grower marketing licence from Afa.

In addition, the stakeholders drawing from the task force report and public participation on the draft laws had proposed a commercial milling licence issued by county governments to private mills, who would then have to form subsidiaries to get a marketing licence from Afa.

The contentious rules changed this to provide a miller marketer licence issued by Afa.

"We can’t have ministers who sneak new legislation through loopholes, especially on important sectors such as agriculture.

"There is general agreement that those loopholes were used for monkey business including what we are grappling with in the coffee subsector,” Ms Wamuchomba said after a presentation during the launch of the Caucus.

She described the maze in the coffee value chain as a new form of neo-colonialism that relegated growers to perennially work for privileged traders in the Nairobi Coffee Exchange.

“It is unfortunate that this is being promoted by officers in Afa, the Ministry of Agriculture, the AG chambers and even State House,” said Ms Wamuchomba.

Naccu chairman Joseph Ngone regretted that subsector issues got jumbled up in the last parliamentary term, saying they were looking forward to a strong parliamentary lobby.

Kangema MP Peter Kihungi said what happened in the last days of the Uhuru presidency for the coffee subsector had brought on a new urgency to form the Caucus.

The lobby will now deal with coffee issues alone and not in conjunction with tea matters, thus dropping a precedent set as early as 1992-1997 term when a vocal Coffee and Tea Parliamentary Association (Cotepa) was founded by the likes of MPs Njehu Gatabaki (Githunguri), Matu Wamae (Mathira), Peter Ndwiga (Manyatta) and Kiraitu Murungi (South Imenti).

“We had the tea-coffee caucus in the twelfth parliament and they had a plateful of issues to deal with that meant that some matters were never given the attention they deserved,” Ms Wamuchomba said.

Prof Keiyah, who the committee had a fallout with the Kilimo House in the last Uhuru days, said a Coffee Bill currently in Parliament had three major issues including allowing millers to also be marketers against the recommendations of their public consultations.

Another issue was seeking to remove the Capital Markets Authority (CMA) from regulating the NCE and removing the proprietary powers of growers over their produce in the value chain.

“As we speak, CMA has granted farmers cooperative marketing licences but they have been denied access to the NCE,” said Prof Keiyah.

“It doesn’t make much sense that we are trying to open up the subsector but locking them out from the auction," he added.

In November 2021, Afa’s Coffee Directorate locked out seven marketing agencies formed by cooperative unions and licenced by CMA on grounds such as lacking systems to separate milling and marketing expenses, financial instability and lack of adequate capacity to broker coffee business.

On the CMA role in the subsector, Prof Keiyah said the CMA Act recognised the agency as in charge of regulating all commodities markets in Kenya and there was no dispute that coffee trading was squarely in this category.

Besides, most of the legislators who spoke at the Caucus launch agreed with a presentation subsector observer and coffee farmer Esther Kariuki that a neutral body like CMA was urgently needed to break the cartel at the NCE.

“Many people forget that there is a complete coffee mill in Murang’a called the Eastern Aberdare Coffee Mills (Ecomill) owned by co-operative societies that has been denied a milling licence apparently because there is too much milling capacity in existence,” claimed Ms Kariuki.

The Caucus also seemed determined to do away with another masterstroke by Munya, who embedded the Sh3 billion Coffee Cherry Advance Scheme under the New Kenya Planters Co-operative Union (KPCU).

Projections show the Cherry Scheme has lent less than Sh500 million since it kicked off operations in 2019.

“We cannot have the Fund administered by an interested party,” said Tinderet MP Julius Melly in sentiments supported by Gichugu MP Gichimu Githinji among others.

Although National Assembly Departmental Committee on Agriculture chairman Dr John Mutunga also represents the coffee growing Tigania West constituency in Meru and appeared at the Caucus launch, it appears as if the 67 members who have joined the lobby are digging in for a fight.

“Cartels such as that in the coffee sector see work in departmental committee as simply a negotiation for a bigger fee. But caucuses carry the aspirations of the grassroots and I see a most powerful one here,” Kipkelion West MP Hilary Kosgei said.

Dr Mutunga, however, gave a promise that they would overturn the Coffee Regulations passed and approved by Munya even if it would take an executive order. 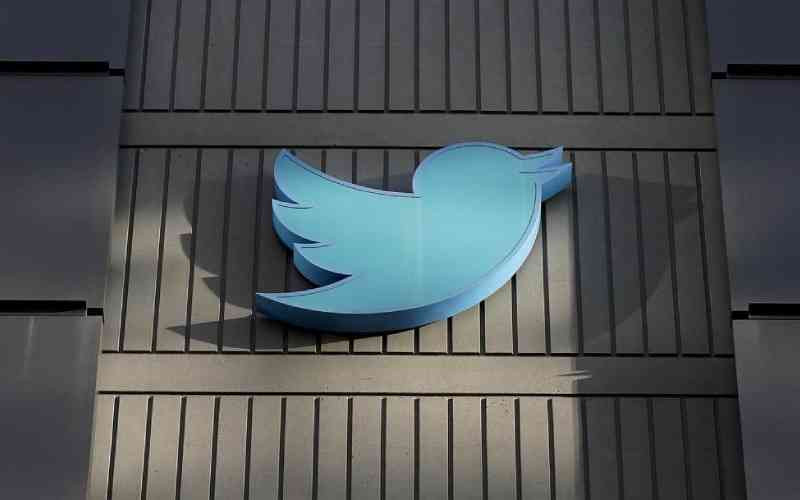 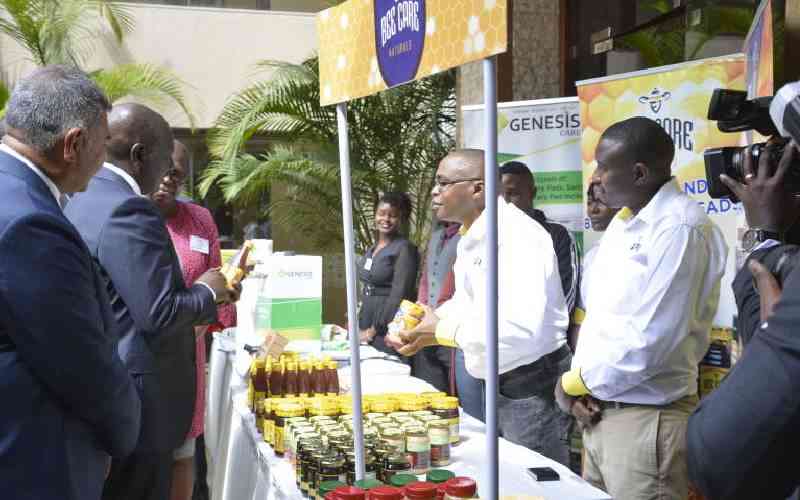 By Xinhua 20 hours ago
Business
'Our ride experiences in electric buses', Kenyans speak out