Night meetings, intrigues that led to the lifting of fuel subsidy

A meeting held last Saturday between – then president-elect William Ruto – and a handful of senior executives from select oil marketing companies may have led to his decision to do away with fuel subsidies.

According to an official from the Ministry of Petroleum and Mining, the meeting had been convened by Dr Ruto, who has since been sworn into office, as he tried to get a feel of the industry that is a key cog in the economy, particularly the petroleum subsidy.

The source said select oil majors agreed to a meeting but insisted that for it to be a no holds barred one, they would need to meet Ruto alone to offer him their view on the subsidy matter, ahead of meeting other stakeholders.

The President agreed to the meeting, which was being held at a time when parts of the country were reporting shortages of super petrol, linked to oil marketers being unable to import fresh petroleum products due to delayed subsidy refunds.

Ruto, whose swearing was only a few days away, was alive to how explosive petroleum matters could be and was keen to avoid a repeat of the supply disruptions that rocked the country in April and in his initial days in office.

What was discussed remains unclear even to senior officials at the Petroleum Ministry and the National Treasury, according to our source.

On Tuesday, President Ruto said his government would not continue subsidising fuel and maize, perhaps an indicator that the oil marketers had made a strong case on why it was necessary to do away with the subsidies and scored a major win.

“It appears that the case by the marketers as well as Treasury’s concerns in the past about the sustainability of the fuel stabilisation programme convinced the President to do away with the subsidy,” said the source at the ministry.

“There were however considerations on sectors such as transport and manufacturing, which are critical to the economy and rely heavily on diesel as well as the plight of low-income households who use kerosene. This saw the government withdraw the subsidy on the two products in a phased manner.”

The president instead said his administration would focus on subsidies geared towards production of food, as a modality to cut cost of living.

In the fuel prices that were announced late Wednesday, oil marketing companies were major winners, as the government scrapped the subsidy on super petrol. It also reduced the subsidy on diesel by 68.5 per cent and 64.6 per cent for kerosene. This will mean that oil marketers no longer have to wait for government refunds in the case of super petrol. 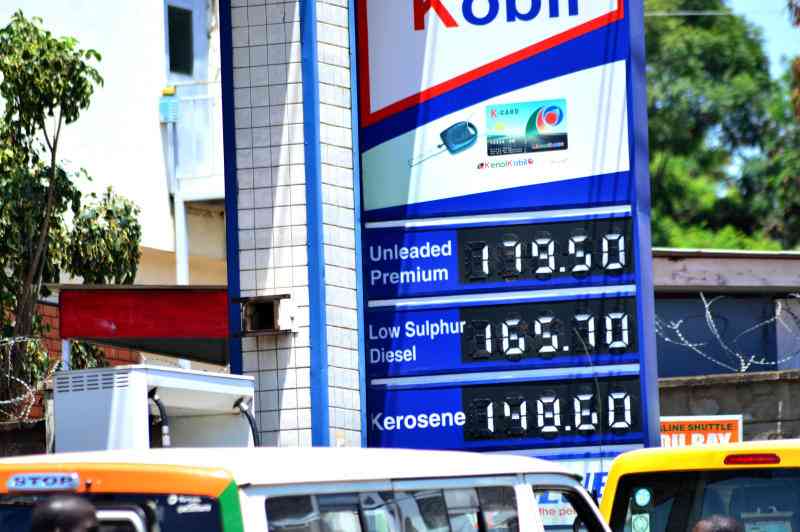 The marketers were however dealt a rude shock as they will have to continue claiming compensation for the two products, against their expectations.

The prices announced Wednesday saw the cost of of super petrol go up by Sh20 to Sh179.30 per litre in Nairobi up from Sh159.12.

The regulator nearly run afoul of the law on Wednesday when it announced the prices minutes to midnight. The legal framework requires EPRA to announce the maximum pump prices on the 14th of every month. It however experienced delays owing to consultative meetings with Petroleum Ministry officials and industry players that ran late into the night.

Online complaints and defence of the move however seem to have weighed heavily on the political image of the new government. This sparked off a series of day-long meetings in which different parties are said to have pushed for the reintroduction of the subsidy.

Insiders said Epra was expected to issue an addendum on the price caps, possibly reinstating the subsidy for super petrol while increasing what was offered for diesel and kerosene.

At one point sources privy to the meeting indicated that there was a push to eliminate the Sh12 margin imposed on super much to the dismay of marketers. It remains to be seen if the more political voices and considerations will take the day as the feeling that high fuel prices are too high a price to pay and will erode the political goodwill of the new regime.

President Ruto on Tuesday made it clear his administration’s intentions to withdraw the subsidy that has cushioned Kenyans from high cost of fuel since April last year, noting it was a drain on public funds.

He said the government had spent Sh144 billion on the subsidy since April last year, out of which Sh60 billion has been spent in the last four months alone. This, he termed unsustainable.

Retaining the subsidy for the rest of the year would have cost the government Sh280 billion, which Ruto noted is equivalent to national government’s entire development budget. “In addition to being very costly, consumption subsidies interventions are prone to abuse, distort markets and create uncertainties including artificial shortages of the very products they seek to subsidise,” he said.

Other than market distortions and the strain it has been causing Treasury as it sourced for funds to foot the bill, Ruto could also be following the script by the International Monetary Fund (IMF).

IMF has been demanding withdrawal of the fuel subsidy, arguing that it is unsustainable with little fiscal space for the government. At the same, IMF had argued, the subsidies tend to benefit people who do not deserve the cushioning, case in point being moneyed Kenyans driving fuel guzzlers and still enjoying the subsidy.

In a July report, IMF said the government had committed to doing away with subsidies by October this year. “The authorities intend to continue gradually realigning domestic to global fuel prices in 2022/23 financial year so as to eliminate the fuel subsidy by October 2022,” said IMF in the report.

The report follows IMF review on progress that Kenya has made in instituting a number of policy changes, which were part of conditions tied to an extended credit facility by IMF.

The three year $2.34 billion (Sh281 billion) facility that was rolled out early 2021 was expected to help Kenya’s recovery efforts from the effects of Covid-19 as well as reduce debt vulnerabilities. Funds are disbursed periodically on Kenya meeting the conditions. So far, IMF has released $1.208 billion (Sh144 billion).

IMF however said the vulnerable segments of society might continue enjoy a level of subsidy, which might mean continued partial subsidy for kerosene.

“Kenyan government is in the process of reviewing the country’s fuel pricing formula… the review should assess the impact on the vulnerable for whom the mission advised extending more targeted a support program,” said IMF. 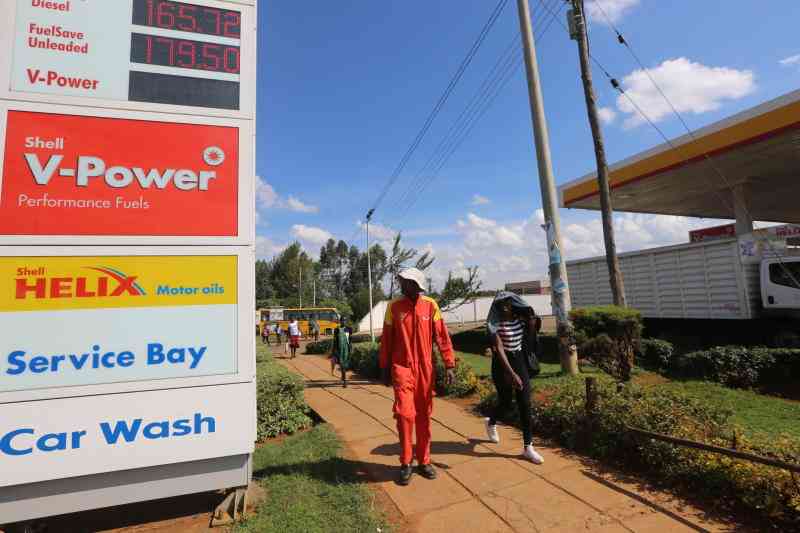 With prices at record highs, focus might again shift on taxation of petroleum products in a bid to offer to consumers of not just fuel but most products, which heavily depend on fuel for production and movement to market. Taxes account for a huge chunk of the cost of pump prices. At Sh64.14 per litre of super petrol , taxes and levies currently account for 35.78 per cent of the retail price of the Sh179.3 a litre of super petrol in Nairobi.

National Assembly’s Finance and National Planning Committee had last year suggested a review of petroleum taxes. The committee, then chaired by Gladys Wanga, had proposed cutting of taxes.

Nothing however came of these proposals.

Fuel prices have been going up over the last two years after a huge drop was experienced in April 2020 after the collapse of crude oil prices owing to reduced global demand. As economies recovered however and in turn growth in demand for crude oil prices, local pump prices have maintained an upward momentum.

Previous article
Premium
Barclays returns to Kenya, but it's now only for the super rich 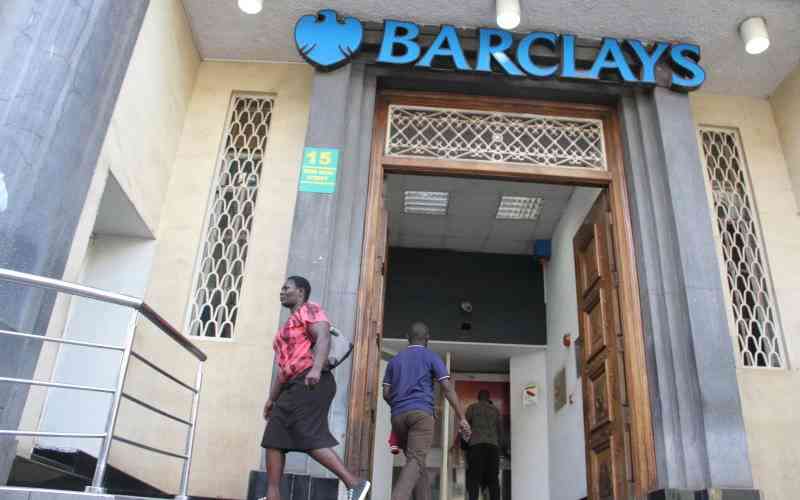 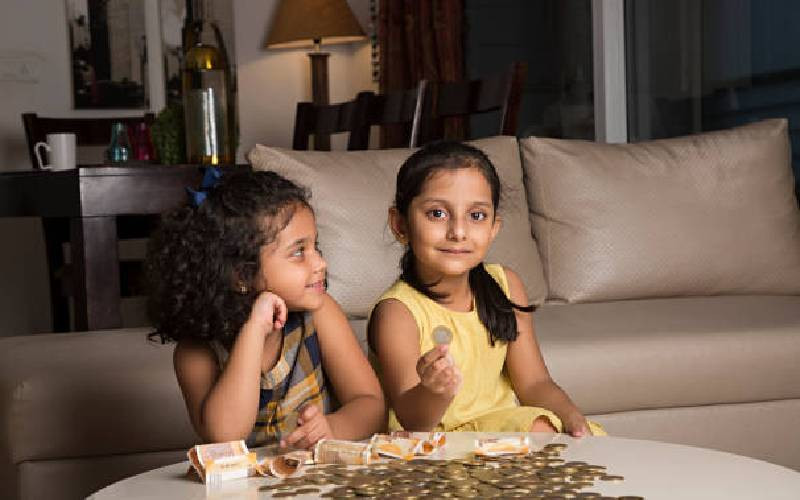 By Peter Theuri 19 hours ago
Business
Where is the subsidized fertiliser?