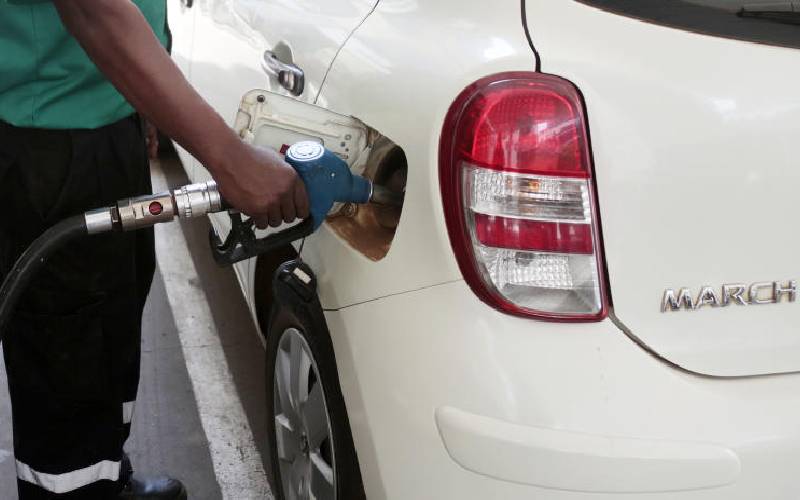 Fuel prices have been reduced in Epra's new monthly review.

A litre of petrol and diesel nationally will, for the next one month, sell at Sh5 less than the current rates, while the price of a litre of kerosene goes down by Sh7.28.

The Energy and Petroleum Regulatory Authority in a statement signed by director-general Daniel Kiptoo, said the prices are inclusive of VAT in line with the provisions of the Finance Act 2018, the Tax laws  (amendment) Act 2020 and the revised rates for excise duty adjusted for inflation.

Despite the increase in the landed costs, the applicable pump prices for this cycle have been reduced, Epra added.

The government will utilise the Petroleum Development Levy to cushion consumers from the otherwise high prices.

The purpose of the Petroleum Pricing Regulations is to cap the retail prices of petroleum products that are already in the country so that importation and other prudently incurred costs are recovered while ensuring reasonable prices to consumers.

Lawmakers ordered a review of the pricing formula to lower fuel prices.

In a report tabled in the House on October 12, the Finance and National Planning Committee directed Epra to ensure every parameter in the formula is accounted for.

The document that was tabled before the committee had revealed that the taxpayer spent Sh1.3 billion in demurrage charges between January and August. The amount was paid to 60 vessels that docked at the Port of Mombasa.

Demurrage is the fee paid when a ship arrives at the terminal to discharge oil and has to wait beyond the stipulated time. It is charged on an hourly rate based on the agreed market price and it emerged yesterday that a vessel attracts Sh4.5 million per day it spends at the port.

“The fuel pricing formula be amended to make demurrage a standalone factor of calculation of the price of fuel as opposed to the current scenario where it is factored in the landing costs,” recommends the report.

The report was tabled on a day the committee fined Petroleum Cabinet Secretary John Munyes Sh500,000 for snubbing summons.

The National Assembly last week ordered the CS to appear before it without fail to explain high demurrage charges that are linked to the high cost of fuel.