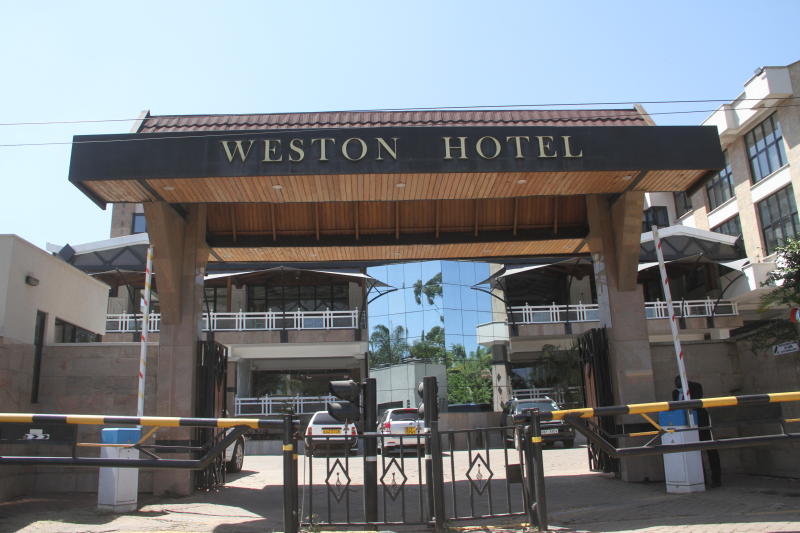 Deputy President William Ruto yesterday lost the first round of a court battle filed by the Kenya Civil Aviation Authority (KCAA) on the land where his Weston Hotel stands.

In June last year Weston urged Justice Benard Eboso to dismiss KCAA’s case arguing that the Environment and Lands Court had no powers to hear it.

The hotel said KCAA had defied National Lands Commission’s (NLC) orders to conclude negotiations on the land after which Dr Ruto would compensate it.

Weston argued that the only way the agency would approach the court was through an appeal and not a fresh case.

While disagreeing with the hotel, Justice Eboso said that the court had powers to hear cases emanating from the commission. The judge ordered parties to prepare to tell their side of the story on July 12.

Weston argued that KCAA ought to abandon its quest to recover the land and instead accept payment.

In the case, Ruto’s stand for payment was a departure from the initial defense that the hotel was the legitimate owner of the property.

Weston Ltd had argued that NLC’s order issued on January 21, last year, that it should pay for the land was unfair because it legally acquired the contested plot and should not be compelled to pay for the same a second time.

The hotel sought to conclude negotiations that would determine how much it will pay KCAA for the 0.773-hectare land opposite Wilson Airport. A fresh valuation of the land was to be done to estimate how much Ruto was to pay before NLC regularises the title to Weston Ltd.

Citing NLC’s orders, Weston, through lawyer Ahmednasir Abdullahi, asked the court to strike out the case “because KCAA has not exhausted the remedies offered by the commission.”

Weston Ltd argued that KCAA’s case is frivolous based on the doctrine of exhaustion of remedies. The principle states that a person challenging a decision must first pursue the available solutions offered to him or her before seeking a review or setting them aside. The lawyer said the NLC’s orders were couched in mandatory terms that the aggrieved party was to follow “to the tail end.”

Weston also accused KCAA of abusing the court process by allegedly filing multiple claims over the property in different forums.

“The determination of the dispute between the petitioner and the second respondent (Weston) had already been made by a commission of competent jurisdiction. This, coupled with the express and mandatory provision of the Constitution of Kenya 2010, and the NLC Act that expressly provide for a detailed process of how to handle the disputes of the genre before this court. The same cannot be ignored or wished away by the petitioner herein and the court,” the application filed on June 16, 2020, read in part.

Weston’s application was supported by Priority Limited, a firm that is alleged to have been the initial owner of the contested land.

The company, through lawyer Katwa Kigen, argued that KCAA prosecuted a case against Weston before the NLC and obtained a valid judgment, hence it would not be able to initiate another case against the same parties.

“The petitioner’s claim is res judicata in toto in the face of lack of an appeal from the NLC’s adjudication and the decision of the selfsame dispute. The petitioner’s petition is an abuse of the court process, including the proceedings available at the NLC,” reads Priority’s reply filed on July 1.