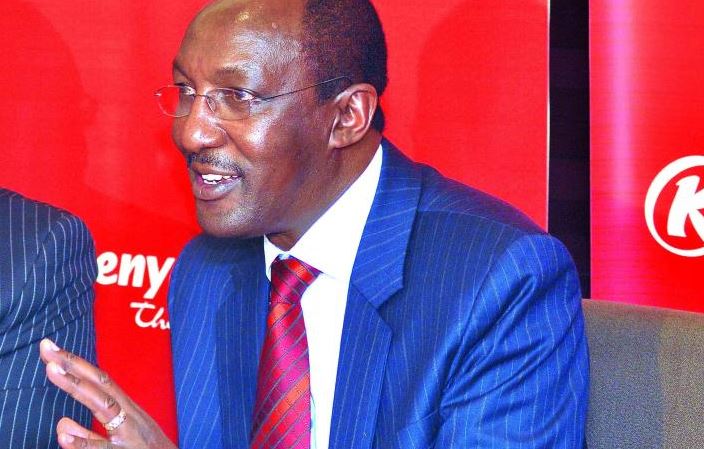 Two bank accounts of Kenya Airways have been temporarily frozen for failure to pay Sh10 million compensation for an employee who was unlawfully sacked.

The Employment Court slapped the order against the airline’s two bank accounts and that of former KQ boss Titus Naikuni (pictured) after they failed to honour an order that had directed them to deposit the sum as they pursued an appeal against the award.

The court had on June 28, 2019 ruled in favour of the airline’s former Corporate Communications Manager, Kepha Bosire, for the undignified treatment he underwent in the hands of Mr Naikuni and KQ for wearing an Arsenal football team T-shirt displaying the sponsors, Fly Emirates.

However, the two who were aggrieved by the award to Bosire were on February 27 granted suspension of execution of the order pending appeal on condition that they deposit the sum that had accrued and interest of Sh120,000 in court within 14 days.

Through his lawyer Stephen Mogaka, Mr Bosire returned to court on May 21 and filed an application to have the accounts attached as garnishees.

Mr Mogaka asked the court to issue orders attaching the accounts held by KQ because there was likelihood that the funds held by the banks will be withdrawn thereby rendering his client’s case a “mere academic exercise”.

He argued that his client was entitled to enjoy the fruits of the court judgement delivered last year, adding that the Court of Appeal has not issued any orders suspending execution of these proceedings.

In her ruling delivered on Wednesday, Employment Court judge Hellen Wasilwa said the order was in relation to the US dollars and shillings bank accounts held by the airline at the Kenya Commercial Bank and Citi Bank, which are to remain attached, pending hearing and determination of the case.

“The application be served upon respondents and be heard interperte on June 10 or thereabouts as directed by the Deputy Registrar before the trial court,” reads part of the ruling in favour of the application filed under certificate of urgency.

While issuing his verdict last year, Justice Nelson Abuodha ordered Naikuni to personally compensate Bosire for subjecting him to undignified treatment since his actions went outside his role as the parastatal’s CEO.

Bosire’s lawyer told the court that the former KQ boss confronted his client at a marathon dinner on the dance floor and stripped him of his T-shirt on grounds that he was promoting a competitor’s brand.

In his response, Naikuni said it was offensive for the man who was employed by KQ to be dressed in an attire promoting its competitors at the October 5, 2013 event, adding that the claimant elected to remove his jacket on the dance floor and further proceeded to remove the T-shirt as well.

The former KQ boss averred that he was the one who assisted the claimant to stay warm after he voluntarily stripped himself of the T-shirt by handing him a Maasai shuka from a lady who was seated nearby.

On the issue of termination of employment, KQ argued that Bosire tendered his resignation and there was no requirement for it to write to him a letter of show cause.