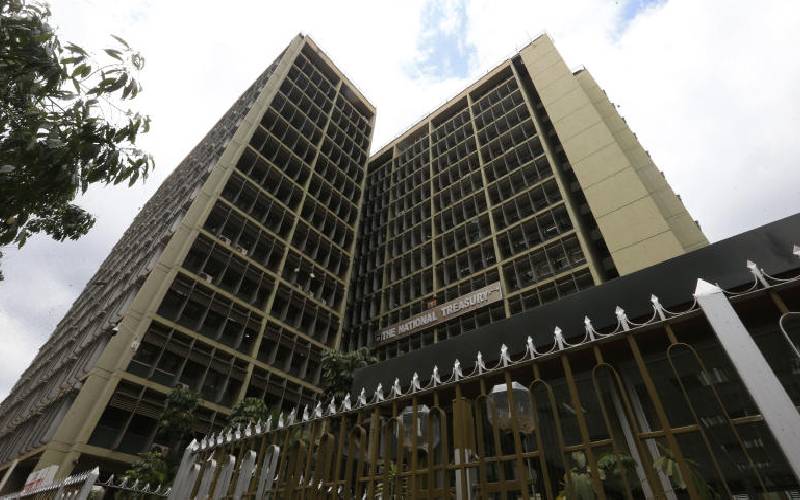 The Treasury has refused to set a ceiling on reductions to be made on judiciary and parliament budgets, setting stage for a confrontation with the two arms of government.

In the latest Budget Policy Statement, Treasury has said it cannot restrict budget cuts targeted in government austerity measures, particularly in the current economic uncertainty brought by the Covid-19 pandemic.

Parliament had recommended that any budget cuts proposed by Treasury on government entities be approved by the House before implementation.

“The National Treasury should not effect, through the Ifmis or Treasury circulars, any reduction in the approved budget for judiciary, parliament or any ministries, state pepartments and agencies before approval by the House, as doing so is illegal,” said Parliament in a recommendation made in the 2019-20 budget.

However, Treasury Cabinet Secretary Ukur Yatani has asserted that given the current economic challenges, borne of the Covid-19 pandemic, parliament’s resolution hold no water.

“However, given that the country is facing the challenge of the coronavirus there is a slowdown in economic growth leading to under-performance in revenue collection. Further, there is need to provide resources to counter the effects of the Covid-19.”

Treasury has already revealed that tax revenues have fallen below target by as much as Sh211 billion in the first nine months of the 2019-20 financial year.

In the 2020-21 budget, Treasury has cut the Executive allocation down to Sh1.7 trillion from Sh1.9 trillion allovated in the previous financial year.

Last year, Chief Justice David Maraga faced off with Treasury and Parliament following reduction of allocations meant for the judiciary at a time when the courts are struggling to clear a backlog of cases.

Parliament had also recommended amending the Public Finance Management Act 2012, to penalise public offices that fail to settle pending bills, or those that commit the Government to projects before funds are allocated.

In another recommendation, Parliament had asked Treasury to suspend Sh1.1 billion approved for the Loiyangilani-Suswa Transmission Line under the Lake Turkana Wind Power project, until findings of a forensic audit are made public.

At the same time, Parliament wanted the Bus Rapid Transit project to be moved to the State Department for Transport and the Kenya National Shipping Line to remain in the department for Shipping and Maritime Affairs for ease of coordination and management.

The proposal was turned down.

Directors of the company, Ashish Patel and Benjamin Ikenye, had convened the creditors meeting last week.