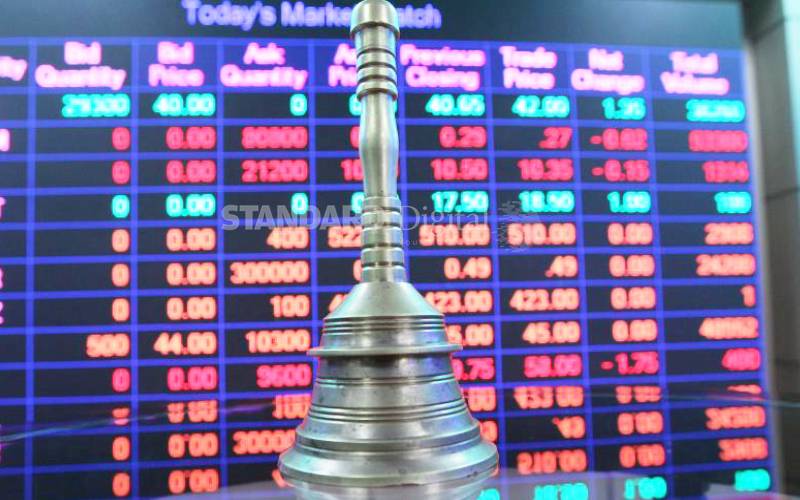 One in three companies listed at the stock exchange are hurting from a toxic mix of factors, with massive job layoffs capturing the collective pain.

These large firms, which are also among the biggest employers, have either reported losses or a sharp drop in revenues and profitability.

Kenya Power, the electricity distribution monopoly, is the latest addition to the long list of bleeding firms, with huge implications to the wider economy.

Among the reasons given, by individual firms, for the financial losses are delayed payment from the State for supplies, rampant fraud and high cost of doing business.

Considering that businesses are interdependent, the ripple effect of a plunging performance spreads wide, like with Mobicom sending home all 800 workers following the troubles of its main client, Telkom Kenya.

A complete shutdown of the economy is inevitable, unless urgent interventions are sought, including a stimulus package, according to former senator and accountant Billow Kerrow.

“The Government is betting on the wrong horse by focusing on a few mega-infrastructure projects funded on debt and whose economic payoff is unlikely to crystalise any time soon,” he said.

He was making reference to President Uhuru Kenyatta’s bet on huge projects for development, including the Standard Gauge Railway, whose benefits to the economy are difficult to trace.

Further, the President’s Big Four agenda, with a budget estimate of more than Sh400 billion, has variously been criticised as amorphous.

A review of the reported operating results from various companies confirms the pain of a bleeding economy, with many adopting cost-cutting programmes to remain afloat.

Others have failed to stay alive, even after instituting painful measures, painting a bleak future for the country in the coming months as more employers fold up.

Even Safaricom, Kenya’s most profitable company, is considering cutting back on the workforce provided by third-party contractors, such as guards.

Even more jobs are projected to be scrapped at NBK with its recent acquisition by KCB Group and the subsequent integration of operations.

The Nairobi Securities Exchange (NSE), whose health is an accurate barometer of the broader economy, is among the firms that have had to declare redundancies.

The firm spent Sh52 million in January in compensation for staff it had laid off. Depressed activity in the stock market, from last year, occasioned the staff restructuring in response to a sharp decline in revenues and profits.

NSE, whose main revenues is derived from trading levies charged on buying and selling of securities, said its half-year net profits fell from Sh134 million to just Sh13.5 million.

Despite agriculture being the backbone of the economy, contributing the biggest proportion of employment and productivity, listed firms in the sector are the worst hit.

Limuru Tea, its sister company Kapchorua, Eaagads and Sasini have all reported a sharp decline in productivity and profits. Part of the problem is depressed agricultural commodity prices in world markets and extended drought.

It is, however, the manufacturing sector that has bled the most since the year started. While there are indications from the past two years of a slowdown in manufacturing, the sustained decline is confirming a worrying trend.

Already, ARM Cement has collapsed, and been taken over by a company that is at least 30 years younger but backed by billionaire Guru Narendra of Devki Group.

ARM’s fate is shared by East African Portland Cement Company, whose operations have all but stalled. Bamburi Cement, the market leader, is also struggling, with its managing director Seddiq Hassani saying the construction sector seems to have stalled.

He said cement manufacturers have nothing to smile about, especially with competition depressing prices in an environment of rising input costs.

“Over the past three years, costs of inputs have been rising to an unsustainable level given current market dynamics. Cement prices, on the other hand, have fallen as a result of market price pressure, squeezing the margins for manufacturers, who have had to go on cost containment overdrive to mitigate the situation,” he said.

Hassani fears that the industry’s sustainability is at risk, with listed cement companies highlighting the serious erosion of shareholder value and job losses.

East African Cables also saw a sharp fall in sales from Sh872.5 million to Sh699 million, an indicator of struggling times for the manufacturer. It was forced to look inward to slash costs and turn a profit.

Another manufacturer, Crown Paints, saw its profits fall from Sh41 million to Sh29 million on a higher tax charge.

Other firms that have plunged in their performance include Housing Finance, which sank into a Sh97 million net loss in the six months to June this year after turning a profit last year, and Home Africa, which has more than doubled its losses to Sh346 million.

Both firms that deal in the property market cite sluggish demand from potential buyers.

Listed media companies, the Standard Group and Nation Media Group (NMG), have not been spared either. Standard Group’s profits fell to Sh19 million from Sh126 million, while Nation’s fell from Sh529 million to Sh403 million.

Standard Group said advertising revenue had shrunk, compounding the effect of major investments in the rollout of new products.

NMG said the business environment was tough and that the financial distress in the economy squeezed advertising spend by clients.

“A lot of organisations are struggling, and they are ideally our advertisers. A lot of the time, when firms struggle, they cut sales promotions and advertising budgets,” said Richard Tobiko, the NMG Group finance director, during an investor briefing in September.