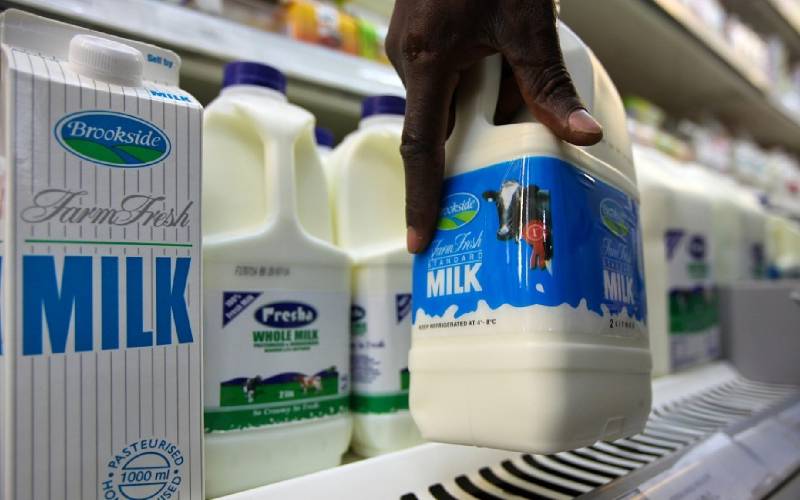 Milk processor Brookside says it will pay its more than 160,000 farmers Sh36 for every litre of milk delivered, up from Sh31 beginning yesterday.

The move is likely to trigger price realignment by processors, coming on the back of drought that has seen milk production fall over the past three months.

It is also seen as a response by the processor to concerns by farmers that in spite of increases in shelf prices, farm-gate prices had remained at a near constant over the past four months.

The new rate will also benefit 300 dairy groups, which supply milk to the Ruiru-based processor.

Director of milk procurement and manufacturing John Gethi said price adjustment was meant to cushion farmers against the effects of dry weather, which had suppressed production.

“The current business environment has occasioned an increase in consumer prices of our products. We have decided to pass on the benefits of these increases to our farmers during this exceptionally dry period,” said Gethi.

“We call on our farmers to redouble their effort in milk production in order to further benefit from this opportunity with the new price adjustment.”

The Kenya Dairy Board recently said intake by processors had plummeted five per cent over the first quarter of the year due to dry weather.

By Julius Chepkwony | 19 minutes ago

By Steve Mkawale | 11 hours ago

Why Nakuru is most preferred trade hub
Feedback