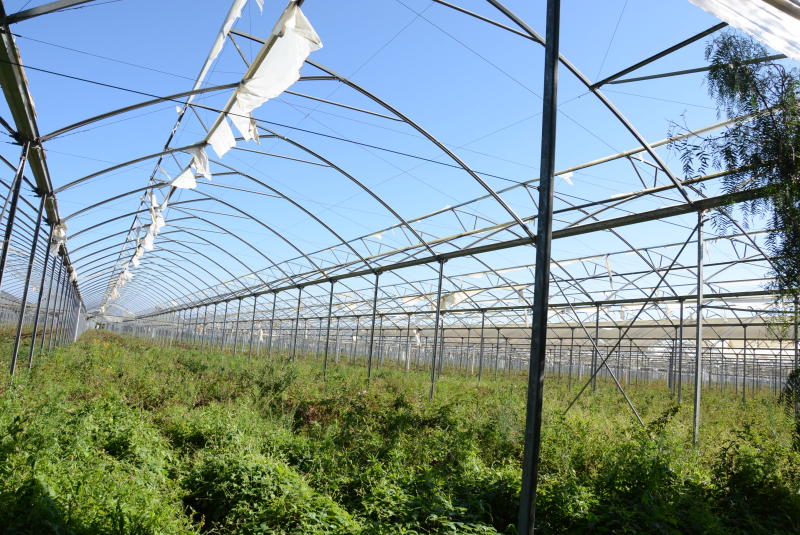 NAIVASHA, KENYA: As many people across the World prepare for the festive season over 3,000 flower workers in Naivasha have little to celebrate.

The former Karuturi workers laid-off three years ago continue to face financial uncertainties and many left with no option have turned into illegal fishermen in L. Naivasha and other small businesses in the once flourishing DCK center.

The situation has been worsened by the closure of the Karuturi hospital that served tens of the workers and the nearby community with fears that the nearby secondary school could also close door.

The workers final hopes are now pegged on the ruling by the Court of Appeal on Thursday 20 over a Sh1.8 billion dispute between CFC Bank and the owner Ram Karuturi.

Hours to the ruling, the Kenya Plantation and Agricultural Workers Union (KPAWU) painted a grim picture around the dilapidated estate that houses the workers with over 15 deaths reported to date.

According to Ferdinand Juma, KPAWU secretary-general in Naivasha, the former workers and their dependents have gone through untold suffering.

Juma said that the former workers are still hopeful that they would get the over Sh290 million that they were owed in savings to start their lives afresh.

“Over 15 former workers have died while waiting for their dues, tens are in depression, some of their daughters are pregnant and the only hospital that served the area was closed down,” he said.

The unionist added that a court where the workers through their Sacco were owed Sh29m by the bank had been postponed on various occasions further worsening the situation.

“The Sacco is demanding Sh29m from CFC bank and another Sh17m from the owner and if released this can change the lives of the suffering workers,” he said.

The sentiments were echoed by the workers representative Harrison Wafula who said that the fate of students who sat for KCPE last year was unclear as the parents could not raise the fees.

While leading workers in a peaceful protest to demand their dues, Wafula admitted that their hopes lie with the court of appeal.

“We have written to Parliament, Senate, EACC, DPP and the Chief Justice, and we hope that justice will prevail on Thursday,” he said.

Karuturi's Executive Director Ms. Yeshoda Karuturi said that when the farm was operational they provided free healthcare, schooling and housing to all the employees ensuring that their wellbeing was top priority.

“We are in the process of getting back the firm and if this happens we promise to restart the hospital, ensure the schools don’t close and employ every one of the workers and promise to pay their dues," she said.

A senior manager from Stanbic Bank and who declined to be named said that they would not be discussing the matter as it was currently in court.

“There is a dispute in court between the former owners of the farm and us, and we are waiting for the matter to be determined, and we shall comment then,” said the manager.

Tough times ahead as fuel prices go up by Sh5.50 in new EPRA review
Feedback