High emotions as Uhuru's mother gives him powerful send off

It was a day of high emotions before the six post-election violence suspects leave for the Netherlands to make their initial appearance at The Hague, as Deputy Prime Minister Uhuru Kenyatta’s mother hugged and blessed him and Eldoret North MP William Ruto at a rally in his Gatundu constituency.

As all this was going on, the International Criminal Court (ICC) registry confirmed receiving the application filed by two British lawyers on behalf of the Kenya Government challenging on the admissibility of the two cases facing Uhuru, Ruto, Head of the Civil Service and Secretary to the Cabinet Francis Muthaura, Postmaster General Maj-Gen (rtd) Hussein Ali, Tinderet MP Henry Kosgey, and Kass FM radio presenter Joshua arap Sang.

Uhuru’s mother, former First Lady Mama Ngina Kenyatta, held the heads of Uhuru and Ruto in a symbolic gesture to bless them.

"I want to give these two who are here the parent’s blessings before they can go. I am sure they will overcome this," she said.

Mama Ngina said Kenyans across the country had stood in solidarity with her son and the five others, and expressed her thanks.

"Colonialists gave us problems, and it is now clear that they have not relented," she said and promised to write a book on what she described as modern day colonial machinations in Kenya.

Addressing the rally, Uhuru said he and Ruto decided to hold rallies in different parts of the country to disprove the "persistent but unfounded reports that more than 80 per cent of Kenyans want them to be tried at the ICC".

He said their tours have given them a different picture.

The DPM accused some politicians of trying to capitilise on their Hague challenge by trying to brand them as tribalists.

"Some politicians have tried to portray us as tribalists, but we have been in the company of MPs from every region of this country and I thank all of them in a big way," said Uhuru.

Ruto said politicians should dedicate time to perform the duties Kenyans pay them for, instead of constantly politicking. He challenged Prime Minister Raila Odinga, who has opposed deferral of the ICC cases, to "tell Kenyans what he has achieved while serving as PM."

"I didn’t vote for President Kibaki during the last election, but I recognise the good work he has done for Kenya. Uhuru’s work as Finance Minister especially the Economic Stimulus Package is visible. Kenyans know how I performed my job when I was Minister for Agriculture," he said.

"To build Kenya we must work and expand the economy and create jobs. We cannot do that by inviting foreigners to work for us, or by telling the youth that they are worth only Kazi Kwa Vijana," he added.

Yesterday, Uhuru and Ruto readied themselves for their trip to The Hague by attending the rally at the DPM’s home ground of Gatundu. Uhuru, who together with Ruto have held a series of rallies over the past few weeks, sought the blessings of his constituents before flying out today.

Meanwhile, the judges of the International Criminal Court are reviewing a proposal presented by the Kenya Government that if accepted could see the judges delay cases facing The Hague six. But it appears that the Government does not want to put its eggs in one basket as it challenges the cases on the basis of admissibility.

In the application filed by Geoffrey Nice and Rodney Dixon, the Government promises the ICC that if the cases were deferred, local trials of the post election violence of suspects at the highest level of the Kenyan society would kick off by September.

The lawyers say that trials of low ranking members of society suspected to have committed crimes have been ongoing, and with the enactment of a new Constitution, a continuation of the investigations would reveal the high-ranking suspects.

"The experience of most international tribunals has been that it is by the pursuit first of suspects and offenders at a lower level — the "foot soldiers" of mass crimes — that higher level suspects fall for better consideration," the application says. The Government’s application claims the delay in setting up a local tribunal was due to "enormous challenges" the country faced after the post-election violence.

The Government tells the ICC that it would be updating the judges of the progress made in efforts to start local trials.

The following is the timetable of the reports government will present to the ICC:

(i) End of July 2011 - report on investigations under the new Director of Public Prosecutions and how they extend up to the highest levels, and on the cooperation with the ICC Prosecutor in these investigations;

(ii) End of August 2011 - report on progress made with investigations to the highest levels, and on adoption of the three Police Bills, and reorganisation of the police services, including the appointment of the new Inspector-General;

(iii) End of September 2011 - report on progress made with investigations and readiness for trials in light of judicial reforms.

The Government has also made a request to be given a chance to address the court when The Hague six appear before the Pre-Trial Chamber on Thursday and Friday.

But the ICC yesterday said that there was no timeframe for responding to the application, and it is not clear if Kenya’s lawyer will get a chance to address the Pretrial Chamber 11.

In its application, the Government also wants the ICC to hand over all the evidence gathered against suspected perpetrators to help in local trial that can begin by September this year.

During yesterday’s rally, Uhuru said the trip by the six to The Hague would make them stronger.

"There are those who think that our race (to State House) ends at The Hague. They will be disappointed because that will make us stronger in our resolve. Let them not think that our war with them ends there. It has just began," remarked Uhuru.

"There will be a meeting in Equatorial Guinea at the end of July and Africa may say that the rejection by the United Nations Security Council to support the African’s decision is tantamount to showing the continent disrespect. African states may consider forming their own court," said Kalonzo.

After more than a year of uncertainty, the Government is back on board with a scheme it hopes will empower Independent Power Producers lining up to undertake crucial power projects in the country. 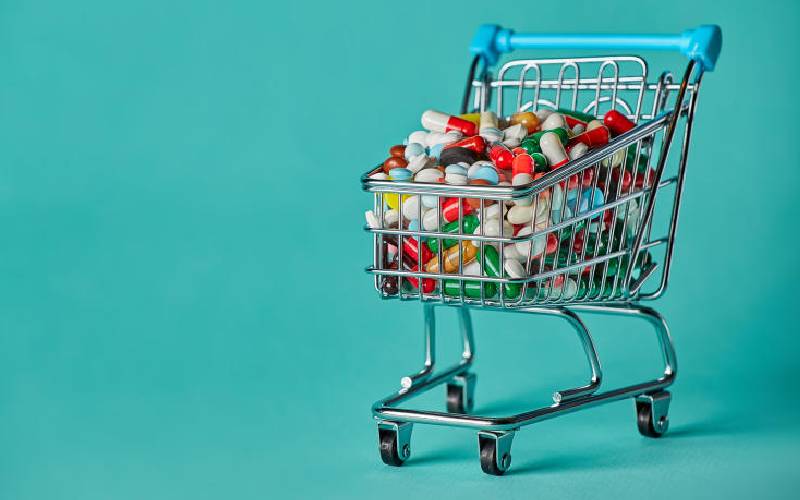