A social enterprise has invited people around the globe to canvas major FMCG companies to join the fight against extreme poverty. 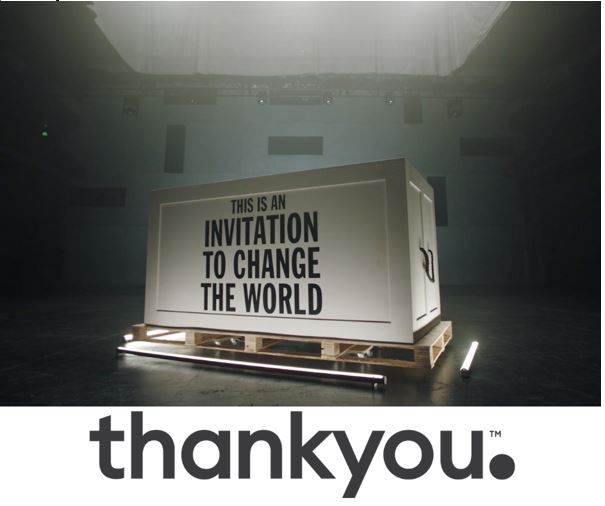 So what does it take to close the gap between 736 million people living in extreme poverty around the world and the $36 trillion spent on consumer products each year?

A bold initiative, aptly named No Small Plan is calling on two of the world’s largest fast-moving consumer goods (FMCG) companies to step up to a unique challenge set by Australia-based social enterprise, Thankyou.

Like the FMCG giants they are challenging, Thankyou produces consumer products such as hand wash, sanitisers and baby lotions. Beyond the cost of running the business, all other money the company makes goes towards ending extreme poverty globally. In Kenya, grants totalling $1.4 million have so far been given to initiatives such as Lwala Community Alliance, Nuru International and Water & Sanitation for the Urban Poor, who all do important work towards poverty eradication.

According to the World Bank definition, extreme poverty refers to those living on less than $1.90 a day. The already high number of people living below the so-called bread line has only been exacerbated by the COVID-19 pandemic.

Thankyou’s No Small Plan campaign is as ambitious in scope as the enormity of the issue they hope to address with the cooperation of people and strategic partnerships. Their logic is simple: the more people who buy their products, the more money can be donated to end extreme poverty. This theory led to the bravery of asking P&G and Unilever to manufacture and distribute their products.

By drawing on the power of the collective and leveraging the voices of influential citizens like  like Patricia Kihoro, Adelle Onyango and Shiko Nguru, Thankyou is rallying people around the world to join them in asking P&G and Unilever to join a partnership to end poverty.

A social media campaign to drive measurable social change is ultimately what No Small Plan seeks to achieve. Anybody, anywhere in the world, can show support by adding their voice to the cause. All that’s needed is to post a photo on social media or share the campaign with the caption “I’m in, are you?” using #thankyoutotheworld hashtag. This is what influential voices have been doing across the world - from Kenya to the UAE, from Nigeria to South Africa.

Virtual meetings have been set up with both P&G and Unilever and, at the end of the campaign, Thankyou will announce which of these multinationals have agreed to the partnership on one of the largest digital billboards in the world, in New York City’s Times Square.

But this leaves an obvious question: what if it doesn’t work? What if P&G and Unilever don’t heed this collective call? Daniel Flynn, Co-Founder of Thankyou, has a simple answer: “What if it does work?”

Thankyou was founded in 2008 by a group of university students, and in only 12 years has grown into a movement of millions of people taking small steps to create big change. Thankyou’s highly engaged community successfully petitioned the two largest supermarkets in Australia to stock Thankyou products. Additionally, Thankyou’s supporters helped to reach a $1.2 million fundraising target to fund the organization’s future growth into new categories and launch into New Zealand by rallying around “Chapter One,” Thankyou’s pay-what-you-want book.

It is possible to build a more equal society