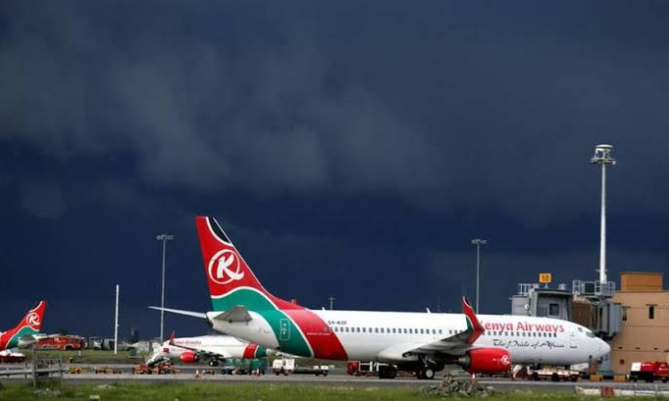 Kenya Airways has issued a profit warning expecting earnings to be lower by 25 per cent this year compared to same period last year.

The airline says the drop is due to competition in areas of operation.

"In addition the adoption of new IFRS rules of 2019 required significant adjustment to both the profit and loss statements and balance sheets for the current financial period," said the airline Chairman Michael Joseph.

The airline this week announced the appointment of Allan Kilavuka as the acting Chief Executive Officer effective January next year. He replaces Sebastian Mikosz.

Kenya Airways to resume direct flights to Rome in June

Allan is currently the Chief Executive Officer of Jambojet and will continue with his role until a substantive CEO of Kenya Airways is recruited and appointed.

A lot of expectations had been placed on Sebastian Mikosz when he reported to Nairobi in 2017, but in May this year, he announced he would be leaving at the end of December, several months before the end of his three-year contract.

The airline joins Nairobi Securities Exchange, CIC Insurance among others who have issued profit warning this year.

On Wednesday, CIC warned the public against drop in its profit citing adverse claims in lines of Key businesses. It expects profit to drop by 25 percent compared to the same period last year.