Shadowy deal to privatise ports may be a conduit for corruption

What started out like one of those unlikely political satires has quickly evolved into a matter of immense public interest.

This follows confirmation by the National Treasury that there have been essential engagements with a foreign-based private investor to develop and run key operations in Kenya’s strategic ports.

While the details are still scanty as to the exact nature of the deal, and the stage of engagement thus far, there are clear signs of potential monkey business going on behind the scenes.

First things first: Ports of entry are sacred strategic and security installations that affirm a nation’s sovereignty. To put this into context, imagine yourself building a multi-million-shilling house but letting out to a private investor to develop and control the access road and the main gate.

For argument’s sake, let us also assume it is absolutely necessary for this private investor to run the road and the gate. What levels of probity would you demand of this investor? What processes would you follow to identify who the suitable investor should be?

Economic meaning or evidence is established by finding correlations or trends. Thus, things that appear like coincidences are always treated with heightened curiosity to establish if there could be any meaningful relationship worthy trailing.

From scattered bits and pieces of information, there are things to worry patriotic citizens. In 2018, a leaked Auditor General’s report pointed to a potential risk of the Port of Mombasa as it was possibly listed as a borrower for the Standard Gauge Railway (SGR). This was quickly dismissed as sensational news.

Later, the Head of State would promise to make public the SGR contract details within hours on a live national TV. This has never happened to date. In May this year, a purported external study by foreign policy and contracts experts published a report in one of the local dailies allaying fears of any fishy dealings in the contract, contrary to the Auditor General’s report.

According to this article, it was the National Treasury that was listed as the borrower under the contract. Curiously, this was only days before the State lost at the High Court in a case by civil society demanding full disclosure of the SGR contract details.

Soon after the court decision, a parliamentary investigation report was published confirming that indeed the Kenya Ports Authority (KPA) was listed not only as a borrower, but it had actually paid an unknown sum to the SGR lenders for failing to meet the guaranteed cargo haulage capacity.

The people’s representatives demanded that the contract be renegotiated to free the port’s authority of its obligation. This is because KPA can never be expected to influence and control private transactions of importers and exporters. Staying the status quo would mean they meet all the shortfalls under the debt obligations.

Circumstantially, an Executive Order dated August 7, 2020, consolidated and transferred the operations of KPA, Kenya Railways Corporation (KRC) and Kenya Pipeline Corporation (KPC) from their parent ministries to the National Treasury.

These agencies were henceforth to operate under a new single agency, the Kenya Transport and Logistics Network (KTLN). The Industrial and Commercial Development Corporation (ICDC) was listed as the coordinating agency as well as holding company.

According to the Executive Order, this arrangement does not amend the individual entities Acts from which they draw their mandate, functions and governing structure. In all fairness, this creates one hell of a legal, operational and administrative conundrum.

Given this background, it now emerges that the ministry into whose care the three agencies were moved is engaged in a process to privatise key operations of the port.

To make matters worse, this is through a single sourcing deal as opposed to an open competitive tendering process. Not lost in this debate is a controversial recent amendment to the Public-Private Partnership (PPP) Act that seems to provide a window for private investors to identify potential opportunities on their own motion.

This would technically mean a PPP project can be initiated by private actors outside formal plans and get adopted for implementation by the government.

There have been whispers that some of the big projects so far can be traced back to private conversations over dinner in foreign capitals. But back to the matter at hand, there are valid questions that must be candidly discussed before any binding commitments can be made, no matter the justifications.

One, are there any relationships and/or linkages between these prior decisions and the ongoing deal? Two, have the sovereignty and security considerations been carefully considered and evaluated? Three, have the risks been weighed, quantified and measured against the long-term interests of the nation and the people of Kenya? If so, why opt for a private deal as opposed to a competitive bidding process as enshrined in Article 201(1) of the Constitution, and the public procurement laws?

The clincher here is two-fold: First, this information originated from quarters that, for all intents and purposes, would be considered as government insiders, politics aside. In the economic world, this ought and must be treated as insider information and thus capable of offering abnormal profits.

Secondly, it is a no-brainer to appreciate the entrenched corrupt practices in our public administration systems. This is especially so for deals perpetuated around election cycles or during transitions of political administrations.

Coupled with the shadowy campaign financing arrangements, there is every reason for patriots and those who deeply love this country to lose sleep over these dark deals.

It is nefarious for Treasury to argue that the country would benefit from the jobs and taxes generated by the private investor while ignoring the true commercial worth of the ports in question. Even if privatisation is the only option left, why not allow local investors to compete? Funds can be mobilised through the capital markets and construction works outsourced on a need basis. 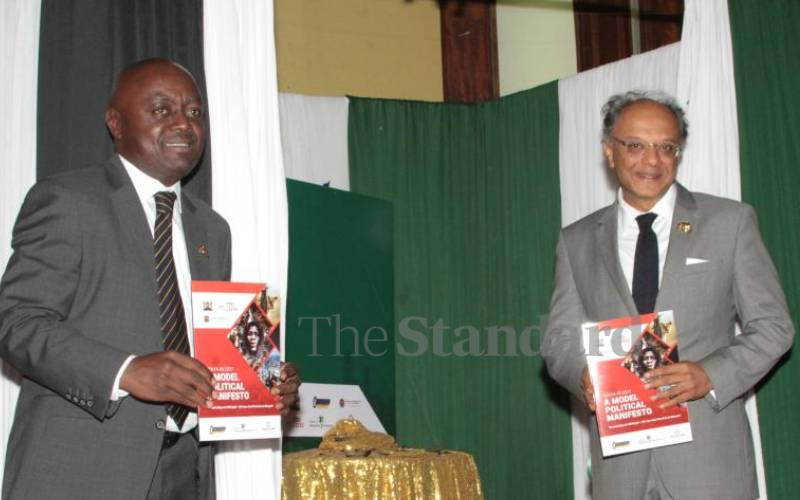