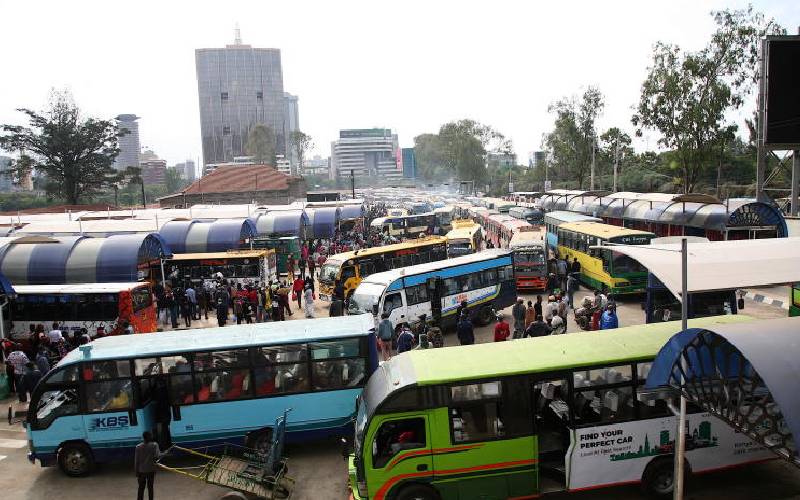 Drivers of Public Service Vehicles (PSVs) including matatus will be spared competence checks that have been happening every two years if Parliament passes a Bill seeking to amend traffic laws.

The Traffic (Amendment) Bill 2021 wants the tests dropped in what could give relief to drivers, but potentially open loopholes for reckless ones to continue operating PSVs.

“Clause Six of the Bill seeks to amend the principal Act by deleting section 103A (4) to provide for practicability in operation of the industry and ease of implementation of the Act,” reads the memorandum of the Bill.

Under the Traffic Act, 2013, every driver of a PSV is required to undergo compulsory testing every two years to ascertain his or her competence.

National Transport and Safety Authority (NTSA) data showed 4,121 people died in accidents as at end of November 2021 —18.5 per cent higher than the 3,478 who had died at the same time last year.

The Bill, which has been introduced in Parliament by Tiaty MP William Kamket, also seeks to drop the current three-month imprisonment or Sh20,000 fine, or both, for drivers who exceed the speed limit by more than 20 kilometres per hour.

According to the Bill, the provision has been misinterpreted, with some agencies taking it to mean that a person does not commit an offence unless the speed limit is exceeded by more than 20 kilometres per hour.

“Other entities including NTSA argue that the section creates a minimum penalty for persons who violate the speed limit by more than 20 kilometres per hour,” the memorandum says.

The Bill also proposes that drivers be fined the current Sh100,000 or two-year prison term only when they have exceeded prescribed limits of alcohol as opposed to passing “subjective judgment” on one’s ability to control the vehicle after taking alcohol.

“The amendment shall ensure that this test be an objective one by providing for such measurable and scientific applications as prescribed limits,” it says.

The Bill allows for the outsourcing of the annual vehicle inspection as opposed to restricting it to NTSA.

By XN Iraki 20 hours ago
Opinion
Premium We admire hustlers though many of us never say it
.