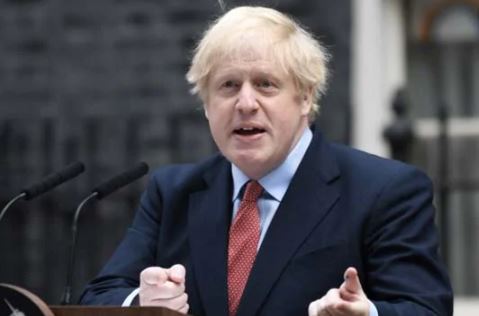 Britain, which is co-hosting the virtual summit ahead of climate negotiations in Glasgow next year, has faced accusations of hypocrisy from campaigners for continuing to finance climate-warming oil and natural gas projects abroad.

“By taking ambitious and decisive action today, we will create the jobs of the future, drive the recovery from coronavirus and protect our beautiful planet for generations to come,” Johnson said in a statement.

More than 70 world leaders from countries including China, India, Canada and Japan are due to unveil more ambitious climate commitments at the summit.

Britain would be the first major economy to commit to ending public finance for overseas fossil fuel projects.

“This policy shift sets a new gold standard for what serious climate action looks like,” said Louise Burrows, policy adviser with consultancy E3G. “Britain now has a mandate to mobilise other countries to follow suit.”

The UK Export Finance agency has offered guarantees worth billions of dollars to help British oil and gas companies expand in countries such as Brazil, Iraq, Argentina and Russia, Burrows said.

The government said the new policy would come into effect “as soon as possible” and would mean no further state support for oil, natural gas or coal projects overseas, including via development aid, export finance and trade promotion.

There would be “very limited exceptions” for gas-fired power plants within “strict parameters” in line with the Paris deal, the statement said.

At the same time, Canada plans to ramp up its price on carbon as part of a programme to fight climate change, the Liberal government said on Friday, prompting praise from green groups often critical of Ottawa’s record.

Canada, which has missed every one of its emissions targets, is relying heavily on the measure to help meet 2030 commitments.

“The cleaner your economy, the faster and stronger it will grow. There is no time to waste,” Prime Minister Justin Trudeau told reporters.

Canada, a vast cold country that is also a major crude exporter, has long struggled to control emissions of greenhouse gases that are widely blamed for global warming.

Trudeau reiterated that the measures would help Canada meet its Paris Climate Accord target of a 30 per cent cut in 2005 greenhouse gas emissions by 2030.

The proposed hike is likely to be unpopular in the energy-producing provinces of Alberta and Saskatchewan, which have been hard hit by low prices and production bottlenecks.

Actions Kenya is taking to break free from fossil fuels