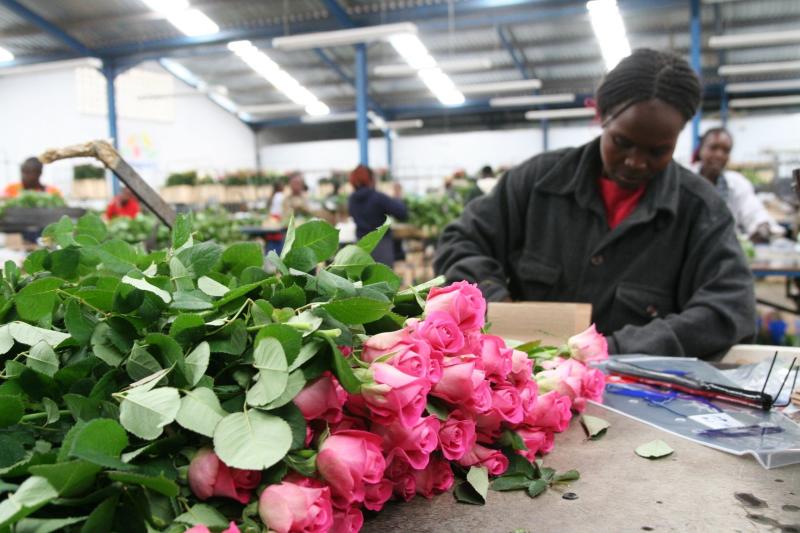 Kenya’s fresh exports have taken a huge beating following last-minute flight cancellations, including one last Sunday, which left 10 tonnes of flowers to rot.

That single consignment alone was valued at about Sh12 million, in the clearest illustration of how the economy is hurting from the coronavirus scourge ravaging the world.

Emirates Airlines cancelled the flight that was bound for one of the cities in Saudi Arabia, where at least 20 cases of the virus had been confirmed by yesterday morning.

Four other similar flights have been cancelled under similar circumstances even after the produce has been packaged and only awaiting loading onto cargo planes.

Besides remittances, flowers are the second biggest source of foreign currency for Kenya, earning over Sh120 billion last year.

“We are very worried about the trend in the main markets because we are running into a big problem,” said Kenya Flower Council Chief Executive Clement Tulezi.

When he spoke to The Standard yesterday, Mr Tulezi had just arrived from Milan, Italy, a country that is now in total lock-down to contain the rapid spread of Covid-19, which has so far claimed about 700 lives there.

Italian authorities imposed strict restriction on non-essential movement and meetings, with events such as funerals either put off or the attendance limited to only immediate family members.

Such restriction on movement means potential customers are locked up at home and would not be out shopping for groceries, including the Kenyan-grown flowers.

“It is almost zero now and the same is getting replicated in the Netherlands, Belgium and Germany,” Tulezi added, in reference to new orders.

In addition, local farmers are running out of the specialty inputs that meet the requirements of the main markets, indicating that the impact on flower growing is multi-faceted.

Ordinarily, Tulezi said, farmers would stock up for not more than a month owing to the high costs of inputs that include pesticides.

Peak demand for flowers is usually reported around Mothers’ Day, which is celebrated on March 21, but is this time unlikely to provide the buzz for producers.

Several other fresh commodities, including vegetables and fruits, are not reaching the market either, also as a result of the cancellation of flights.

Joy Kiiru, an economist at the University of Nairobi, said the country’s exposure was compounded by the globalisation and inter-dependence of economies.

Even if the virus were never to reach Kenya, the slowdown in the global economy would have direct implications at home, where trade and manufacturing are already taking a beating.

”We are seeing supply chain disruptions across the world, which is affecting several sectors at home,” said Dr Kiiru, who will later today be hosting a panel at the university to discuss the economic implications of Covid-19.

In Kenya, she added, tourism and travel would be the biggest casualties as the virus extends to almost 100 countries.

Kiiru projects that the global economy would slump into a recession should the scourge continue to June, and that would also hit the amount the Kenyans in diaspora can send back home.

Her views are shared by Jibran Qureishi, the Regional East Africa Economist at Stanbic Bank, who cited a study of 400 companies whose production he tracks.

Findings of the study are compiled in the Purchasing Managers’ Index, which weakened to levels last reported during the tense months around the twin 2017 presidential elections.

“Kenya’s exposure to the impact of Covid-19 is very significant and that is already showing from our studies. Manufacturing has already been affected,” Mr Qureishi said.

China, which is the source of most intermediate inputs for manufacturing, has been the worst-hit,  having been the epicentre of the outbreak.

Factories have been closed down and workers holed up at home to contain the spread of the deadly virus.

Imports from the country have as a result dried up, with indications that local firms dependent on Chinese inputs are not spared either.

Devki Steel Mills is one such manufacturer. Typically, the company imports a ship-load of steel from China once a month to maintain a three-month coverage at any point in time.

Today, the firm has eaten into its stock of raw materials and is remaining with slightly over a month’s supply before running out of inputs to keep the factories running.

Devki Group Chairman Raval Guru said the firm had been unable to ship inputs for steel manufacturing over the last two months.

“Nothing is coming through from China or South Korea because of the coronavirus, which is a global problem, but whose ripple effect is being felt here,” he said.

Besides the supply disruptions, he said, engineers expected from China and Japan cannot travel at the moment owing to the restricted movements.