Dr Pesa
Some money myths are so pervasive that most people believe them, yet you may be losing money by holding onto them. We debunk five of them. 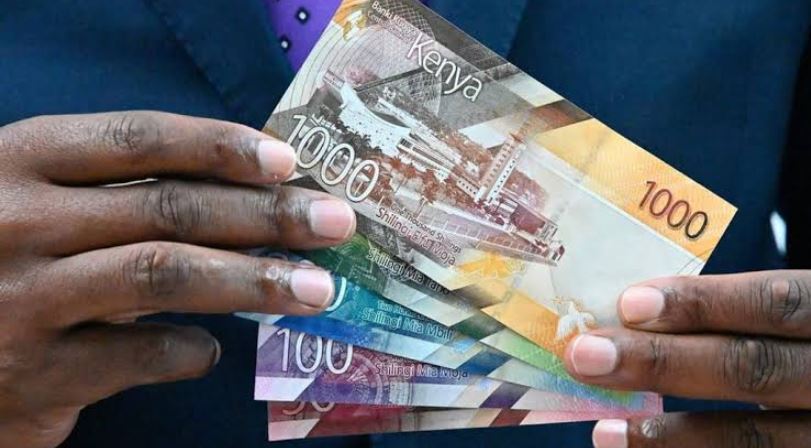 Some money myths are so pervasive that most people believe them, yet you may be losing money by holding onto them. We debunk five of them. 1. Renting is for idiots Owning a home is great. It is security. But should it be your ultimate financial goal? Some financial experts, like Grant Cardone, actually advocate for renting rather than buying a house. “A home is not an investment because it doesn’t pay you every month.

In fact, you have to pay for your home every month…. An investment is not a good deal if you are paying in and no cash flow is coming out. Your equity is tied up and you don’t have access to it,” he says. He advocates for investing in yourself, developing your skill sets and focusing on growing your income first. When you rent, you have a set amount that you pay every month that you can easily budget for. The advantage of renting is that it also allows you to live without that particular debt, as most people acquire property on debt. You may think that you are only paying rent, but you are also buying something else: time. Time to think through exactly what you want for the long-term in terms of owning a house, time to save and time to shop around for a house and location that will be worth your while and not end up costing more than you had anticipated for it. It also allows you to move when necessary, something to consider if you want to cast your net wider in terms of finances. While renting, you also don’t have to worry about costs like security. Those are the landlord’s problem. 2. Real estate will always appreciate Most of the time, investing in real estate is a good idea but buying into the myth that it will always appreciate will leave you disappointed. A little investigation into the state of real estate in several markets both here in Kenya and abroad will show you that this is not true. Just last year, 2019, Kenyan real estate investors experienced losses as values in the property market fell by more than six per cent.

“The price of the prime residential property fell by 1.8 per cent in the first half of this year, increasing the annualised decline to 6.7 per cent in the year to June,” said property consultancy firm Knight Frank, in its market report last year. The growth rate is now at a five-year low, with some developers having dropped prices by as much as 30 percent. Experts have been warning of an impending collapse of the property market in Kenya for a while, so it would be wise to do a lot of homework before you invest your hard-earned money in it.  3. Owning a car while you rent is stupid We have all heard the running joke of the man who owns a Prado but parks it outside a rented home. Is he a fool not to have a mortgage while he can seemingly afford it? What this mythical belief fails to acknowledge is opportunity cost, which is the cost of a missed opportunity. Being stuck in a matatu that cannot leave before it is full, and that also has to use specific routes may cost you time. And time is a crucial resource. The few coins you save using the matatu may end up being a drop in the ocean in comparison to what you could have gained during the time you lost, which can really accumulate over a month.

Not to mention the car itself can be used as an extra source of income if you can use it to ferry people to work or even put it to work via ride-hailing apps like Uber during the hours when it is idle. It may also come in handy during emergencies and may make more financial sense if you have a family.  4.  Always pay more for quality Usually, quality costs more, but not always. Sometimes you are really just paying more for the brand name rather than for the quality of the item. A good example is with medicine. Most generic drugs have the exact same formula as the original and therefore work the exact same way, yet sometimes the original drug will cost a lot more. This approach can also help you if you decide to invest in stocks. Some stocks are traded for less than they are really worth because the market underestimates them but will net you more in the long run when they begin trading at their true worth. This approach is known as value investing, and is what has made Warren Buffet a billionaire.

SEE ALSO: No decade like the 20s to start your business

5. You have to have enough money to invest The internet has been a game-changer when it comes to investing, but some people are yet to wake up to its potential. For instance, in Kenya, you can buy government bonds, M-Akiba, via your phone and start investing with as low as Sh3,000. Bonds are a low risk investment whose returns are guaranteed, at an interest rate of 10 per cent per annum which are paid out after every six months. Most people usually use M-Shwari for loans only but you can also open a lock savings account on the app and earn interest of about six percent per annum on your savings. Start with what you have. 6. Pay off multiple debts at once to cut down on interest

SEE ALSO: Investment mistakes that will cost you in volatile times

You’re so eager to be out of debt that you want to clear all of them all at the same time. Although your determination is admirable, this strategy might not work. Paying out small amounts to different sources of debt will wear you out pretty fast. It won’t seem to make much of a difference in reducing your debts- which will also reduce your motivation to pay them off. Solution: Try the snowball method of paying off debt. This is where you start by addressing the smallest debts (maybe from family and friends) first. While you can make minimum payments on bigger debts, you should aim to pay off as much of the smallest debts as you can. Paying off your smallest debts faster will help you gain momentum and motivate you to keep going till all debt is paid. Additionally, the amount of money you have available to pay debt will increase once the smaller debts are paid off. Think of it like a snowball rolling down a hill, getting bigger and bigger as it goes. You start with small actions, and over time, they make a huge difference.

Everything you need to know about pension

Retirement 101: Everything you need to know about pension

How to create a good relationship with your money

How to create a good relationship with your money