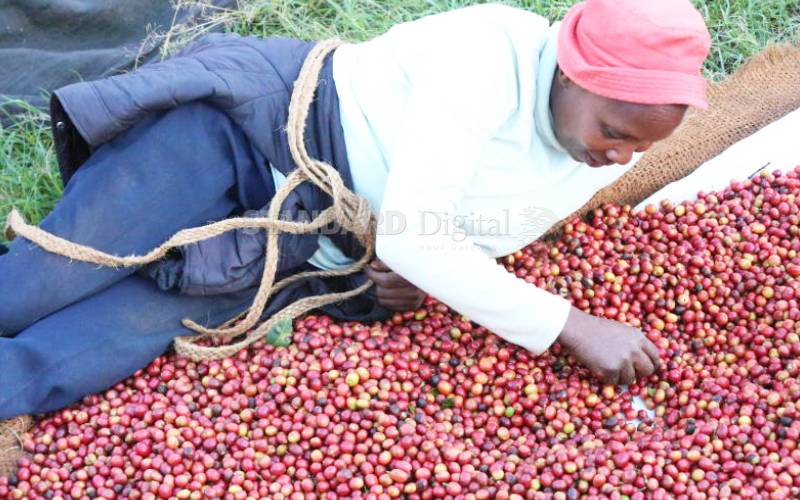 Coffee farmers in Central region have questioned the national government’s move to disburse the Sh3 billion cherry revolving fund through the troubled Kenya Planters’ Co-operative Union (KPCU). Although some support the idea, others are asking whether the revived State corporation has the capacity to advance cheap credit to small-scale farmers, mill and market the produce. The government plans to lend cash to coffee farmers and has allocated Sh3 billion to revitalise the sector that was once a leading foreign exchange earner, but is now in decline.

The money will be advanced to farmers at between 20 and 40 per cent of their total harvest and will be paid upon delivery of the produce. Maina Mureithi, the chairman of 1,200-member Irian Farmers Co-operative Society in Mathira, Nyeri County, said the move is a good starting point for the revival of the sub-sector. He said farmers were optimistic that new structures would be put in place to ensure accountability and transparency and avoid a repeat of events that sent KPCU into liquidation. The parastatal was placed under receivership in 2009 over a Sh700 million debt and its operations taken over by consultancy firm, Deloitte, on behalf of the debenture holder Kenya Commercial Bank. Its assets were almost auctioned a year later, but the government intervened.

Maina said the receivership comes in the wake of a high-stakes race for control of the lucrative coffee dealership segment where government was moving to open the gates to more private players in the industry. “Farmers already have eight marketing agents and 63 dealers for their produce but many have complained that cartel-like behaviour among these players has ensured farmers don’t enjoy better coffee prices,” he said. But Gikanda Society chairman John Ngure is opposed to the money being channelled through the revived KPCU, arguing it was likely to entrench monopoly and kill competition. “Engaging the firm in milling and marketing of coffee is likely to kill competition and edge out other players,” he said.  Ngure said the government should have used a system like that of Stabex International (crop stabilisation fund), where farmers access credit through their cooperatives.

But speaking to The Standard yesterday, KPCU chairman Henry Kinyua said he was keen on accountability and transparency in the disbursement and management of the fund.  ”The board intends to use technology to enhance efficiency and traceability of coffee business and protect the interest of farmers,” Kinyua said. The new board of directors appointed to run the corporation for one year, Kinyua said, was working on new structures to govern the firm. “It was inaugurated on January 7 and is currently putting in place structures and systems to run the organisation,” he said. Kinyua said the 10-member board (members drawn from different coffee zones) would administer cherry advance as per the Public Finance Management (Coffee Cherry Revolving Fund Regulations).