Business News
Managing Director Bhire Chatthe on Monday announced that they were already in a discussion into a possibility of moving out. 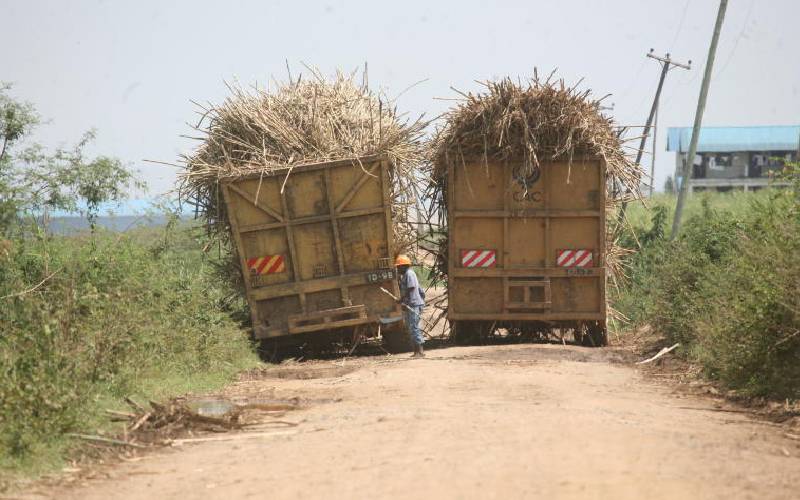 At least 500 jobs are at stake after Kibos Sugar and Allied Industries said it was considering shutting down its refinery section due to a hostile business environment. The miller situated in Kisumu claims the decision was necessitated by poor performance due to hiccups created by the government systems. Managing Director Bhire Chatthe on Monday announced that they were already in a discussion into a possibility of moving out.

SEE ALSO: Sh10m cane to rot away as miller shut

"The investment has not taken off for the last four years and that is not good for business," said Chatthe.  KIsumu Governor, Prof Peter Anyang' Nyong’o visited the factory on Monday in a bid to persuade the management not to move out.  Nyong'o said the factory, which has a distillery, paper plant, gas plant and a sugar miller was the biggest investment in the entire lake region, and must not be allowed to go down in drains. "We cannot be talking about creating economic zones when factories are moving out," he said. The factory has been holed up in a number of court cases, threatening its operations.

Early this year, a high court in Kisumu halted operations at the factory in an injunction following a court case by residents who claimed it was discharging harmful wastes into the environment.  The case is yet to be determined, but the company successfully secured another injunction to allow its operations pending determination of the case.

Job loss fears as Kisumu factory shut down by Nema