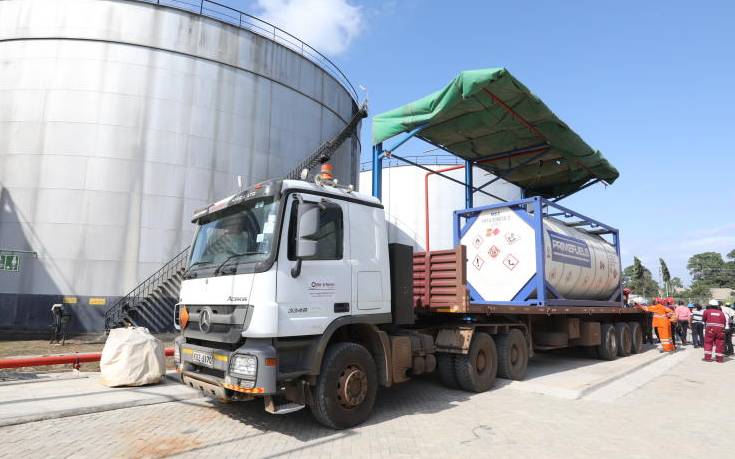 Tullow Oil has kicked off meetings in West Pokot County to end stalemate concerning the use of Turkwel dam water for oil extraction in Lokichar, Turkana County. Pokot leaders had complained over the use of water from Turkwel dam during the extraction of oil from Turkana wells without consulting local leaders and residents. The management of the oil company has begun meeting different stakeholders in the county to seek community consent and conduct public participation.

In a meeting held at Lutheran biblical college in Kapenguria, West Pokot county commissioner Apollo Okello said the meeting was to engage stakeholders on proposed extraction of water from Turkwel dam to oil wells in Turkana. Apollo noted that surveys conducted by Tullow Oil Company showed that the Turkwel dam has sufficient water to support the oil extraction. “The members of public will also be engaged so that we move with the people and they will also benefit from the project,” He said. He urged political leaders to end the war of words and stop politicising the project. “Some people are saying the water has been sold. There is nothing like that and no agreement reached. We are at the initial stages and will engage the public and ask them how they want to benefit from the project. This will also uplift their living standards,” Okello said.

He said a series of meetings will be done which will include political leaders, professionals and residents.