Man pays for Benz with mountain of Sh1,000 notes as Oct 1 deadline looms 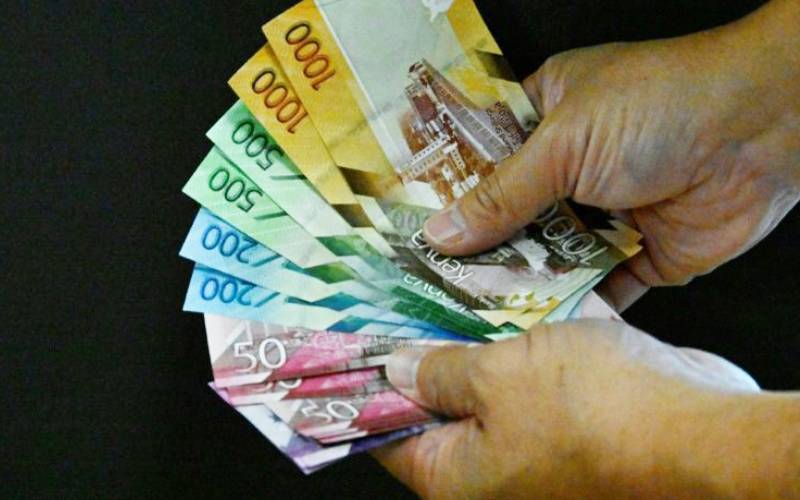 Last week a man walked into a Nairobi car yard and paid for a luxury Mercedes with a mountain of 1,000 shilling ($10/9 euros) banknotes, desperate to offload cash that within days would be worthless.

With a deadline looming before the Central Bank of Kenya bans all old edition 1,000 shilling notes, big fish with their fortunes stashed in cash are under pressure to find ways to jettison their money.

A new print of the 1,000 shilling banknote, the largest denomination, was rolled out in June, with Kenyans given to September 30 to exchange their old bills at the bank or be stuck with bundles of useless cash.

The operation is aimed at flushing out dirty money being hoarded by tax evaders, crooked businessmen and criminal groups.

Large deposits of the old notes, embossed with the image of Kenya's founding father Jomo Kenyatta, raise alarm bells at banks and require paperwork to prove their origin.

The central bank in June said there were roughly 218 million 1,000 shilling notes in circulation, but declined to say what proportion was being stashed as black money.

"Four months is a short period of time when you want to launder big sums of money," he said.

"People who have that money will definitely try to save what they can".

So people are getting creative, devising schemes to quickly unload small amounts of their cash while avoiding detection by the authorities.

John, a car dealer in Nairobi, recalled his customer last week counting out thousands upon thousands of banknotes to purchase a luxury car worth $74,000 (67,000 euros).

"People want to get rid of their old notes, but they know very well that questions will be asked if they go put the money themselves in the bank," said John, who declined to offer his real name due to the nature of his business.

"When I go to the bank to deposit money from a car sale, people ask for the papers from the sale, sometimes even copies of emails, but it never goes further."

Other businesses are finding a lucrative side trade in washing 1,000 shilling notes through their tills -- for a bit in return.

"I was approached by a friend through another friend and we struck a deal. I get around 500,000 shillings every day to bank together with my daily sales," said a liquor shop owner who declined to be named in Hurlingham, a district near downtown Nairobi.

"In return I get between five and 10 per cent, depending on the amount."

The amounts being deposited are below one million shillings, the threshold at which banks required detailed paperwork under a new transparency policy imposed by the central bank in June 2018.

One canny businessman in western Kenya dished out his cash in the form of small, interest-free loans of around 50,000 shillings.

The amounts are low, so those exchanging the old bills avoid detection, and upon returning the debt his money is cleaned into new bills.

"Nothing is written down, it is a gentleman's agreement," he said, declining to be named.

But it's not all underhanded and hush-hush.

One bar in the coastal city of Mombasa is offering to swap banknotes on behalf of drinkers, encouraging punters to spend big at their "Old Notes Send Off Party" being held the eve of demonetisation.

By Grace Maina 17 hours ago
Shipping & Logistics
How to overcome shipping challenges
.