Money: How the law of supply and demand has made us all broke 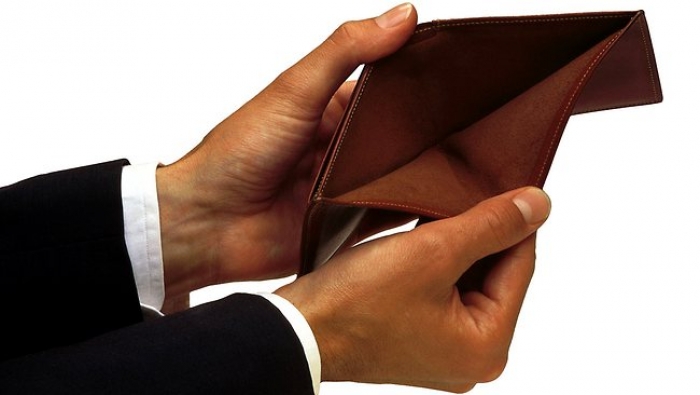 Back in 2007, having just ventured into business in Kenya after a long stay abroad, one of the challenges I faced was to access enough capital to grow my small petroleum business.

For those who understand the nature of trading in fuel, one needs large sums of liquid cash to operate optimally. Fortunately, around the time I started trading, the money market in Kenya was undergoing a transformative process never witnessed in Kenya.

The local banks were literally hawking cash to small businesses like petty vendors do on the streets of Nairobi. In the banking sector, a trade war started between the banks. Interest rates dropped to as low as 6 per cent for those who wanted to own their own homes through bank mortgage. Bank managers were just a phone call away. For me, within a year business turnaround was good.

A flash back to mid-1990’s: the cost of borrowing was very high. Interest rates were at an all time high peaking at 38.9 per cent in 1993. And there was a reason for this high rates. In 1991, under President Daniel Moi, interest rates were liberalised and a laissez faire economic environment was created.

Moreover, the government borrowed heavily from the local market by floating Treasury Bills that attracted more than 30 per cent in interest with sovereign guarantees. Why would a government bother with a common man in such an environment?

Indeed, banks interested in giving loans to the government rather than to small-scale business which were then considered high risk.

During Mwai Kibaki’s presidency, the government significantly reduced borrowing money from commercial banks. The Kenya Revenue Authority had raised the amounts of collectable revenue from around Sh200 billion annually to more than Sh900 billion.

The appetite by the government to borrow money from local market was low. With so much liquidity at their disposal, commercial banks had no other option than to offset the large sums of cash on their balances.

This, I suspect was also the intention of President Kibaki to promote local businesses and encourage competition between banks. This reduced the interest rates and made it possible for small business to access loans.

Currently, Kenya seems to be headed back to the 1990s. The government is borrowing heavily from the commercial banks crowding out local businesses particularly after interest rates were capped. Banks no longer lend money to high risk customers. Banks started lending to government once again because of the increased demand by the National Treasury to fund Jubilee’s infrastructural projects.

Consequently, small businesses have to compete with government for the little funds. The large sums of money the banks were holding have all gone back to the government which again is a safe borrower. Borrowing will continue into the foreseeable future.

This clearly fits within the law of scarcity where a high demand leads to high prices. In the end, this limits the access of those who have no capacity to absorb the high price. Money is in limited supply. You will hear people say money has taken a flight. That is true. There is no money in circulation because government is taking up any free money at a fee of course.

Governments all over the world use austerity measures to balance their budgets.

In our case, there is a stringent debt management plan in place. It might cause some pain for the citizens in the short term, in the long term it will free up the money being used now to repay debts owed by the government.

In introducing austerity measures, the government, however, must avoid the pitfalls of cutting back on vital expenditure like medicine and putting money in critical infrastructure or raising taxes. Measures which end up hurting citizens. The recent increase of taxes on fuel particularly kerosene has caused so much distress yet it is reports that consumption dropped by 25 per cent that raises a lot of curiosity.

I am one of those who think that were we to limit the funds misappropriated through wastage and corruption, there would be no need to borrow. I believe that the revenue generated here is more than enough to fund development projects. But then this where we are.

What we need is a more rational policy that will in the end help minimise borrowing and free up the banks to give credit to businesses so that they can flourish.

Experiences: Youths narrate how they were conned by fake job adverts

By Suleiman Shahbal | 4 days ago

By Jenny Coetzee and Angelica Ouya | 7 days ago