Could this mark the end of interest rate capping? 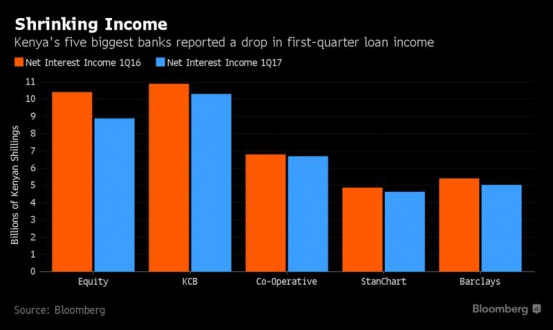 It appears that interest rate cap is likely to be removed, a move being supported by the Central Bank of Kenya (CBK) because of its negative impact on the economy.

CBK is citing a study that supports amending or repealing the law capping bank lending rates. However, given that this law is only a year old, it is unlikely that sufficient data exists to support a credible study about its impact on the economy.

In the past year, there have been many activities in our economy that makes it difficult zeroing in on the impact of this law.

The repeal or amendment, it is argued, is a response to commercial banks’ reluctance to extend credit to high-risk borrowers that include consumers, small and micro business enterprises.

The preceding annual reports of a number of banks showed a decline in earnings and dividends to owners of the banks thus it is possible that the other real reasons for removing the interest rate cap could be the decline in the earnings of commercial banks.

It is the capitalists in parliament who decided to cap interest rate; the same capitalists own banks, and now it appears they have realised that the political gain associated with capping the interest rate is less than the loss in their wealth.

The owners of capital in parliament forgot that by capping the rate, they were exposing themselves to losses. When parliament legislated on interest rate, MPs thought it could reconcile the interest of lenders and borrowers through legislation.

Parliament forgot that reconciliation could only be done through market forces, specifically the demand and supply for money.

The worst effect of capping interest rate is when borrowers resort to borrow from loan sharks and unaccredited lenders at exorbitant rates.

That meant that doing business became unaffordable for a section of citizens. However, nobody should fault the government for protecting borrowers from greedy lender; more so in an environment where market forces appear not to be influencing interest rates. Interest rate should be market driven, yet CBK seems to be saying banks will be handed a free hand in pricing the cost of loans.

Creating an environment where risk demand and supply drive interest rate is a realistic model. Solving the interest rate problems requires additional approaches. CBK as an advisor to the government must advise the State to go slow on its borrowing.

As long as demand for money is high, the interest rate will remain high. As long as the Treasury bill rate is high other interest rates will be higher.

Remember that investors will always lend to government whenever the rate being paid by the government is higher than that paid by businesses.

The cost of doing business is too high due to corruption. For example, if a projects input cost Sh100 million, but you have to pay a bribe of Sh10 million to get the contract, you end up borrowing Sh110 million and not the required Sh100 million.

The interest you pay will be on Sh110 million, yet Sh10 million inside the Sh110 million is not invested in the project. This kind of arrangement can result into borrower failing to service their loans.

Banks must look at their operating costs to improve on their earnings and survival. Closing branches might not be the solution. Control of cartels is the solution.

Additionally, banks must avoid price wars that force some of them to price their products below the product cost. Banks should make their money from two ends, the revenue and cost ends. Crime and fraud risk are real risk that banks must manage.

Saunders remark became handy: “The increased replacement of cheque and cash by wire transfer as methods of payment or exchange has resulted into an increase in the efficiency of the execution of transactions, but it has also resulted in new problems regarding theft, data snooping and white-collar crime.

Because huge sums of money are transferred across the wire networks each day, and some bank employees have specialised knowledge of personal identification numbers (PINS) and other entry codes, the incentive for white-collar crime appears to have increased.”

Finally, removing the cap on interest rate should not inconvenience existing borrowers. CBK must ensure that those who borrowed money when the interest rate was capped are protected - otherwise many of them will be pushed out of business.

The writer teaches at the University of Nairobi

Standard Group, matatu owners in deal to give passengers access to newspapers
Business
By Esther Dianah
2 hours ago
Some of the family businesses that have collapsed in Kenya
Money & Market
By Standard Checkpoint
2 hours ago
Musk Twitter turnaround reflects legal challenges
Business
By AP
3 hours ago
Is Joshua Oigara the next Stanbic Bank Kenya CEO?
Business
By George Maringa
4 hours ago
Why Lawrence Kiverenge ditched chalk for pots and pans
Business
By Brian Kisanji
9 hours ago
.