Deaflympics: Wamira seeking to lower her 200m mark in Brazil

By Ochieng Oyugi | 5mos ago

The 26-year-old has been training at Kasarani in Nairobi ahead of the games slated for Brazil city of Caxias Do Sul on May 1-15.

Wamira, who co-captains Team Kenya with steeplechase defending champion and record holder Lucas Wandia, recalls how she breezed to the tape to clock 24.46 to set the record in 2013 in Sofia, Bulgaria.

“It was my first time in Deaflympics. I just lined up, took a  dash and won the race. After that I saw people praising me and was later told I had not only won, but had made a huge mark in the competition,” she told Standard Sports.

She says she is out to lower that record in Brazil, and her target is a sub 23.

Before the camp at Kasarani, Wamira was training in Komarock where she stays and at the Nyayo National Stadium from last December.

“I did a lot of field work and speed; I ran on the hills, had morning jogs on the road, did a lot of sprinting to strengthen my muscles,” she said.

On Mondays, Atieno does intense hill work coupled with elaborate gym sessions. On Tuesdays she is on  speed workouts.

She combines hill climbs and track runs on Wednesdays and Thursdays.

On Fridays she does her training mainly on with spikes to the track while weekends are her rest days.

She trained alongside her sister Rael and brother David, who both have hearing challenges.

“Running as a family always motivates me as my family has played a huge role in the medals that I have won,” she said.

Even though the former waitress will take part in the women’s 100m and the relays in Brazil, it is the women’s 200m that’s closer to her heart. 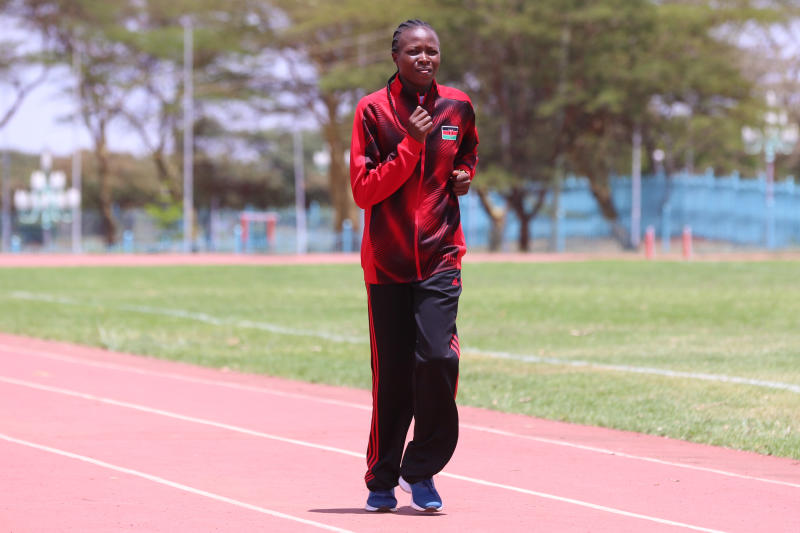