By The Conversation | 3mos ago

Rabies–a viral disease spread through an animal bite– has had an effective vaccine for more than a century. Yet people continue to die from it.

Rabies kills nearly every known person that shows clinical signs of it, making it arguably one of the world’s deadliest infectious diseases.

Africa accounts for 36.4 per cent of the 59,000 rabies deaths in humans annually.

In Kenya, rabies is endemic and has been estimated to cause 2,000 deaths annually.

The country is implementing a strategy to end human deaths from rabies by 2030, starting with select pilot counties and progressively extending to the rest of the country.

But, as in many other developing countries, progress is slow. The obstacles include low levels of political commitment, partly owing to the absence of data on the true public health impact of the disease. In the past few years, many countries have strengthened rabies control efforts by scaling mass dog vaccination programmes.

They have also provided pre-exposure and post-exposure vaccines and educated communities about rabies. Most industrialised countries have eliminated rabies from domestic dog populations.

Apart from these interventions, an important aspect of ending deaths from rabies is ensuring that healthcare workers are aware of the disease and knowledgeable about what to do.

In our recent study, we set out to determine levels of awareness about rabies and its management among healthcare workers in southeastern Kenya, a region with a high number of rabies cases.

We found that many were ill-prepared to diagnose the disease in all its forms.

Fewer than a quarter knew about the World Health Organization (WHO) categorisation of bite wounds. Few were conversant with international guidelines on the use of post-exposure vaccines.

We also noticed stockouts of effective vaccines and immunoglobulin.

Our study highlights opportunities to tailor healthcare training programmes – preservice and then continuous – for rabies elimination. The emphasis should be on prevention and control.

Man’s best friend, the domestic dog, is the primary source of human cases of rabies. Following a risky bite, two critical steps need to be taken in quick succession to prevent disease and death.

First, the wound needs to be washed thoroughly with clean running water and soap for at least 15 minutes. This should be followed by an injection of rabies vaccine on the day of the bite.

Multiple injections over the course of one month must follow. In the case of a severe bite, the patient would need immunoglobulin as well as the vaccine.

The reduction of risk of exposure to rabies depends on the type of treatment received at a health facility.

A person bitten by a dog carrying rabies is more likely to develop the disease if the wound isn’t cared for properly and if they don’t receive the rabies vaccine (and immunoglobulin for severe exposure).

This can be due to a lack of awareness of bite management by healthcare workers, unavailability of rabies vaccines and immunoglobulin, or availability of poor quality vaccines.

Many healthcare workers didn’t know that encephalitis – inflammation of the brain – is a differential diagnosis for rabies. They, therefore, didn’t suspect rabies in patients with encephalitis.

Less than a quarter of the healthcare workers were aware of the WHO categorisation of bite wounds that guides the use of post-exposure prophylaxis. One in 12 reported they knew the indication of rabies immunoglobulin.

In addition, healthcare workers were not fully informed about the latest WHO recommendations on the appropriate treatment of patients presenting with dog bites.

A good example is the route of administration of the vaccine. WHO has recommended injection within the layers of the skin rather than injecting the vaccine into muscles.

By adopting this dose-saving route, the healthcare system could serve up to five times more bite patients for the same vaccine amount that treats one patient.

Thorough wound washing is also key. But only a third of the healthcare workers we spoke to said that they would do so for a category two bite – where the animal nibbles on uncovered skin or the patient presents with minor bite(s) or scratch(es) without bleeding.

For category three bites, in which for example the animal licks broken skin or the patient presents with single or multiple bites, 43 per cent of the respondents reported they would clean the wound.

The stocking of vaccines was another major issue. In our study, rabies vaccines were available in only 12 per cent of the health facilities we visited with stock-out periods reported of up to 28 weeks.

We found that none of the health facilities had rabies immunoglobulin in stock at the time of the study.

Rabies control and elimination require a concerted effort by the government, private sector and the community.

By making the rabies vaccine available for both humans and animals, and creating awareness among healthcare workers and the community, Kenya can achieve the goal of ending deaths from human rabies by 2030.

But deliberate efforts need to be made. The most important is that healthcare workers need to be fully informed about the latest best practice. Integrating mass dog vaccination, provision of rabies vaccines for humans, adopting the latest WHO recommendations, and risk assessment are important.

Nobody should be dying of rabies. Not when there is a 100-year-old effective vaccine. 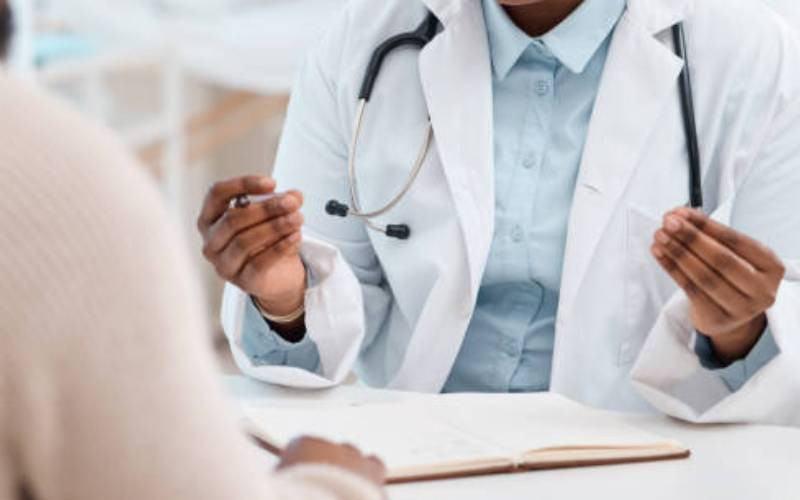