Eastern
The woman was attacked at Kawiru village in Igembe Central. 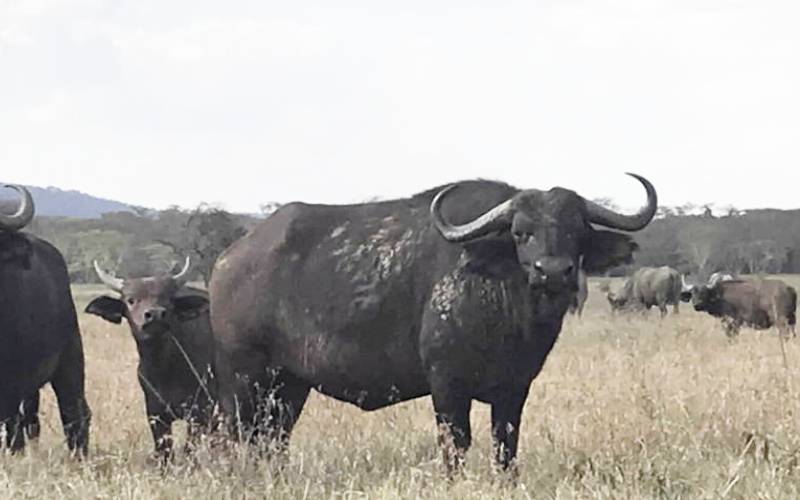 A 40-year-old woman is nursing serious injuries at Nyambene Level Four Hospital after being gored by a buffalo last week. The woman was attacked at Kawiru village in Igembe Central. According to the hospital's medical officer, Michael Kariuki, the woman reported that she was working on her farm when the buffalo emerged from the nearby Meru National Park and charged at her, pinning her on the ground. “It was a near-death experience for her, because her injuries were very serious. We took her to the theatre and she is recovering well,” said Dr Kariuki. This latest incident comes as residents living next to the park expressed concern with rising cases of human-wildlife conflict in the area that have left many injured and crops destroyed. According to the medical officer, Nyambene Level Four Hospital receives an average of three victims of wild animal attacks per month. “Attacks by wild animals are becoming very common. Recently, a woman was trampled to death by an elephant at Kinna,” he said. At Thangatha in the vicinity of the park’s Ura Gate, villagers are counting losses after a herd of elephants strayed into their farms, leaving their crops in ruins. Some homesteads in the agricultural-rich area are now staring at food shortages. “We were hopeful that we were going to have a good harvest but are disappointed because we have lost acres of crops to the elephants. Kenya Wildlife Service officers visited to access the damages and promised farmers that they will be compensated, but we have not received any payments,” said Thangatha ward rep Gervase Kingóri.