Journalist wanted by Hague court fails to block his extradition 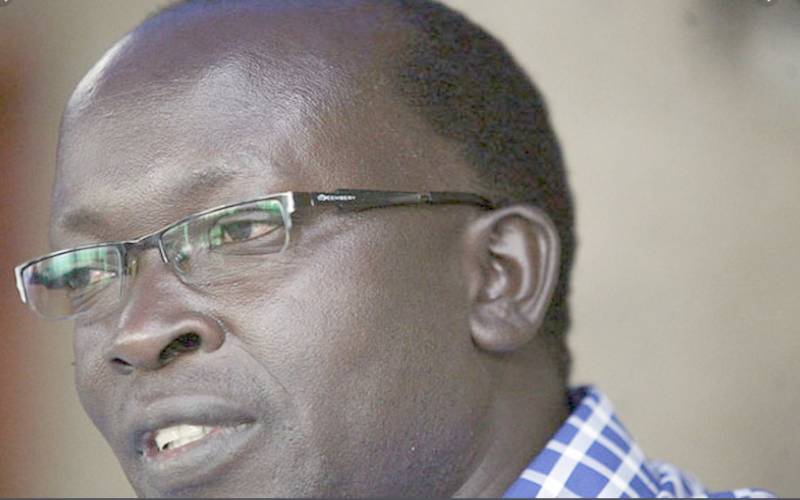 Journalist Walter Barasa (pictured) has lost an appeal seeking to block his extradition to the International Criminal Court (ICC) in Netherlands. Mr Barasa, who is wanted by the Hague-based court for alleged witness tampering, had asked the Court of Appeal to allow him to be tried in Kenya. He is alleged to have influenced witnesses to withdraw their testimonies on what happened during the 2007-2008 post-election violence. Justices William Ouko, Wanjiru Karanja and Sankale ole Kantai found that the journalist had a similar case which had earlier been determined by the same court.

His fate will now be determined by the Supreme Court in a fight on who between the Director of Public Prosecutions and Attorney General should hand him over to The Hague-based court. “Bearing all that we have said in mind, it is our considered view that this appeal was premature at the time it was filed and is now overtaken by the conclusion of Petition No. 488 of 2013. The focus ought to have been on that appeal where the real determinations were reached as outlined above. The appeal lacks substance and is dismissed without costs,” the judges ruled in a verdict read by Justice Ouko. The dismissed appeal came from High Court directions that a formal notification to extradite him ought to be filed and heard alongside the petition he’d filed. Barasa through his lawyer, Kibe Mungai said the Constitution allows him to stand trial in his own country and not any other. It emerged that Kenya has no existing extradition regulations, which dictate on what and who should be responsible for implementing the request by international bodies.

The ICC issued sealed arrest warrants against the journalist, lawyer Paul Gacheru and Phillip Bett on October 2, 2013, after claims of interference with witnesses. “If he can be tried in Kenya, why is the State cooperating with ICC for him to be tried there? We submit that it is mandatory in the Constitution that he be tried in Kenya,” argued Mr Mungai. He also argued that the extradition process and the orders by the court were unfair to him as they were issued without his participation or representation. “The summons and warrants of arrest were not served to the appellant. There is nowhere in a criminal trial that an accused can be prosecuted without his presence,” his lawyer added. Barasa’s argument Kenya’s obligation to the Rome Statute does not surpass the Constitution was supported by activist Okiya Omtatah.

“The High Court of Kenya is not an errand boy to the ICC that it does what that court wants. MPs could not make regulations that override his right to be tried in a Kenyan court. ICC is not in the Kenyan Constitution,” argued Mr Omtatah. Omtatah pointed out that a country’s sovereignty is critical in the case as handing the journalist over to ICC would amount to giving powers to foreigners. This was the second time Barasa was appearing before the Appeals court. In the first instance, in 2017, he lost after his lawyer failed to appear during a hearing. His lawyer annoyed Justices Phillip Waki, Kathurima M’inoti and Patrick Kiage by sending a junior lawyer from his law firm to seek an adjournment. Mungai was at the High Court, before Justice Luka Kimaru, ready to argue Mr Gacheru’s case. It emerged that the court had also ordered Mungai to correct one of the appeal records and at the same time have it served to Attorney General, DPP and lawyer Wilfred Nderitu (2007-2008 polls violence victims lawyer), but he never complied.

The AG, the DPP and Nderitu opposed the argument by Barasa saying that there was no evidence to show that ICC would be unjust to him.  “A country cannot make internal regulations to curtail its international obligations,” the AG argued.