Cane farmers on Monday took to the streets to protest at the closure of a local sugar factory.

Farmers said they were incurring losses as the Kwale International Sugar Company (Kiscol) was not receiving cane.

They said they did not understand why a multi-agency task force closed the only sugar miller at the Coast. The more than 600 farmers said they had nowhere to take their mature sugarcane.

It was the third time in two weeks that the farmers were protesting. They said they wanted to know why the miller was closed.

The factory was reportedly shut down on May 20 after a raid by members of the task force that included officials from the Kenya Revenue Authority (KRA) and Kenya Bureau of Standards (Kebs).

The officials were said to have closed the factory’s stores and warehouses.

KRA and Kebs officials declined to discuss the matter and referred The Standard to the head of the task force.

“This is a matter that can only be addressed by the head of the task force who led the inspection of the sugar factory,” said David Yego, KRA’s commissioner in charge of investigations.

Coast DCI boss Joseph Ng’ang’a said samples were taken from the firm’s warehouses and sent to the Kebs laboratories in Nairobi for testing. 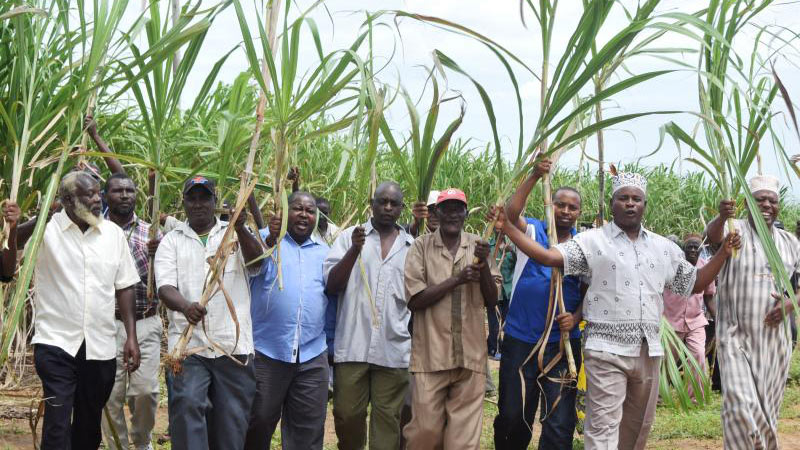 “We did not shut down the factory. We only closed the warehouses after taking samples. We have yet to get the results,” said Mr Ng’ang’a.

The factory’s managers said the closure of the warehouses and stores had hindered all operations as they were unable to get the spare parts and sugar that was to be sold.

“The factory was scheduled for major maintenance ahead of the August harvest. We will not be able to do so because we cannot access the spare parts after our stores were closed. Our warehouses also have 100,000 bags of sugar which were ready for sale,” said Kiscol’s external affairs manager, Mathias Mutua said.

The chairman of the National Assembly’s Agriculture Committee, Adan Ali Sheikh, termed closure of the factory as ‘disastrous’.

“The miller is not an importer. The committee will summon the Government officials behind the closure. Why are they punishing the farmers?” asked Mr Sheikh.

The firm’s management said the officials had sampled three 50-kilogramme bags of brown sugar. They also took away 200 kilogrammes of formaldehyde.

Mr Mutua said the factory’s stores and warehouses were locked and a seal placed on the doors by KRA officials.

The miller is also under a 24-hour police security.

Farmers said cane on over 20,000 acres in Msambweni, Mrima, Kikoneni and Mangwei was ready for harvest.

“We stand to lose because the cane is ready yet the factory has been closed,” said Kwale Sugar Farmers Cooperate chairman Ali Mwite.

Mwite said the closure of the factory had affect efforts to revive sugarcane farming, which had collapsed after Ramisi Sugar Factory stopped operations in 1985.

There were fears that Kiscol could have to lay off over 2,000 workers due to the standoff.