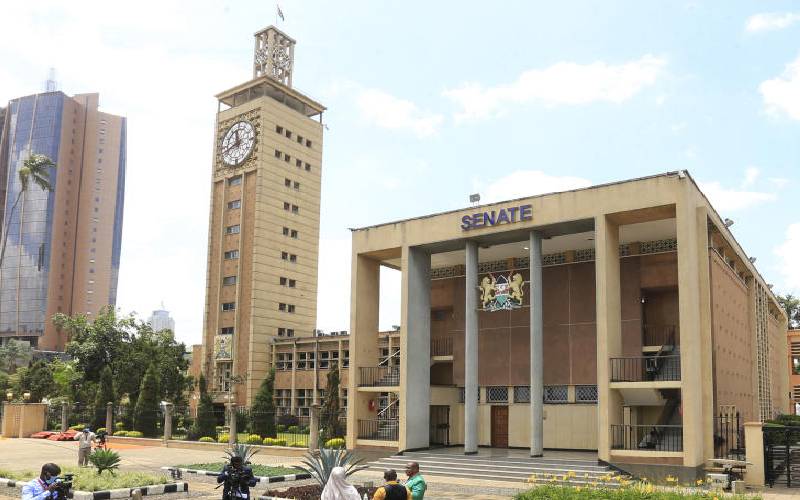 The 12th Parliament will go in the annals as the August House with the highest number of MPs on court charges ranging from murder, attempted murder, corruption, theft, assault, fraud, forgery, hate speech to incitement to violence.

By the last count, at least 20 MPs had active cases across the country surpassing the dozen from the last Parliament and the number is likely to rise come 2022.

The 12th Parliament also witnessed Sirisia MP John Waluke get handed a 67-year jail term, or Sh1 billion in fines this June over the Sh297 million maize scam at the National Cereals and Produce Board.

Waluke and his co-accused Grace Wakhungu are currently out on Sh10 million and Sh20 million cash bail, respectively.

Mathira MP Rigathi Gachagua has a Sh12 billion embezzlement case against him in which the DCI couldn’t trace the disappearance of Sh5 billion moved through his bank accounts.

Malindi MP Aisha Jumwa, on her part, is out on a Sh4 million cash bail in a murder case alongside her bodyguard lover, Geoffrey Otieno. Bother were accused of causing the death of Gumbao Jola during the Ganda Ward by-election in Malindi in 2019. The hearing will start in February 2021.

Then there is Embakasi East MP Babu Owino. He was arraigned in court on this January for the attempted murder of DJ Elvolve (Felix Orinda) after a near-fatal shooting at a Nairobi club.  The MP is also facing an alternative charge of carelessly handling a firearm while drunk. He denied the charges and was released on Sh10 million bond with two sureties of the same amount and in the alternative, cash bail of Sh5 million.

Lawyer Gad Awuonda says the high number of MPs facing criminal charges is indicative of a defective vetting system because the clearing agencies hardly get all the information on the past records of most aspirants.

“But the question we should be asking ourselves is why do we have many people with high affinity to impunity into politics yet leadership and integrity are like Siamese twins in the Constitution? Those serving in public office were supposed to ascribe to Chapter Six and the Values and Principles of Public,” said Awuonda, who was part of the technical team that drafted the 2010 Constitution.

Political communications expert Dr Kioko Ireri agrees that the election of people of questionable character and integrity is the result of a deeply entrenched political culture where voters are swayed by tokenism.

“If we were a responsible, caring society, most of the people in Parliament today will not have been elected. We are influenced by handouts and other forms of tokenism and have no option but to live with the bad choices we make,” he said.

Media consultant Alfred Ochieng, lauds the court cases, saying they are an indication that the 2010 Constitution is working despite MPs conspiring to water down Chapter Six.

“It is an indication of what happens when you have independent institutions such as the Judiciary and the Director of Public Prosecutions. In the old order, the Attorney General wielded immense powers, which he abused to protect the political class from facing justice,” said Ochieng.

“A good example is the private prosecutions James Orengo brought against then Vice President and Finance Minister Prof George Saitoti, now deceased, over the Goldenberg affair and the AG took it over and entered a nolle prosequi (do not prosecute). He used the same powers in many other cases including those facing ministers (the late William) Ntimama and (the late Francis) Lotodo,” he added.

But Dr Ireri is not convinced a lot has changed, rather, institutions are only engaged in cosmetic work since they have been captured by the forces of impunity.

“They can do better. What they are doing is cosmetic at best. Remember they are part of the wider society where the culture of impunity reigns supreme,” he said.