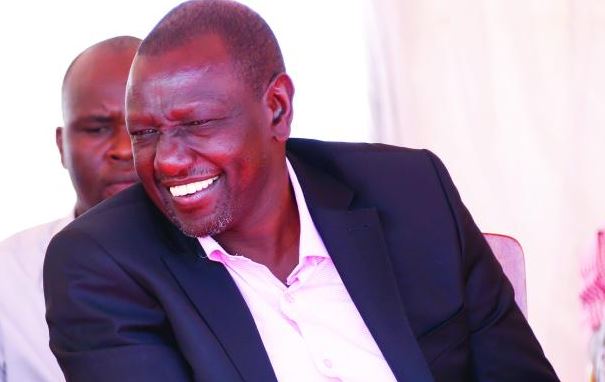 Less than a fortnight after Ndaragwa MP Jeremiah Kioni introduced a referendum Bill in the National Assembly, allies of Deputy President William Ruto (above) have developed a rival version that hands the DP a political lifeline in referendum politics.

The Referendum Bill 2020 (No.2) sponsored by Baringo North MP William Cheptumo provides for a competing draft document that will simultaneously be subjected to a vote in a referendum.

This in effect will subject the Building Bridges Initiative (BBI) backed by President Uhuru Kenyatta and ODM leader, Raila Odinga to competing proposals from other players. Parliament will either merge the two initiatives or let them go the people in one referendum.

“Where, in the case of an amendment to the Constitution by popular initiative, there is a divergent general suggestion, the promoters of that initiative shall formulate it into a separate draft Bill…Where more than one draft Bill is to be submitted to the people in a referendum, each of the draft Bills shall constitute an option with a separate symbol and answer,” the Cheptumo Bill published on May 29 states.

Cheptumo, who is also chair of the Justice and Legal Affairs Committee, is a key Ruto ally and is among those facing the chop from house committees. An initial BBI report handed to the President at Bomas of Kenya last year proposed the creation of position of Prime Minister, attracting criticism from the Ruto camp that it is a plot by the political class to share Executive positions.

The BBI team is currently working on the final document that could propose more radical changes to the structure of the executive. In a referendum, the BBI proposals would be juxtaposed against opposing views, under the Cheptumo bill.

“A question shall be approved by a referendum if at least 20 per cent of the registered voters in each of at least half of the counties vote in the referendum; and the amendment is supported by simple majority of the citizens voting in the referendum,” the bill states.

Ruto had previously indicated that he is opposed to the creation of extra offices at the Executive as it would overburden Kenyans unnecessarily. His allies seemed to have changed tack and supported the BBI proposals.

To tame the winner-takes-all formation, and therefore allow the opposition to actively take part in the running of the country, Ruto proposed an ambitious reconfiguration of the Government to comprise the Executive and the official opposition.

He told the Chatham House that elections in Kenya are close-run contest where the winner and runner-up achieve more than five million votes, but the losers were sadly left with nothing.

“The winner ascends to a formally constituted leadership role while the runner-up becomes a virtual stranger in leadership, the leader of a party garnering the second highest votes had no formal constitutional role despite getting nearly half of the country’s votes,” Ruto told the Chatham House.

He said the Senate should be elevated into an Upper House with Cabinet Secretaries becoming ex-officio MPs where they can attend a session every week to respond to issues raised.

In another interesting proposal, Cheptumo’s Bill suggests that county governments can hold their own referendum on grassroots issues.

The bill states: “A county government may conduct a local referendum on, among other local issues — (a) county laws and petitions; or (b) planning and investment decisions affecting the county for which a petition has been raised and duly signed by at least 25 per cent of the registered voters where the referendum is to take place.”

The Kioni Bill was tabled on June 2, and public hearings will begin on Wednesday next week. Yesterday, he agreed that the rival Bill could be seeking to serve political ends in light of expected BBI proposals.

“I can clearly see what they are trying to do. Probably sensing that BBI proposal could be contentious, they want to create a path for alternative proposals. However, constitutional change is not like kukaranga njugu (frying groundnuts). I find it fairly confusing. I don’t know how it will work,” said Kioni.

The MP also cited bad faith in the introduction of the new Bill just days after his was tabled.

“The fact that they have introduced the Bill after mine is an indication of bad faith. It also indicates the untidiness that needs to be sorted out in Parliament. It is not the first time we are having a similar case,” Kioni, who chairs the Constitutional Implementation Oversight Committee (CIOC), said.

“It is my Bill that will be given priority. They can only introduce amendments on the floor of the house,” he said.

On the proposal to have county referenda, Kioni said the Constitution does not have such a provision.

“There is no provision in the constitution for county government to conduct a referendum…” he said.

But Cheptumo claimed that there were people who want to have the Constitution changed for selfish reasons and such moves will boomerang on them. He said the concept of allowing more than one draft to go to the vote was meant to allow Kenyans to have a variety where necessary and push for acceptance of referendum as a way of deciding issues that are contentious in the country.

“If it is seen as an attempt to have a way of opening the road to those who do not agree with the ultimate BBI report so be it, but the objective of the Bill is there for everyone to see and should not be reduced to sectarian politics,” he said.

According to Cheptumo, if you make a law to fix others, you might find yourself fixed by the same law as things change.

“In the last lawmaking process, I proposed that runners up in the presidential election be nominated to Senate and their running mate to the National Assembly. Some opposed it and looked down on my proposals,” he said.

He added: “In Europe, people go to the referendum every time they feel like they have an idea that should be decided by its nationals. We need to also borrow the idea and stop making referendum just a matter of life and death on politics only.”

On counties referenda, the MP said there was also a need to have the devolved units take a vote on weighty issues affecting locals. Before BBI rallies were halted by the coronavirus pandemic, Opposition leader Raila Odinga had hinted that there would be a referendum in June after the task force had completed its findings and written a report.

The Kioni Bill provides a 14-day time frame within which county assemblies must forward their decisions on a popular initiative draft Bill to Parliament. The Bill also specifies a simple majority as the threshold for passage of the Bill in the county assemblies.

The Cheptumo Bill makes it mandatory to publish the names and signatures of supporters of a draft bill. It also says that a Bill will be deemed to have failed if a county assembly fails to communicate its decision to the speakers of both houses of Parliament within three months.

While the Kioni Bill does not delve into amendment of the Constitution through a parliamentary initiative, that of Cheptumo anticipates a scenario where opposing draft Bills can be submitted to Parliament for consideration.

Nyali MP claims CS violated constitution by failing to undertake public participation in giving orders to use the SGR to transport cargo.

By Special Correspondent | 16 days ago

By Allan Mungai and Boniface Mithika | 24 days ago