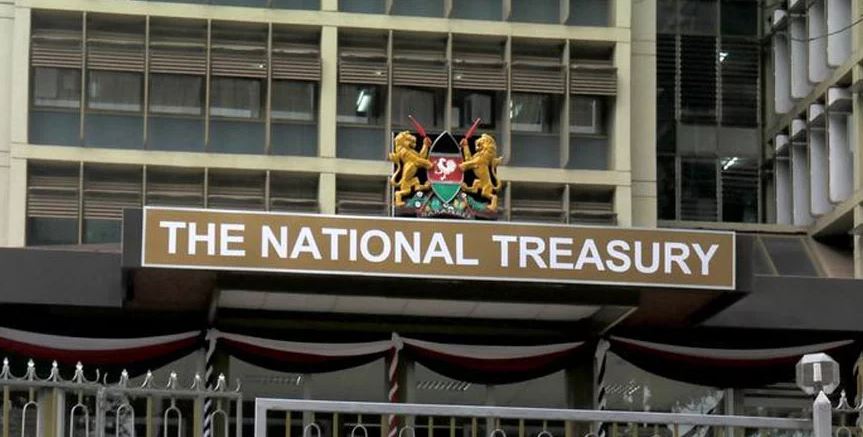 When Kenya raised Sh275 billion from American and European investors in 2014, the word ‘Eurobond’ dramatically joined the disparaging lingos associated with the country’s infamous scandals such as ‘Goldenberg’ and ‘Anglo-Leasing.’

Suddenly, Eurobond - which means a dollar-denominated sovereign bond - became the name of a scandal.

The National Treasury insists no money was stolen, a position that was also taken by former Auditor General Edward Ouko.

Unfortunately, Kenya has been hooked on the Eurobond loans in what some pundits have described as ‘Eurobondage’.

But the coronavirus pandemic, which has ravaged the financial markets and pushed the global economy into a recession, has offered a glimmer of hope.

Countries have barricaded themselves to prevent importation of more infections, dealing a heavy blow to global trade.

With tax revenues dwindling following implementation of draconian measures aimed at curbing the spread of the virus, Kenya is ingratiating itself to new debt masters - ones that it hopes to maintain even after the end of the outbreak.

Multinational banks and deep-pocketed pension funds from US, Europe and other rich countries have fallen down the pecking order of preferred external creditors with the African Development Bank, World Bank, International Monetary Fund and other multilateral institutions resuming the pole position that they once had.

It is a situation that President Uhuru Kenyatta’s government seemingly wants to maintain till the end of his presidency in 2022.

“I have spoken to most of our development partners and found a positive response. In the next week or two, billions of shillings will be added to our initiatives to offer direct relief to Kenyans,” said the president in his address to the nation yesterday.

“I thank them for their solidarity and willingness to listen and respond to our proposals.”

Instead, he revved up the share of concessional and programme-based loans from Sh2 billion to Sh246 billion as the country tries to redeem itself from the original sin that saw it hooked on expensive commercial loans.

Kenya expects some funds amounting to Sh122 billion from the World Bank and IMF to help it fight against Covid-19 as well as to cushion those who have been adversely affected by the outbreak.

Treasury also expects to borrow around Sh300 million from the open market in the next financial year.

Foreign investors have been feasting on the country’s meagre revenues at the expense of critical public services such as health, security and education.

Even now when Kenya is fast running out of revenues as economic activities all over the world come to standstill due to the Coronavirus pandemic, Eurobond bondholders expect to be paid.

They are the equivalent of the local landlords who insist to be paid their rent even when their tenants have seen their incomes decline.

Concessional external loans are priced at a fixed rate of 1.75 per cent, with a repayment period of 25 years and up to 10 years grace period.

However, commercial loans - international syndicated loans and  export credit financing - are contracted at a reference rate plus a margin. One such reference rate is the Libor, which is the basic rate of interest used in lending between banks on the London interbank market.

However, the Libor benchmark is being replaced.

Freeing Kenya from the Eurobondage seems to have been Mr Yatani’s brief when Uhuru placed him at the helm of the Exchequer to replace disgraced former finance CS Henry Rotich.

“We want to be more pro-active by making sure that we retire all the commercial loans,” said Yatani in October last year.

Commercial loans, he noted, have an interest of between eight and nine per cent. They also have shorter grace and maturity periods.

He said they would instead embark on cheap, multilateral loans with an interest rate of less than two per cent. Of the six loans Treasury signed between May 1 and August 1 last year, four of them were concessional.

In 2018, an IMF report noted that Kenya’s risk of defaulting on debt repayment had increased from low to moderate as the country ramped up external loans.

Imminent repayment of a huge external debt, including part of the 2015 Eurobond, piled pressure on the country’s revenues.

“The higher level of debt, together with rising reliance on non-concessional borrowing, have raised fiscal vulnerabilities and increased interest payments on public debt to nearly one-fifth of revenue,” said IMF.

Of the Sh105.4 billion that National Treasury paid to external creditors in the first half of the current financial year, 57 per cent went to commercial creditors.

Bilateral lenders led by China took up close to a third while multilateral institutions received 14 per cent.

For the first time, Treasury will not be floating a sovereign bond and might not do so in the next two financial years.

Commercial loans have also presented Kenya with another problem at a time when it is begging for a debt standstill.

Multilateral and bilateral lenders have already shown their willingness to suspend debt service to free up cash for the country to use in the fight against the health and economic effects of the viral disease.

Instead, after a revision of its budget, Yatani was left with more funds to speed up payment of interest for last year’s Sh210 billion Eurobond.

The fact is that after it was reclassified into a low middle income country, Kenya’s financing terms changed. Unlike the least developed countries such as Tanzania and Ethiopia, Kenya’s access to cheap loans has been difficult.

IMF has already approved debt payment relief to 25 poor member countries, excluding Kenya and other ‘rich’ countries that have been borrowing expensively from the open market.

A deal on debt waivers on commercial loans, which include Eurobonds and some Chinese loans that Kenya has in the past snapped up with abandon, is far from being firmed up, an IMF source told The Standard in an earlier interview.

Kenya has been pushing for debt relief to free up cash to boost the country’s health system and cushion vulnerable populations from the adverse effects of the pandemic.

This complicates the country’s financial position to meet its commercial debt obligation, which is set to fall due before June.

Fortunately, Kenya might feature in another programme that is expected to benefit low middle-income countries through a debt standstill by bilateral lenders under the umbrella of the G20, a club of 20 rich countries.

However, discussions on commercial loans are far from being finalised.

“For commercial loans, I can’t say which mechanism is being used. What is clearer is the bilateral borrowing,” said the IMF source.

Kenya is expected to save $675 million (Sh71.5 billion) in case of a suspension of debt payments by official bilateral creditors, according to the World Bank.

The global lender said such a debt moratorium would immediately inject liquidity and enlarge the fiscal space for governments.

Perhaps it is an illusion of the help it has been promised to get from the Bretton Woods Institution, even as the global financial conditions tighten, that is giving Kenya’s government hope.

Before the crisis, Treasury officials were already planning to move away from non-concessional loans, an intention they laid bare in a debt report.

“In particular, it is aimed at accessing more concessional funding to minimise the carrying cost of debt, as well as local currency international bond issuance over the medium term,” said Treasury.

Judges declare that there was no credible evidence to show that the system was meant to spy on consumers private information.