Can’t cope with her endless flirting! 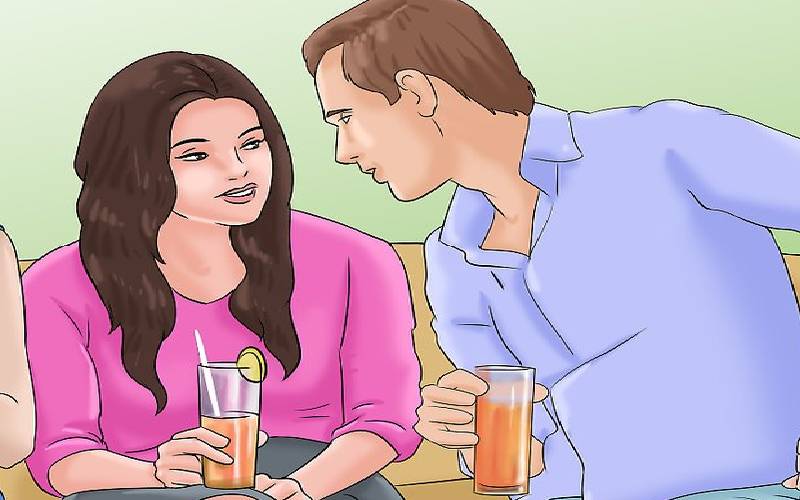 I’ve recently started dating a lovely woman. We’re both in our 40s, and although she’s fun to date, she’s also really hard work! She’s forever rushing around and never gets anywhere on time. She wears too much makeup, and wears clothes that are far too provocative and young for her age, and always seems to want to be the centre of attention. She also flirts like crazy wherever there’s an attractive man within range.

I’d like for us to have a successful relationship, but all this attention-seeking scares me. What do you suggest I do?

As you’ve noticed, it means she’s driven by a need for attention. Endlessly exaggerating her appearance and behaviour to make an impression - like her flirting, makeup and clothes. But underneath she’s as hard as nails. And once she’s got someone’s attention, all she wants is to go off looking for more.

Histrionics are led by their emotions and are more likely to be women than men. They experience their emotions very intensely but rarely understand them. Or other people’s reactions to them. Their world’s full of immediate impressions, and everything’s in the here and now. So they can’t make plans, and are terrible timekeepers, constantly rushing around and late for everything.

They’re like bad actors in a soap opera. And they can really lay on the emotions if things don’t go the way they want. Big childish productions. Everything from cold rage to fainting fits.

They think of everything in terms of black and white, so if your relationship develops further, you’ll always be either a saint or a sinner. If you fall out, she’ll never realise that she might bear some of the responsibility for what’s happening. Instead, everything’s always your fault. And yet none of it is a sham. She really does experience the world like this. So her mood can change from minute to minute, depending on the attention she’s getting. Even though to you it all seems out of proportion.

When you first met, her behaviour probably suggested depth and excitement, intense friendship, passion, and uninhibited sex. But the reality’s different. So don’t let your expectations get too high. Understand her behaviour for what it is. It won’t be long before she starts treating you like dirt. She’ll start making you so jealous and angry you wouldn’t believe it. So stay under control, because she’ll never understand that it’s her behaviour that’s setting you off. And she’ll be hard to change. So if you stick with her, you’re in for a very rough ride…

How often do happy couples have sex?

Just recently, my husband and I have been having some real rows about how much sex we should be having. Is there such a thing as the right amount? And if we’re really not having enough - I think we are, by the way - how do we have more? There just don’t seem to be enough hours in the day!

One time or another, most couples argue about how often to have sex. Because it always seems like everyone else is having more, and no one likes to admit, even to themselves, that they’re having less than other people. Even though our ideas of how much sex other people really have is completely unrealistic. And so we end up feeling that we’re supposed to be following some sort of crazy rule like ‘happy couples should make love three times a week,’ regardless of how we might feel about it.

Fortunately, the real rule’s different. It goes more like this: ’you should be making love as often as feels right for you both, depending on your level of desire and what’s going on in the rest of your lives.’

The trouble is, even if you do that, it always seems like one of you doesn’t want to make love as often as the other. Like the guy who thinks three times a week is ‘hardly ever’ while his partner thinks it’s ‘far too often!’ Over a lifetime that’s very common, because young men really do want much more sex than young women. And older women really do have more desire than their partners! Feelings like that can be highly disruptive. So, as difficult as it may seem, you really should sit down with your husband and discuss how often you make love. And really listen to his answers.

Talk about where your concept of the right amount of sex comes from. The movies for example. If all your ideas are coming from outside, then just forget them! Just do what feels right for you. Agree whether one of you really does want more than they’re getting, while the other wants less. If that’s the case, explore the reasons. Maybe what’s really wanted is more affection - or just plain fun. And if you both feel you should have sex more often. Plan how to do it! It’s usually just a case of getting to bed earlier, finding better ways to deal with the kids, reducing stress, or setting aside more time for each other. And sharing a few of your wilder fantasies!

Malala has said he is ready to go for a senatorial by-election in case he is expelled by Amani National Congress (ANC) party.

By Esther Muchene | 14 hours ago

By Ferdinand Mwongela | 14 hours ago