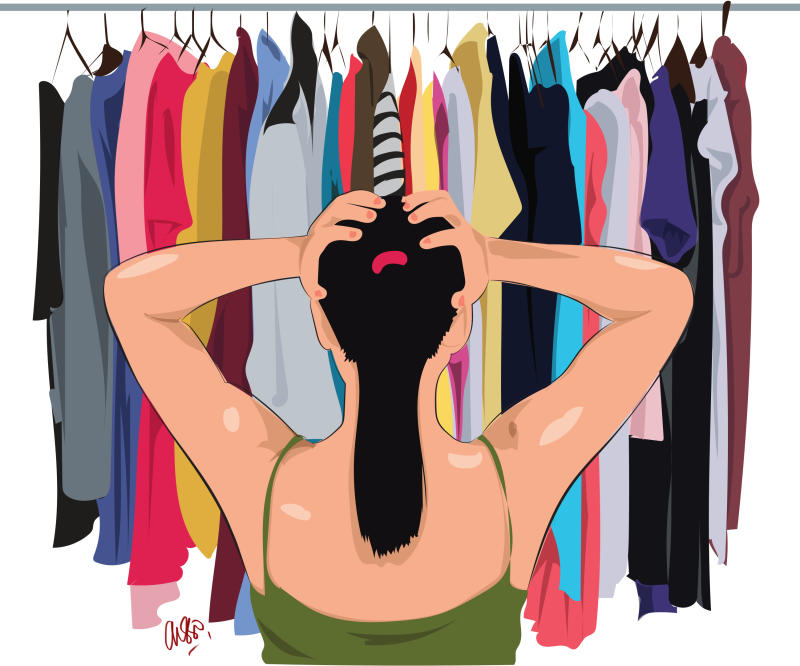 “I swear I don’t have clothes to wear,” I have heard my wife saying this more times than I can remember.

Sometimes, when Tenderoni says this, there is a big occasion coming up. This makes her suddenly come to the realisation that she does not have an outfit to wear for this event. Other times, she is just looking at her wardrobe, and she waits for me to come to the bedroom, for her to declare this statement.

Initially, when Tenderoni used to say that she did not have any clothes to wear, I would point at all the clothes in her wardrobe, some which she had not worn for months on end, and I would tell her to stop joking. Then there were times that the Holy Joe in me got the better of me, and I would preach to the poor thing that she should count her blessings, as there were other less fortunate women who would die to have a fraction of what she had.

Reading between the lines

Over the years that we have been married, I have come to learn and read between the lines, when Tenderoni says some things.

Me? I can attend funerals, weddings and other events wearing the same clothes, and I will not mind. Tenderoni has this fear of being seen with the same outfit in different occasions. I think my wife is not alone. Many brothers will confess that their wives have the same trepidation.

So, when there is an occasion coming up, and Tenderoni tells me that she does not have clothes to wear, what I hear is not a fastidious woman, but a lady who wants to look good for me. When I have the money, I make sure that she gets what she wants to wear.

I have learnt that, in marriage, if I know how to read between the lines, and I just don’t blurt out the first response that comes to mind, there will be peace and joy in the home. Preaching to my wife that she should be thankful because there are other less fortunate women is missing the boat by a river.

Being wise about it

The Bible counsels husbands to live with wisdom with their wives. When my wife says that she does not have clothes to wear, and I am broke, I reassure her and tell her that she looks sexy in certain outfits that are in her wardrobe.

A wife needs constant reassurance that she is desirable to her husband. The good thing is that I know a thing or two about fashion. (In another lifetime, I used to sell “previously worn” women’s clothes and shoes). There are outfits that I have mixed and matched for Tenderoni, and she has returned home to tell me how her girlfriends were raving about how she looked.

I have also found out that, when Tenderoni says that she does not have clothes to wear, she is saying this because of a tunnel-vision of sorts; as far as her wardrobe is concerned. She has this unwritten rule, for instance, that she should wear a kitenge outfit to a funeral.

When I come with a fresh pair of blinkers and point at – say, the little black dress that’s gathering mold at the bottom of wardrobe – and I tell her how to style it, head-to-toe, and she kills it, she will take my word when it’s one of those days. Plus, we will have saved some time and money, not to mention frayed nerves.

So, brothers, when your wife says that she doesn’t have clothes to wear, be wise about it.

Word has it that a certain Kenyan celebrity who found fame through comedy will host a mega men’s conference. It is a good idea and if well executed.