Huge dreams as Kenyans line up in final today

It will be another moment of riveting action when Kenyan charges get down to battle for medals inside Alexander Stadium at the Commonwealth Games in Birmingham, UK, today.

But it now remains to be seen if defending champion Conseslus Kipruto will orchestrate a 1-2-3 sweep for Kenya as he did at the 2018 Commonwealth Games showdown inside Carara Stadium in Gold Coast, Australia, where he led Abraham Kibiwott and Amos Kirui to silver and bronze medals.

Kipruto will lead Kenyan onslaught alongside Kibiwott and world under 20 champion Amos Serem at 1:50pm today. Amos Kirui is on the reserve list.

Kenya’s performance on the race has witnessed a steady decline in the past three years. None of the three athletes has dipped under eight minutes and the Club Games offers the nation an opportunity to redeem her waning supremacy.

Despite a rich CV that features 12 world titles and 11 Olympic crowns in the race, Kenya lost it at the Tokyo Olympic Games and the just concluded World Championships in Oregon, USA.

Kenyan men’s 1,500m stars in 2019 world champion Timothy Cheruiyot and Abel Kirui, fourth at the Tokyo Olympic Games, have a mountain to climb against homeboys in world champion Jake Wightman and Josh Kerr, the Olympic 1,500m bronze medallist, who finished fifth at the World Championships – just ahead of Cheruiyot (3:30.69) and Kipsang (3:31.21).

Kipsang, who holds the fastest time (3:31.01) this season in the line up, drew first blood on the 2022 Diamond League circuit, turning back to win the season opener in Doha meet.

Jacob Krop, the world 5,000m silver medallist, would be out to prove his mettle as he marshals forces with Nicholas Kimeli and Cornelius Kemboi.

Kimeli, a member of the Tokyo Olympic Games squad, is fresh from setting a meet record of 12:46.33 inside Stadio Olympico at the Rome Diamond League race last month, where he erased Eliud Kipchoge’s record of 12:46.53.

Kenya last won the men’s 5,000m title at the World Championships through Benjamin Limo in Helsinki, Finland, in 2005.

Mike Mokamba, who finished second in 20.82 seconds behind homeboy Zharnel Hughes (2032) in the heats, will team up with Hesbond Ochieng in 200m final. Kenyan men will also line up in 4x400m relay final today.

Front running Moraa, 22, dominated the pace from start to finish, with Nakaayi and South African Prudence Ssekgodiso in close tabs.

Millicent Ndoro and Maxmilla Imali, billed as the toughest Kenyan 200m women this season, will line up in their races in the final today. Ndoro is a police corporal attached to Central Police Station in Nakuru while Imali is attached to Directorate of Criminal Investigations (DCI).

Share this article on social media
Previous article
Ten Hag: 'Not right' to single out Ronaldo for criticism 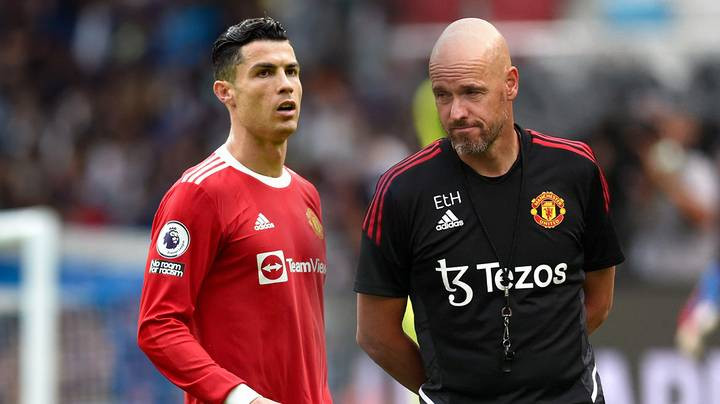