Man City says will not ask government to pay staff 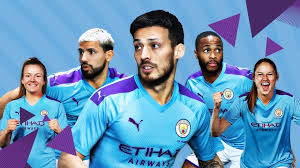 Manchester City will not seek to use the government job retention scheme and furlough staff during the shutdown caused by the coronavirus pandemic, the Premier League club has told its employees.

Several clubs, including Premier League leaders Liverpool and Tottenham Hotspur, have drawn fire for taking advantage of the government's scheme which pays 80% of the wages of staff furloughed by their companies due to the global health crisis.

City, owned by Sheikh Mansour's Abu Dhabi United Group, are the first Premier League club to state that they will not be going down that route.

Employees were sent emails this weekend reassuring them that their jobs would be protected.

"We can confirm, following a decision by the Chairman (Khaldoon Al Mubarak) and Board last week, that Manchester City will not be utilising the UK Government's Coronavirus Job Retention Scheme," a spokesperson said.

"We remain determined to protect our people, their jobs and our business whilst at the same time doing what we can to support our wider community at this most challenging time for everybody."

The Professional Footballers' Association (PFA) is in a stand-off with the Premier League over whether or not players should agree to 30% pay cuts due to the season being suspended.

The players union's apparent reluctance to endorse wage cuts has led to accusations of "infighting" from Oliver Dowden, Britain's Secretary of State for Digital, Culture, Media and Sport.

With the issue of players' wages during the shutdown rumbling on across Europe and England's rich top-flight clubs being closely scrutinised, Liverpool's announcement that it will furlough many employees is looking like a PR own goal.

"(Liverpool manager) Jurgen Klopp showed compassion for all at the start of this pandemic, senior players heavily involved in @premierleague players taking wage cuts," he said on Twitter.

"Then all that respect & goodwill is lost, poor this @LFC."

Tottenham, Bournemouth, Newcastle United and Norwich City have all furloughed staff during the health crisis that has claimed 4,934 lives in Britain as of Saturday evening.

An internal document seen by Reuters on Sunday showed FIFA is getting ready to deal with complaints and appeals over wage cuts for players, producing guidelines for clubs looking to cut costs during the stoppage caused by the pandemic.