Kakamega Homeboyz also moved to second place after beating Zoo Kericho by a solitary goal in Kericho as Kariobangi Sharks ended their 10-match winless run by edging out Bandari 1-0 at Kasarani Stadium.

Ulinzi Stars also went into the top four after handing Wazito their ninth loss of the season in a 1-0 win over the KPL moneybags with KCB and Western Stima completing second-half comebacks to win 2-1 against Sofapaka and Mathare United respectively.

At the same time, bottom-placed Chemelil Sugar recovered from the humiliating 7-0 loss to Tusker to beat Nzoia Sugar 1-0 and bag their first win of the campaign.

At Kenyatta Stadium in Machakos, Sammy Odero scored with virtually the last kick of the match as Posta Rangers stunned AFC Leopards 2-1 and return to winning ways.

The match looked destined to end in a draw before Leopards goalkeeper Ezekiel Owade parried a cross that fell kindly for Odero who unleashed a left-footed strike into the bottom corner to give Rangers maximum points.

“We conceded at a very bad time so there is nothing much we could do to change the result of the match,” said Leopards coach Anthony Kimani.

The loss, Ingwe’s first since the 4-1 defeat by Gor Mahia last year, left them in the seventh position with 25 points while Rangers rose to ninth with 22 points.

Francis Nambute showed great composure, controlling Gearson Likonoh’s cross before slotting past Owade to give Rangers the lead five minutes into the second half.

Leopards did not take much time in finding an equaliser as their top scorer John Makwatta found the back of the net from the spot after Suleiman Ngotho had clipped Bonface Mukhekhe’s heel inside the area.

At Ruaraka, Jackson Macharia and Timothy Otieno’s 10th strike of the season saw the Brewers leapfrog defending champions Gor Mahia to the top of the KPL standings with 34 points.

“We knew the visitors would come hard at us considering they are fighting to regain form and survive but I am happy with the way the team responded and the first half narrow lead was key to winning the match. Our focus now shifts to maintaining the winning mentality,” Tusker coach Robert Matano said.

The win propelled them to second in the table with 33 points, one more than Gor Mahia who are not in action until the weekend.

In Nairobi, Tom Machika’s ninth-minute goal was enough to hand Kariobangi Sharks a 1-0 win over Bandari at Kasarani as KCB recovered from a goal down at half-time to beat Sofapaka 2-1 in Machakos.

Brian Ochieng cancelled out Collins Wakhungu’s opener before he sealed his brace and maximum points for Zedekiah Otieno’s charges after getting on the end of Enock Agwanda’s cut-back to apply a clever finish from the edge of the penalty area.

“We knew from the start that Sofapaka would come and try to hit us on the counter.

“We made a mistake and conceded in the first half after which we decided to make corrections in the second half.

“It is not easy to overturn a deficit against a team of Sofapaka’s quality but all in all I think we played well and deserved to win,” Zedekiah Otieno said. 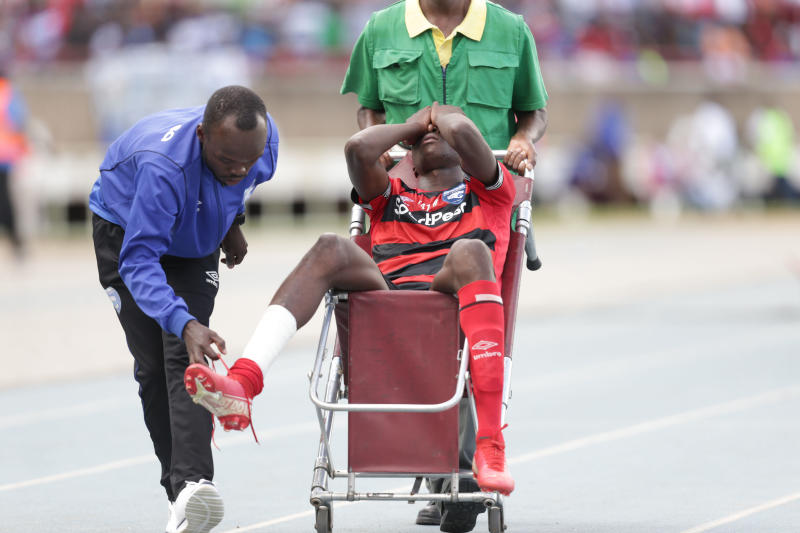