Deputy President William Ruto has engaged a fresh political strategy to consolidate support across the country by creating regional caucuses ahead of next year’s General Election.

Yesterday, Ruto spent the day with representatives from 11 counties from Mount Kenya region to listen to their views on economic recovery. The DP also unveiled his plans for the region if he wins the presidency.

After meeting the Mt Kenya leaders, Ruto is expected to host leaders from Western, Coast, North Eastern, Rift Valley and Nyanza in the next one month ahead of a national conference, where insiders say he will roll out his political and economic and blueprint.

The DP has engaged economic strategists and think-tanks, led by former Central Bank of Kenya Governor Prof Njuguna Ndung’u and Prof David Ndii, to work on his economic blueprint.

Ruto is keen to succeed President Uhuru Kenyatta and has laid down elaborate plans, including unveiling of the United Democratic Alliance (UDA) party, formulation of a movement christened ‘Hustler Nation’ and activating regional parties allied to him.

It is understood that these regional economic blocs will later form a formidable unit to solidify the bottom-up, middle-out economic model that will anchor and build Ruto’s 2022 manifesto. Mt Kenya region is the first ahead of the others.

Yesterday President Kenyatta extended the ban on political gatherings as a Covid-19 containment measure, and Ruto has resorted to meeting leaders, strategists and representatives of various interest groups and business people in small meetings.

Mathira MP Rigathi Gachagua told The Sunday Standard that they did a PowerPoint presentation to the DP on his bottom-up approach, economic details and other demands.

Last week, 62 MPs from Mt Kenya met at Rigathi’s home in Limuru, Kiambu County, and prepared a list of demands that they presented to Ruto at the Masai Mara meeting.

In the Limuru meeting, the MPs picked 11 representatives from Nyeri, Kiambu, Murang’a, Kirinyaga, Meru, Embu, Tharaka Nithi, Nyandarua, Laikipia, Nairobi and Nakuru to spearhead the engagements with the DP.

The committee has two sub-committees of economic recovery chaired by Kiharu MP Ndindi Nyoro and agriculture and livestock led by Tigania West MP John Mutunga. The sub-committees are supposed to work on a new strategic plan that seeks to re-engineer the economic model.

Gachagua said the engagement by the region’s leaders seeks to restore the nation’s economy to the “trajectory that President Mwai Kibaki left it at”.

“We requested to meet the DP and hear his economic plans for our region and also share our thinking on what is best for our people whose businesses have been wiped out and they are ready for change,” he said.

Gachagua said Ruto spent most of the morning session yesterday explaining to them his bottom-up economic model and last night and today morning they will also present to him their demands from the region.

He said their discussion with Ruto centered on job creation, enterprise development and business support, incorporating the transition from imports to cottage industries and onward to manufacturing.

In the meeting, Kikuyu MP Kimani Ichung’wah said the DP presented his national economic framework centred around the economic model and the leaders identified and discussed issues of their economic bloc and how the issues will fit into this national framework.

The leaders, according to Ichungwa’h, had agreed on a framework that will enable a wider engagement with people from the grassroots around the economic recovery agenda.

The next planned regional meeting will be at the Coast, followed by Western and Nyanza.

Yesterday, Nyeri Town MP Ngunjiri Wambugu and his Lugari counterpart Ayub Savula dismissed the regional caucus meetings, saying they will not achieve much. They asked Ruto to resign if he had lost confidence with economic experts in his government.

“How do you make economic plans with experts opposing the current government that Ruto is inside? He needs to leave government and operate as opposition,” said Wambugu.

Savula claimed Ruto had lost support in Western and will not get leaders to caucus with. “Who will he have the regional caucus with? He no longer has MPs allied to him and is only left with Washiali,” said Savula.

By Daniel Wesangula and Benard Sanga | 1 year ago

By Peter Muiruri | 3 years ago

'Slaves to debt': fashion models speak out about catwalk misery 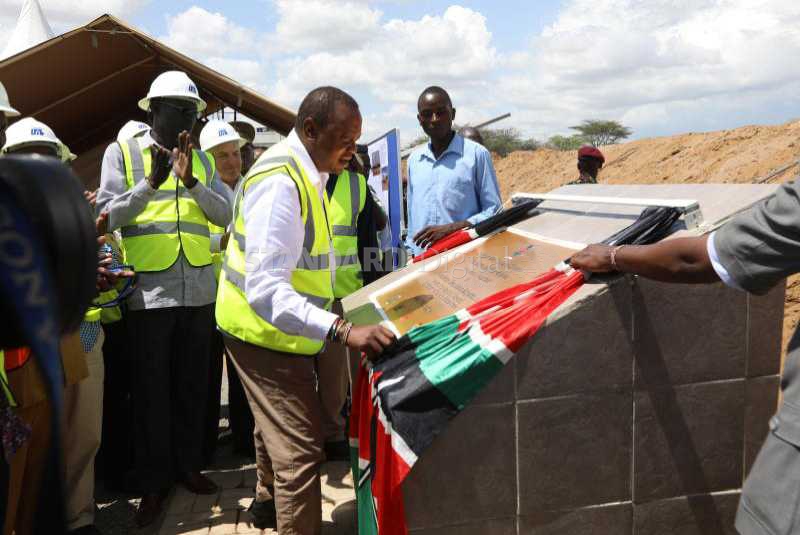 By Japheth Ogila | 3 years ago

Rising economic giant: Why Turkana is the place to be
;
Feedback