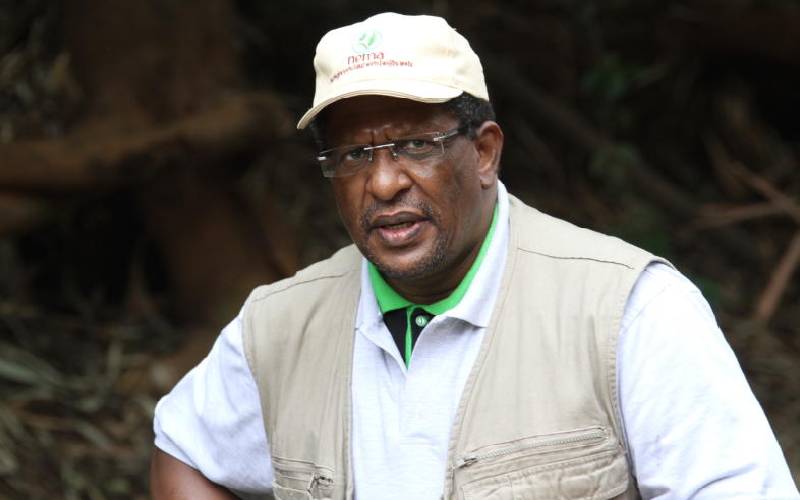 In the same case, they have also sued Rift Regional Commissioner George Natembeya and the Chief Conservator of Forests Julius Kamau.

The over 40,000 residents, through their leaders, accuse the three of failing to obey a court order issued by the Environment and Lands Court in Nakuru on July 20, this year.

In the case filed by Nakuru Member of County Assembly Samuel Tonui under a certificate of urgency, the residents stated Kenya Forest Service, the Attorney General and the government officials violated the order and began another exercise of purporting to re-survey the subject settlement schemes.

In the case, the evicted families claimed the officials purported to demarcate land claiming the boundary between settlement schemes and the forest had been interfered with despite the existence of a court order.

“The respondents (KFS, Tobiko, Natembeya and the AG) have disobeyed the orders of this honourable court by continuing to evict, displace and/or eject the residents of Nessuit, Marioshoni, Sururu, Likia and Sigotik settlement schemes from their lands,” read the suit in part.

The residents want the court to order the Chief Conservator of Forests, the Regional Commissioner, the CS and the AG committed to six months of civil jail for disobeying court orders.

Lawyer Kipkoech Ng’etich acting for the locals said the government officials should explain to the court why they should not be committed to civil jail for disobeying court orders.

“In alternative Tobiko, Natembeya, the AG and Chief Conservator Forests each be fined Sh100 million for disobeying court orders,” continued the suit.

The suit papers state that Tobiko, an advocate of the High Court, ought to have known better than court orders are binding.

Tobiko, it further states, has failed as a State officer and also as an officer of the court to advise his juniors on why obeying court orders is paramount in a country governed by the rule of law.

In July 2020, the locals moved to court seeking orders to stop the evictions. Environment and Lands Court Judge John Mutungi issued conservatory orders staying commencement and continuation of the forceful evictions on July 20.

The case was mentioned on July 30 for direction and the same orders extended up to September 22.

“That despite being served with the orders and despite lawyers representing the government being aware that the orders were extended, the officials have continued to interfere with the quiet and peaceful enjoyment of property by residents of Nessuit, Marioshoni, Sururu, Likia and Sigotik settlement schemes,” read the suit.

The locals claim no explanation has been given as to why the government has continued to evict them from the area and want the court to intervene and save them from their plight.

Justice Millicent Odeny of Eldoret Environment and Lands Court last week certified the matter as urgent and ordered that it be mentioned on September 22 for direction.

Previous article
Obado's removal process gathers speed
Next article
Would you give away a billion shillings?